As many of you are already aware, my home state of Queensland has suffered one of its worst natural disasters in recorded history.  Queensland is a huge state ... it's around 668,000 square miles / 1,731,000 sq kms.  That's bigger than Texas and over 13 times the size of England!  The flooding has affected half our State!

It's being called a disaster of biblical proportions ...
It's one thing to read these facts and figures, it's another thing entirely to see the video footage and photos.  Now normally the sight of a massive snake clinging to a post would definitely  not provoke any sympathy from me whatsoever, but the sight of this creature surrounded by water did! 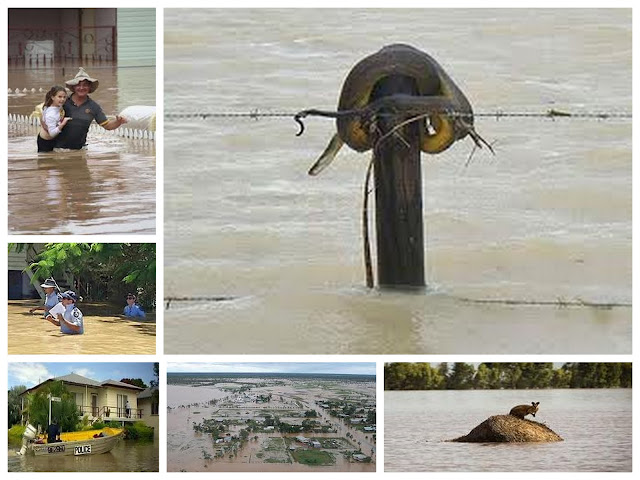 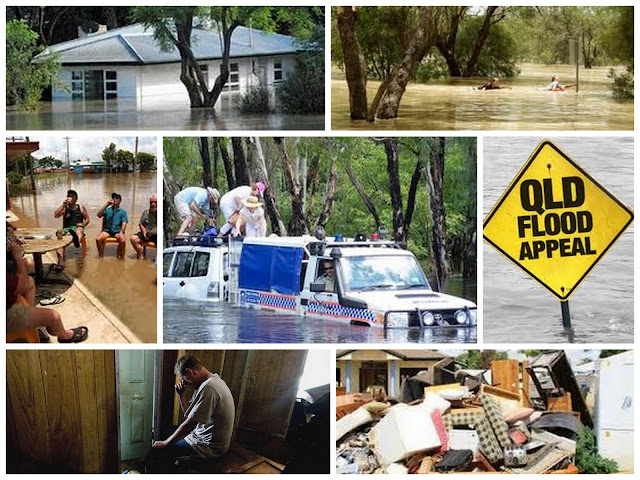 I think it's the photo bottom left that breaks my heart the most.  I'm so fortunate that I'm nowhere near the flooded areas, nor is any of my family or any of my dear friends.

I thought I'd add a link to the latest news report from one of our most respected news sources.  This is the latest update as of midday today:
No respite for flood-stricken Queensland

Already the facts and figures I wrote about in this post have drastically changed.  The flooding has now affected three-quarters or our state and they death toll has risen.

I've now updated ... and I've posted once more about the disaster that just keeps on unfolding here.  Click on this link:
My latest post
at 10:13 AM