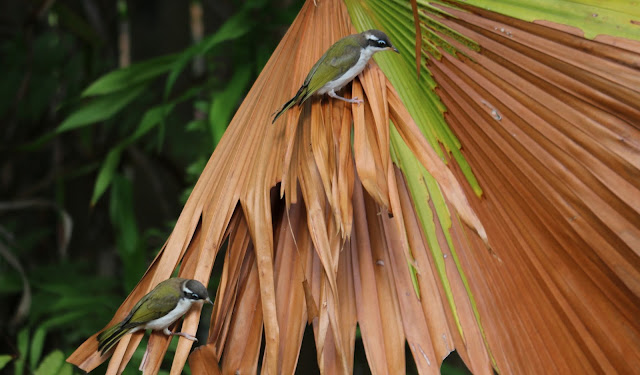 Our dry season is in full swing now.  It's been a long time since we received decent heavy ground-soaking rain.  January saw some heavy rain fall from the skies above, but that was pretty much the end of our wet season.  It's supposed to last for around three months.  It didn't, and so the dry is far more pronounced this year.

We've had next to no rain fall since the end of April, and the last couple of months has seen a constant flow of winged visitors coming to the garden in search of water, nectar and seeds.  I've tried to capture as many of these visitors as possible since the beginning of our wintertime, which is mid-dry season for us.

I've seen loads of the honeyeater family of birds dropping by for a quick drink in our pond. 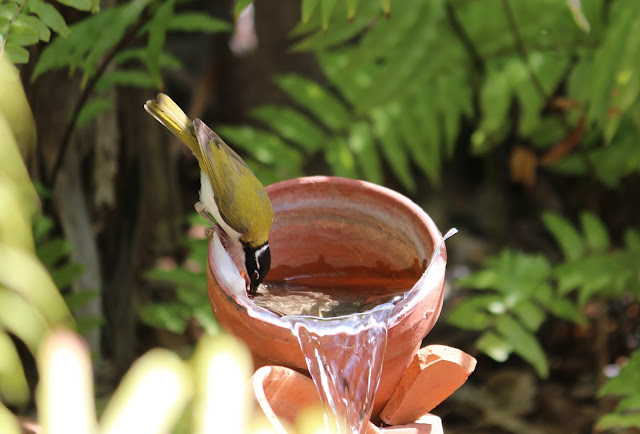 The Honeyeaters have also been enjoying the nectar of some of their favourite flowers, when they can find them. 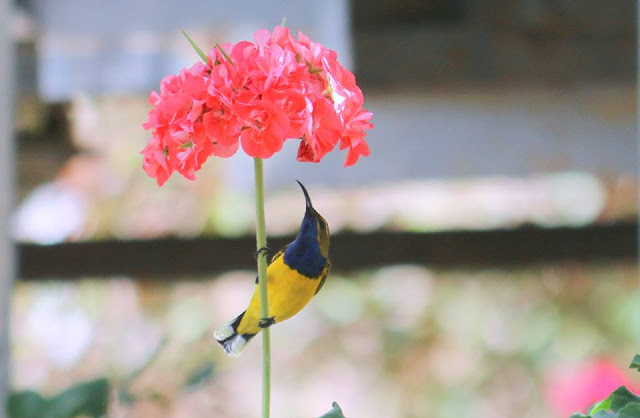 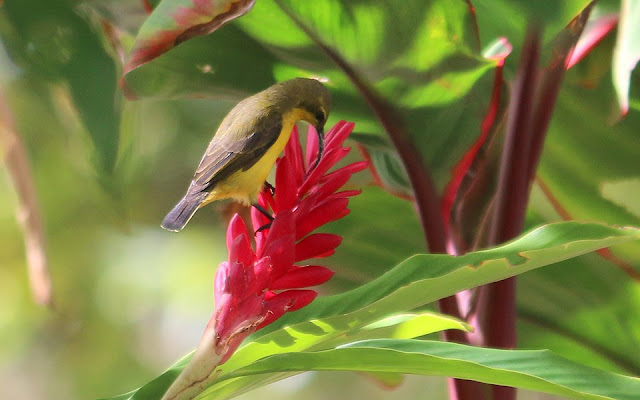 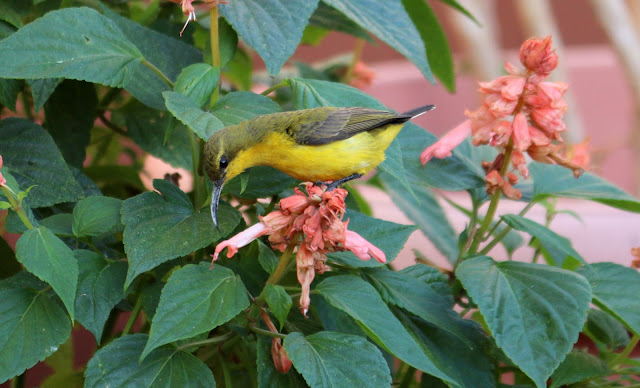 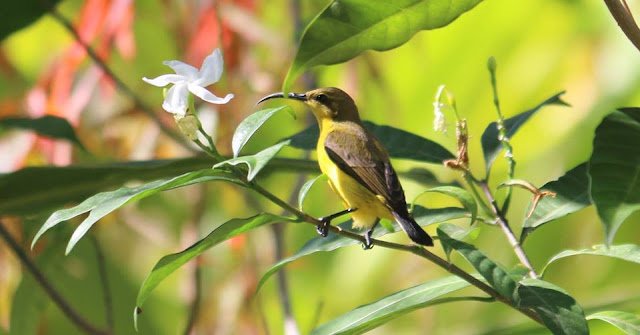 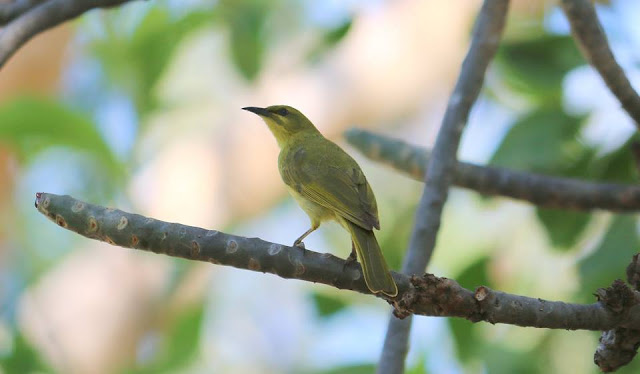 The native Sterculia quadrifida, commonly known as the Peanut Tree, has been covered in seed pods and many birds are coming in to feast on the seeds inside. 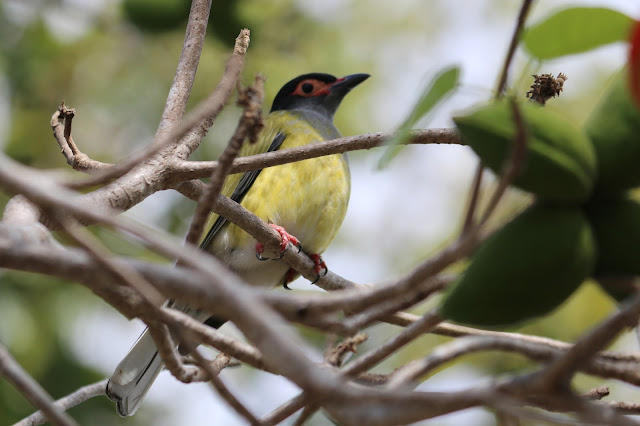 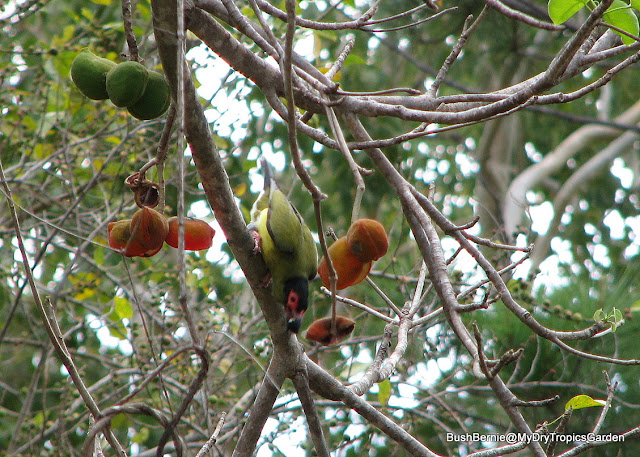 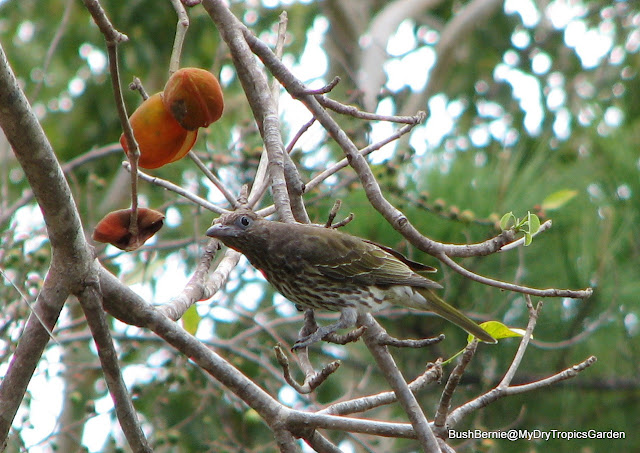 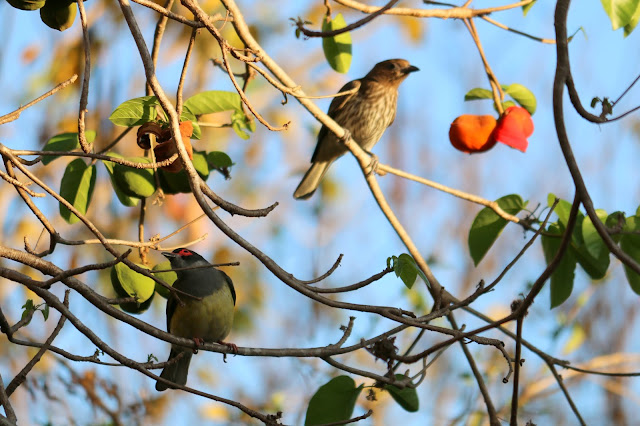 Male and female looking for the best seeds.

The Figbirds have also been feasting on the fig fruit of our native Sandpaper Fig Tree, 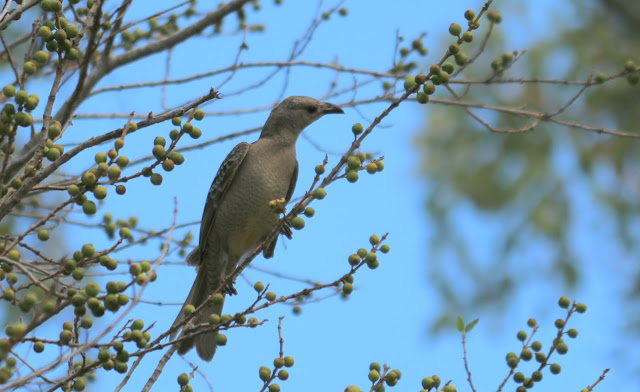 but I've only managed to capture a shot of the Great Bower Bird feasting on the fig tree fruit.

The two Cadaghi Gum trees have been in bloom and attracting lots of birds including, 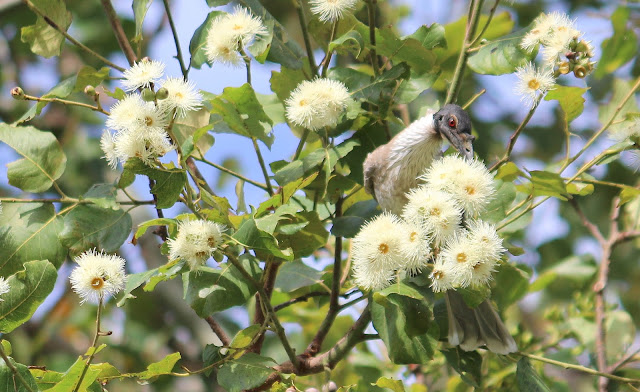 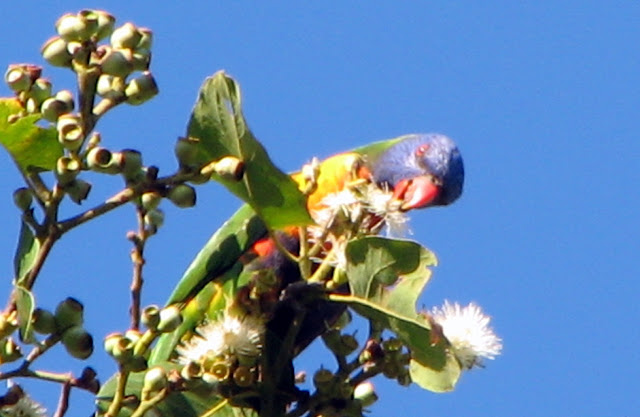 Right now though, blooms are light on thanks to the marauding mob of wallabies that have made our place their favourite restaurant in the last few weeks.  (For more on this, pop over to my other blog to see the latest post)  I'm seeing less and less of our visitors as it seems they've moved on in search of better pickings. 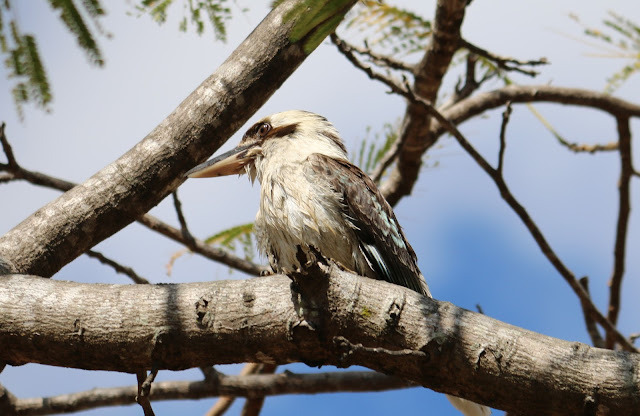 Even the regulars, such as the Kookaburras which are usually seen, and heard, on a daily basis are suddenly few and far between.  This fellow, seen after taking a quick shower under the sprinkler, is the only Kookaburra I've seen around here for ages.  The usual deafening din of the ealry morning Kookaburra wake-up call has become rather quiet of late, as it seems the large family has moved on for a while.
at 10:47 AM

Email ThisBlogThis!Share to TwitterShare to FacebookShare to Pinterest
Labels: birds in the garden, dry season, Spring in the garden, Wildlife on Wednesday