A Break From The Everyday!

Well I've been away for a little while ... so apologies for what probably appeared to be neglect in acknowledgement of comments.  I have been away on 'retreat'.  I am quite lucky to have an employer that offers the chance to get away on these breaks every few years.  It's an opportunity to leave our everyday life and classrooms for a while, to spend time reflecting on and contemplating about some of life's big questions.

My 'retreat' was a silent retreat.   We were discouraged from taking phones, laptops, ipods or anything that might prove to be a distraction.  We were even discouraged from turning on the television!  Sounds harsh, but it was in fact quite a peaceful, serene escape from my busy day-to-day life.

Here are some of the early morning views I had to put up with from my balcony, before I headed off to meditation sessions down on the beach front! 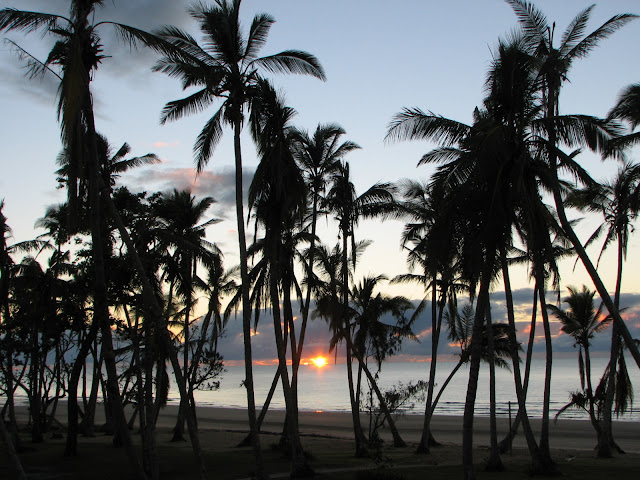 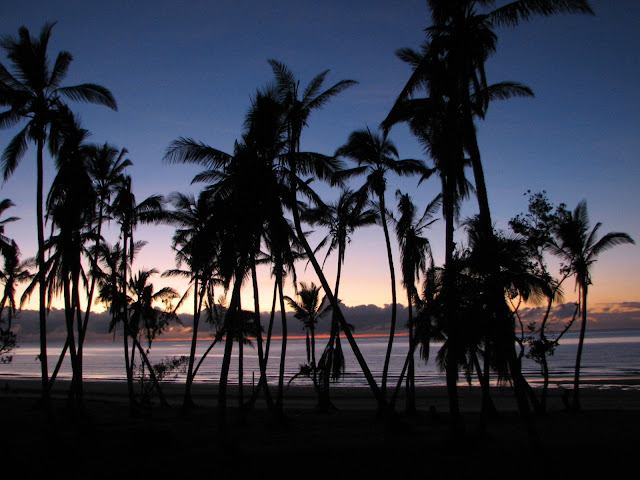 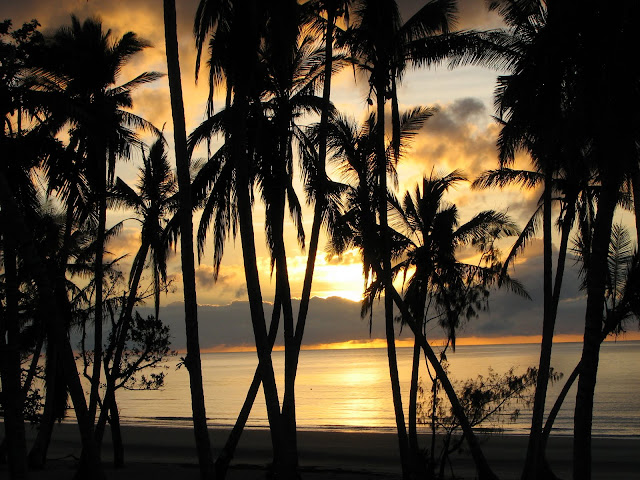 Oh yes!  It's hard to be very, very quiet all day, but after the initial withdrawal symptoms, I settled into the daily routine fairly easily!   I spent a great deal of time wandering up and down the long, long stretches of beach.  It was a very picturesque location and the perfect spot to slow down and be still. 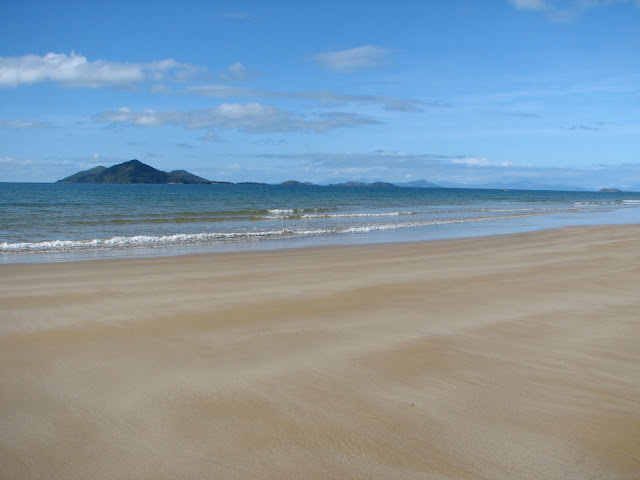 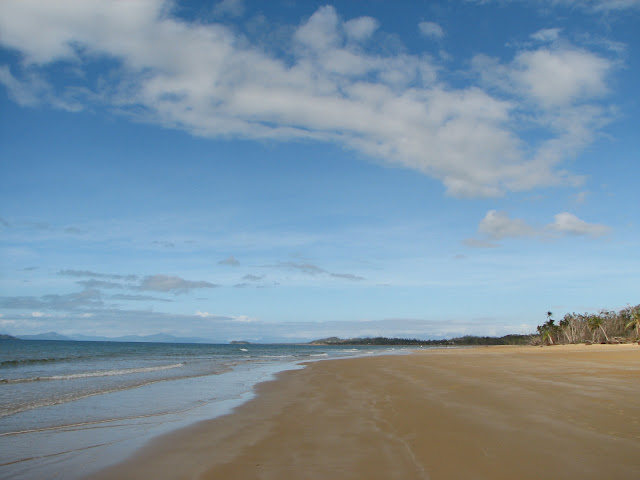 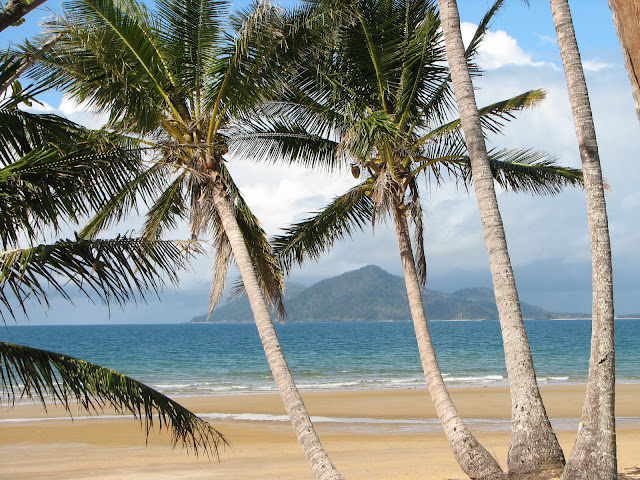 It's amazing how, when you really slow down and take the time, you start to notice all the details in your surroundings.  Here's a collection of some of the many, many photos I took during my contemplative wanderings. 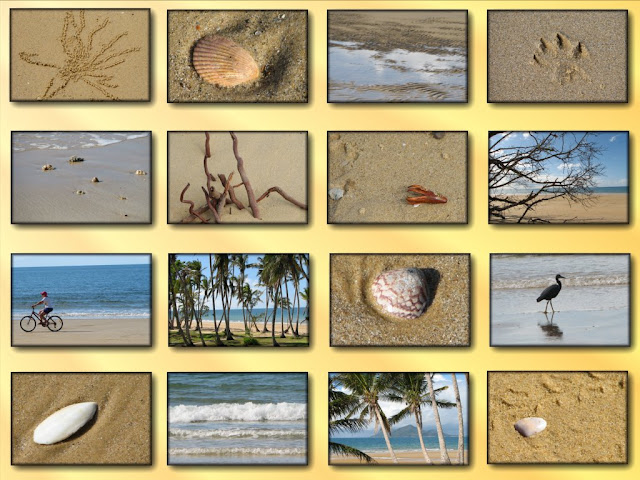 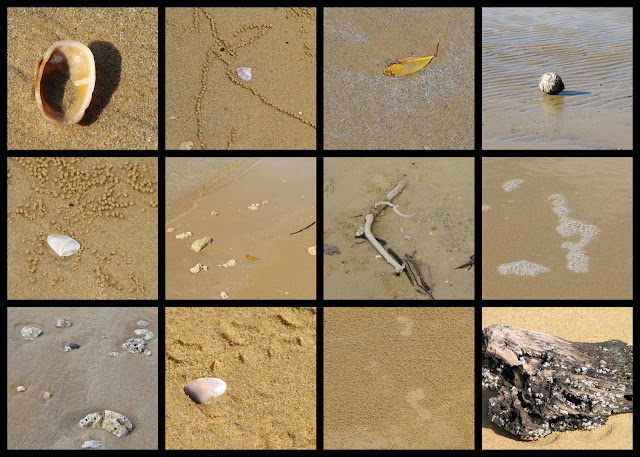 The location for my retreat is a place known as Mission Beach and, unfortunately the centre or 'eye' of Cyclone Yasi crossed the coast in this area earlier this year.  The devastation wreaked by Yasi is still in evidence, especially in the nearby small town of Cardwell.  The rainforest areas around Mission Beach itself, were all stripped and flattened. 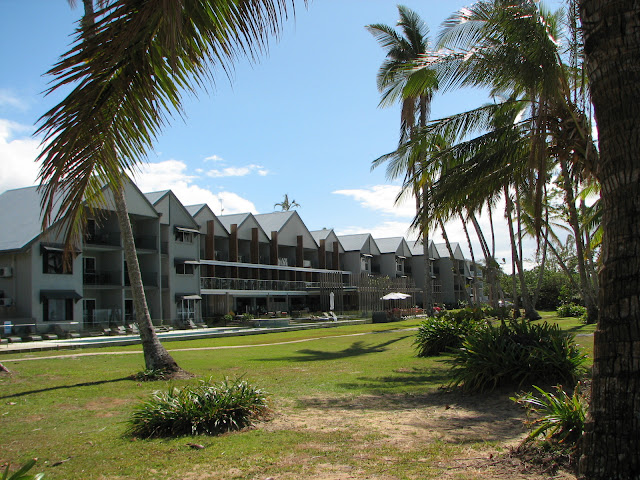 As you can see from the photo above, the garden areas around the resort where I was staying were looking rather bare.  Having stayed at this resort just last year with my husband, it was evident that lots of trees and shrubs had been knocked over and damaged ... there were lots of bare patches.  But, even in the midst of all this I did find just a few flowers on some Hibiscus shrubs that had survived. 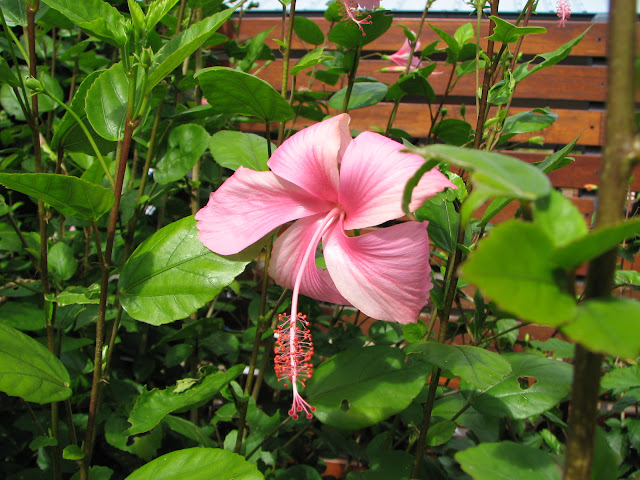 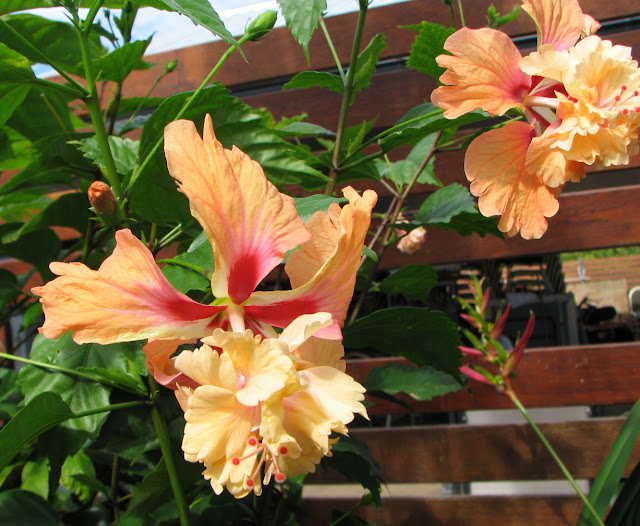 Upon noticing the lack of blooms in the resort garden, I was inspired to add flowers to the mandala that our group was creating during some of our sessions together.  Artistic flair is a hidden talent in me ... as you can tell, it's hidden way down deep, lol!!! 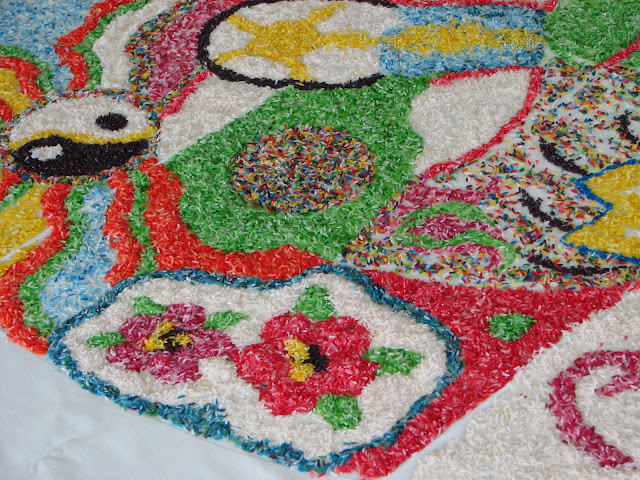 Despite posting a little early, I'm joining Tootsie for her Flaunt Your Flowers / Fertilizer Friday meme and I'm also joining Mary for her Mosaic Monday meme.  Be sure to visit both these memes to enjoy some terrific posts.

I'm off again ... this time I'm off to visit my family down south ... so, I'll be back to regular posting, on the right days, next week.   If I miss comments in the mean time, I will make sure to try and catch up upon my return.
at 3:02 PM