Our 'wet' season has begun with a bang!

Summer here in north-eastern Australia is our 'wet' season ... the time of year when we receive heavy rainfall, when cyclones often hit bringing torrential downpours and cyclonic winds and when we swelter in the heat and humidity.   After our usual 'dry' season didn't eventuate in 2010, we started wondering just how the 'wet ' season would turn out ... well it's opened with a bang!

On Christmas morning we experienced the first cyclone for the Summer ... Cyclone Tasha crossed the coast a little further north, but fortunately was only Category 1.  We received torrential rainfall all day, and there were a few areas in our city that flooded.  As we live outside the city area, it was an adventure getting to our family's Christmas dinner! 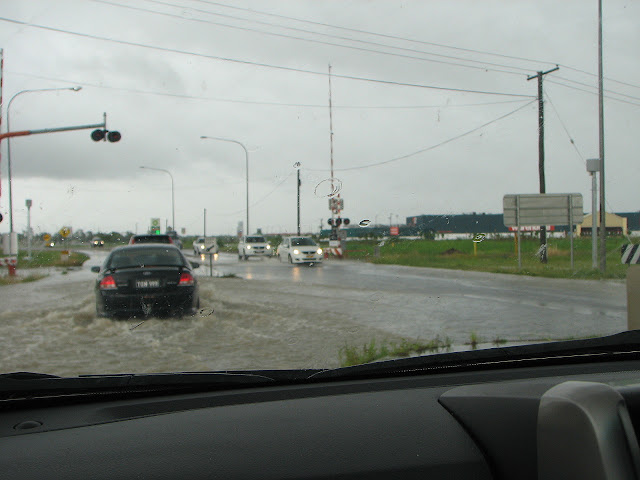 We were concerned we might not be able to get back to our house, but fortunately the water drained away fairly well and the roads were passable.  When we arrived home, we were greeted with sights like this in the garden. 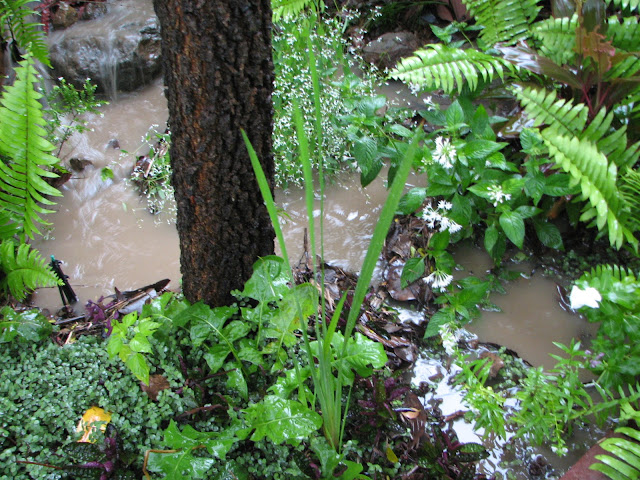 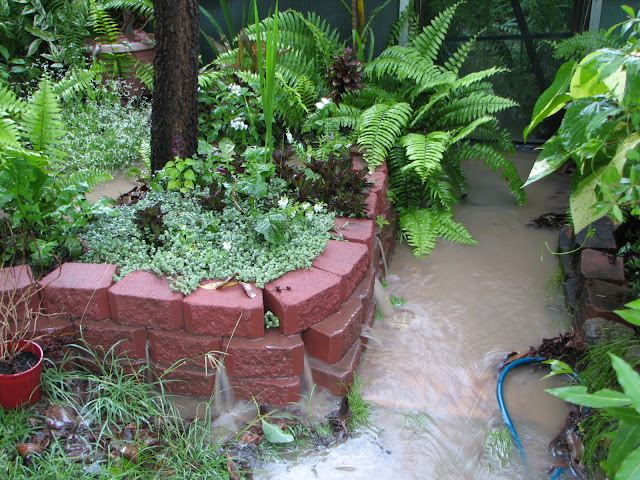 On Boxing Day, Cyclone Tasha had deteriorated, turned into a rain depression and was travelling south.  So were hubbie and I.  We headed off on Boxing Day to visit our eldest son and grandchildren down in the south-east corner of our state.  Whilst we sat complaining about the almost non-stop dreary wet weather down there as well, we watched reports on the television of the disastrous flooding that was occurring all across the centre of Queensland.

Just to give you an idea of how big the problem is, here's some facts and figures.

Flood water now covers almost half our state ... that's about the size of France and Germany combined!
Around 200,000 people in 22 townships and cities have been affected!
Around 4000 people will be staying in evacuation centres by the end of the week!
Several highways and many, many roads have been covered by water or simply washed away! 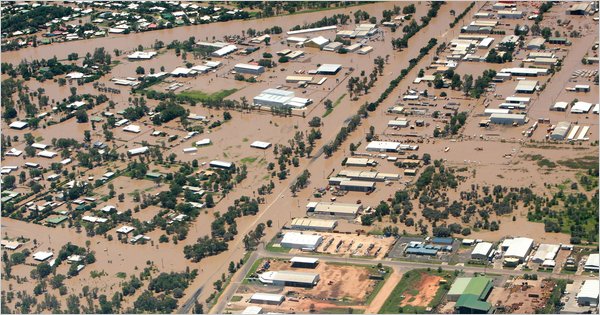 It's a miserable start to the new year for so many people ... so we've been quite lucky up here in the north!  Well, so far anyway!   But I'm wondering just what might happen if our 'wet' season gets any worse ... after a topsy-turvy year weather-wise in 2010, I'm starting to get a little worried about just what 2011 has in store!
at 1:00 AM