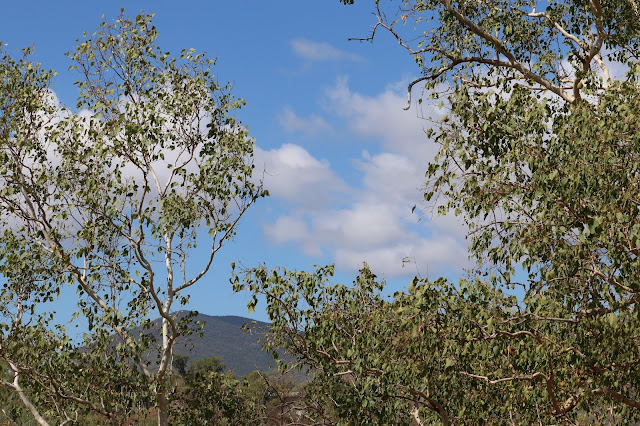 Our wintertime is well and truly ended.  It's been one of the warmest winters I can recall for quite some time, and given that tropical winters are usually very, very mild anyway, you could be forgiven for thinking we hadn't had a winter at all.  Officially the last day of winter is tomorrow, August 31st, but the high-20C temps. over the last few weeks has meant it was over ages ago.

The long period of very warm winter temps., added to the failure of the wet season at the beginning of the year, has meant a seemingly intensified dry season.  My place is quite simply bone dry!  I've been working hard at keeping the new garden beds going and I've had to resort to using the sprinkler at least every second day.  Right now there are watering restrictions in place across our city council zone, so I will only be able to use the sprinkler twice a week from now on.

There are little bursts of colour here and there around our place that provide a break from the dryness as you wander around.   Thankfully, many of the potted plants sitting out in the courtyard are in bloom right now. 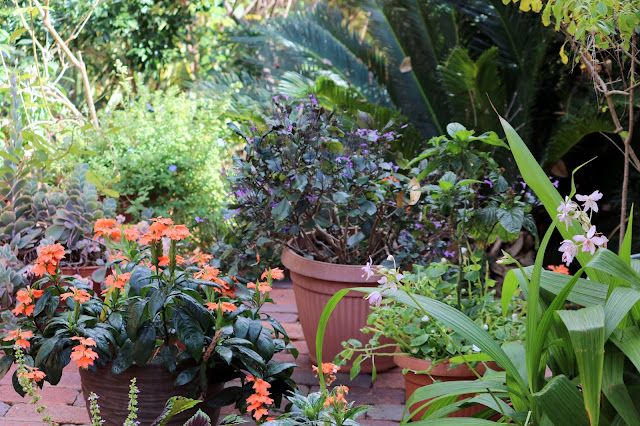 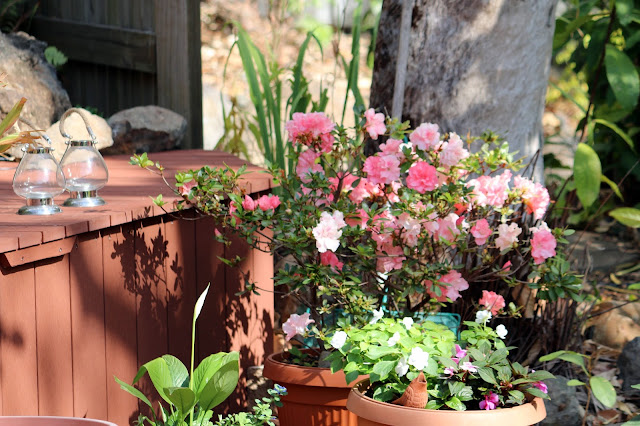 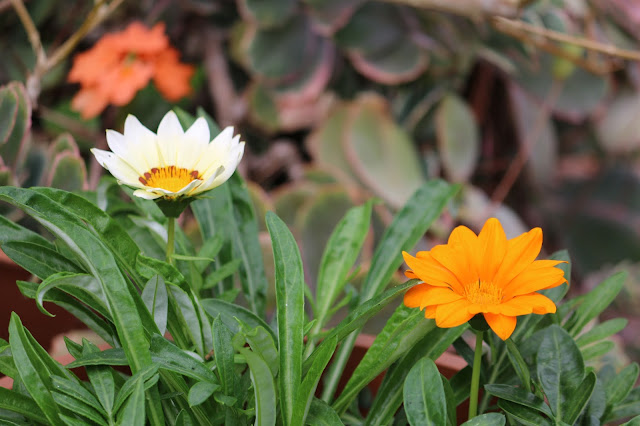 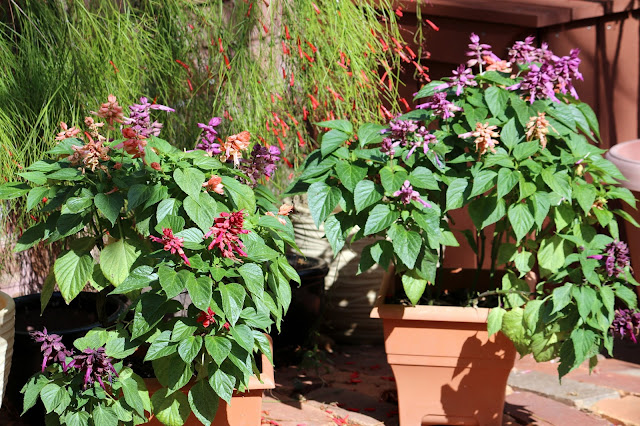 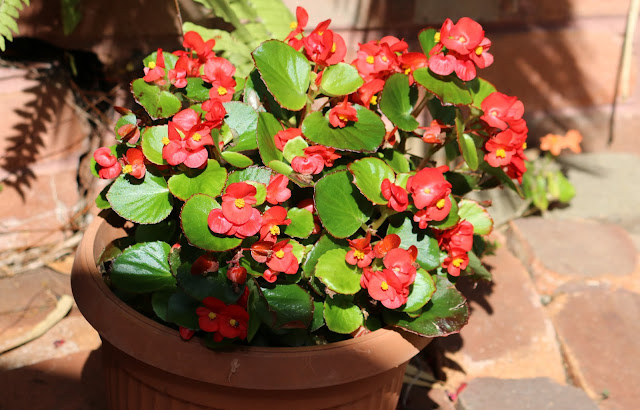 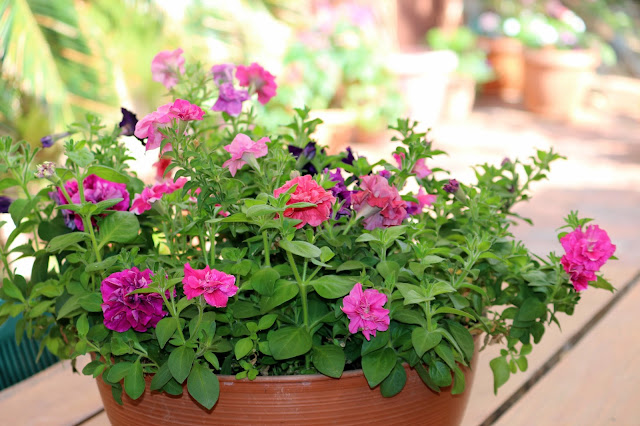 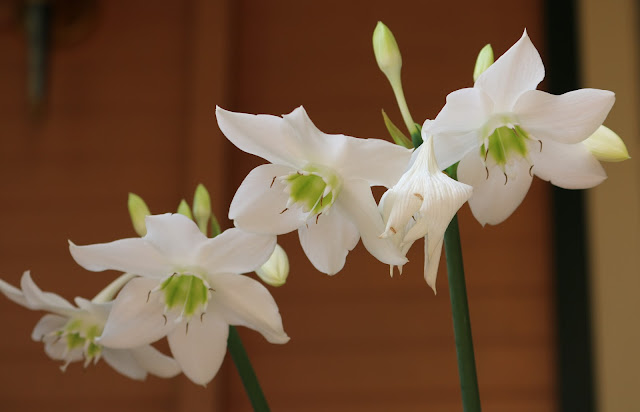 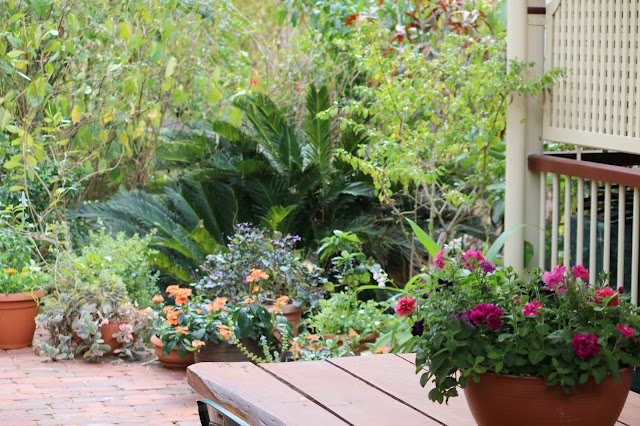 Down the driveway, my Tabebuia impetignosa has been covered in blooms and the cheery purple flowers greet me as I arrive home after work every day.  It's a delight to spot them as I get closer to home. 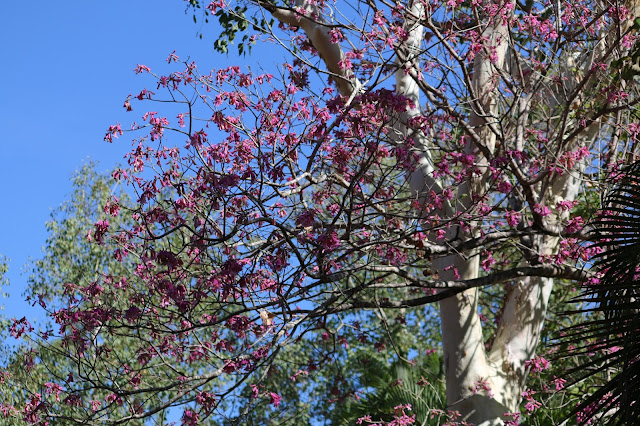 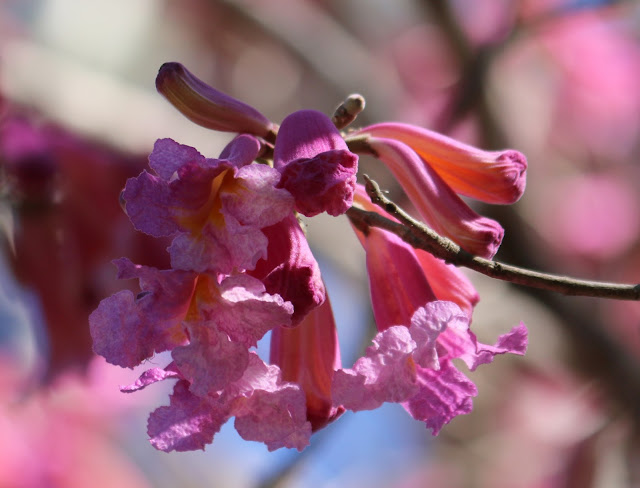 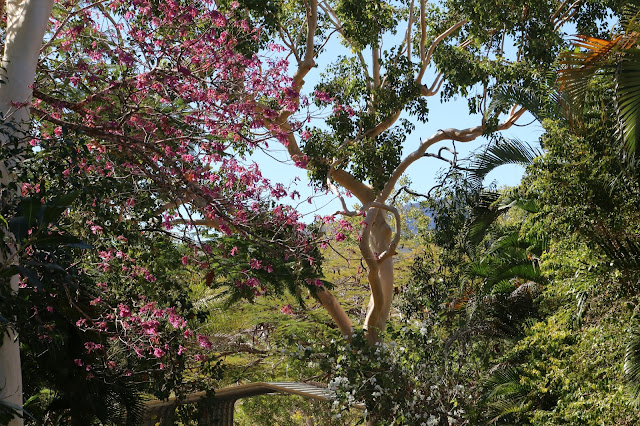 There's also white and purple Bauhinia flowers to be spotted as I travel down the long driveway in the afternoons. 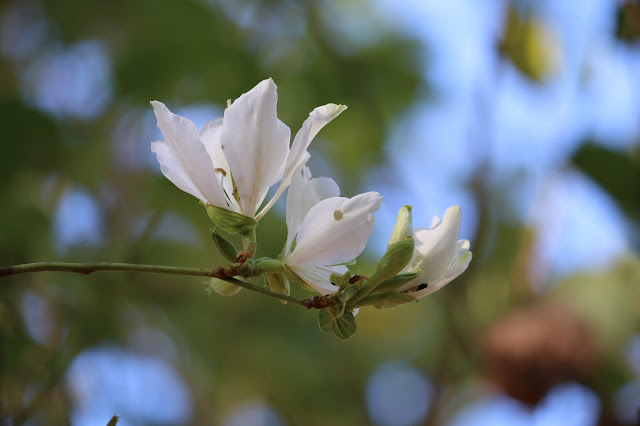 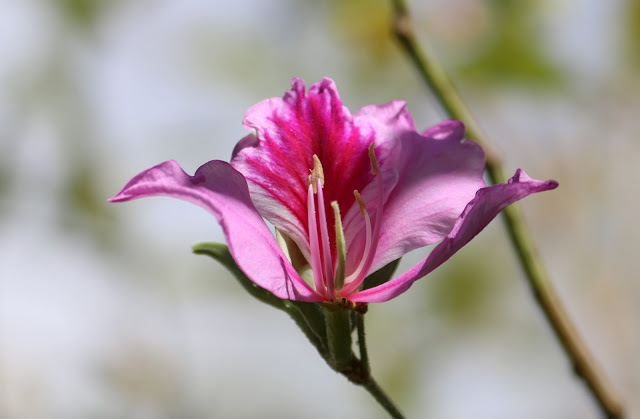 The few blooms, seeds and berries around the place have been attracting quite a bit of birdlife as they seize upon any available source of food. 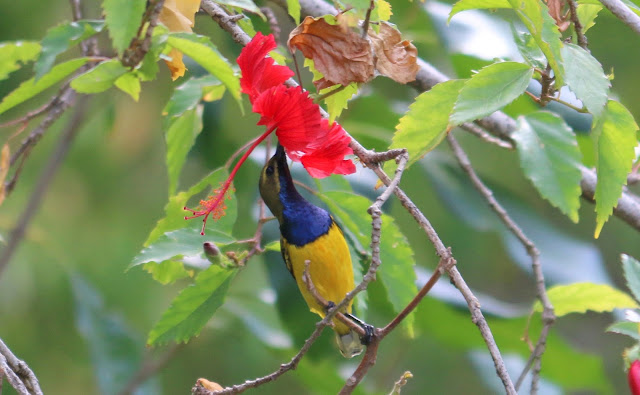 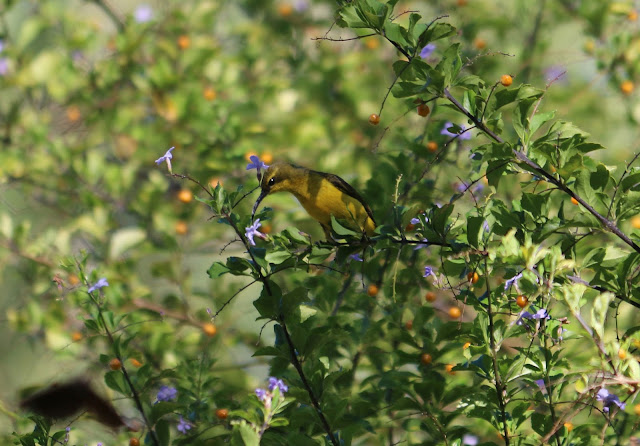 Female Sunbird drinking the nectar from the Duranta flowers. 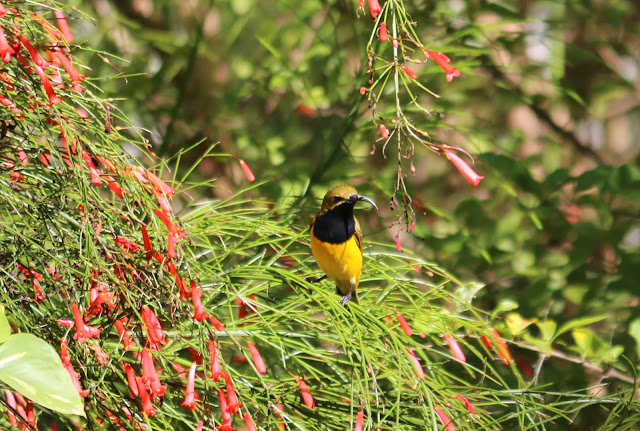 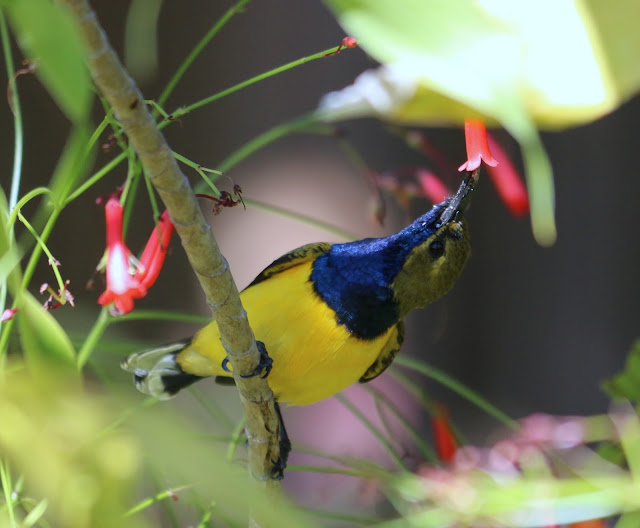 Spring officially begins tomorrow
at 11:19 AM

Email ThisBlogThis!Share to TwitterShare to FacebookShare to Pinterest
Labels: August, What's On Show, Winter in the garden