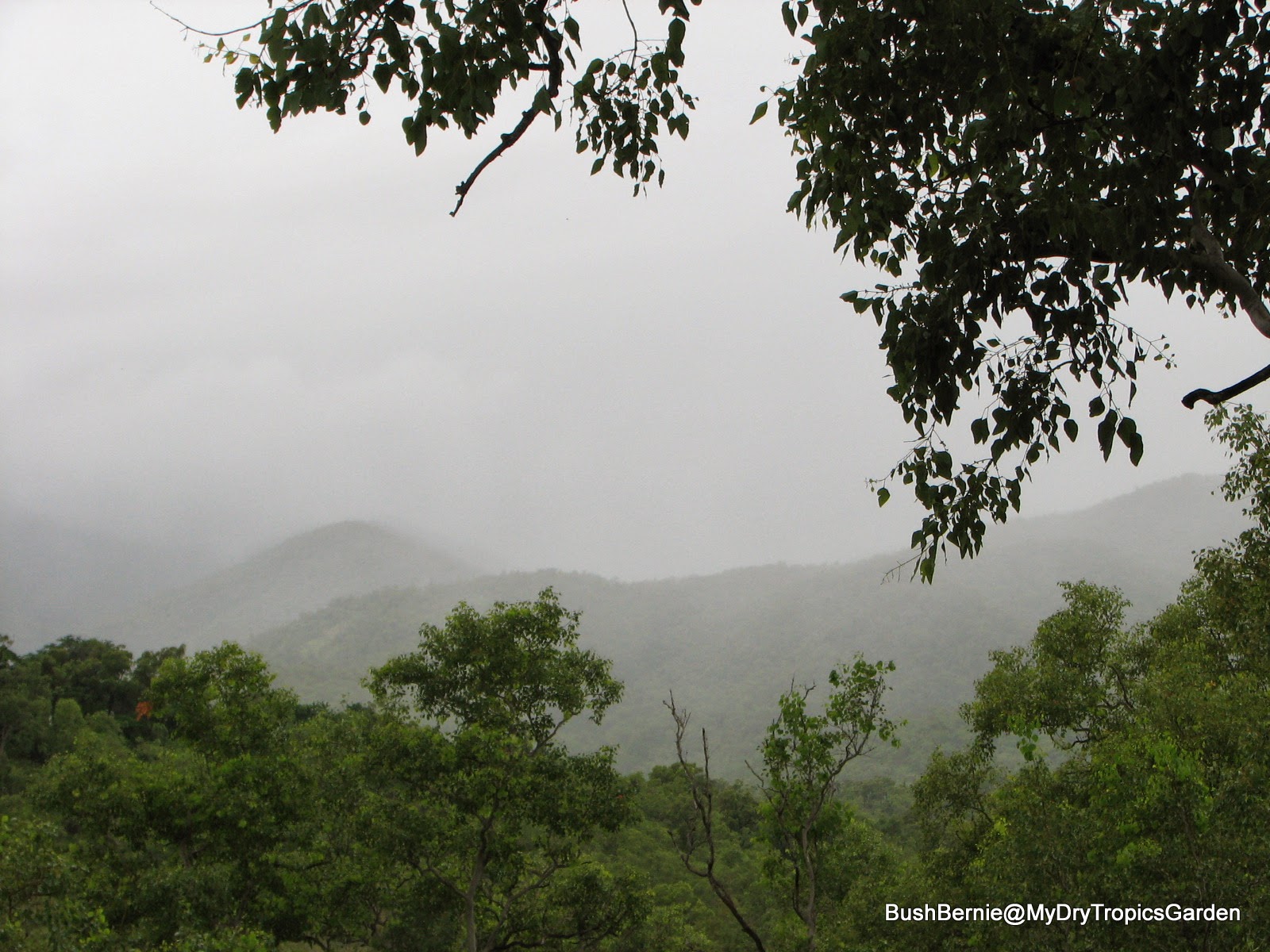 We're almost at the end of our first Autumn month and we're getting a few squally patches of rain coming over the hills today.  In between these occasional patches, there's been a very light drizzle since very early this morning.  It's still wet season here, but this is the first bit of rain we've had since about mid-February.  It's not heavy enough to soak very far into the ground here, but it's refreshing.  All in all, the 2013-2014 wet season has been a bit of a disappointment.  There are predictions for more rain over this coming weekend, so we'll wait and see what eventuates.

March is the first month of Autumn here, but you will not see leaves changing colour on loads of leaves falling off the tree.  Most of the trees around here are evergreen, or semi-deciduous, but those that do drop leaves will do it primarily during our dry season.

One tree that does show some change of colour at this time of the year though, is my Koelreuteria or Chinese Rain Tree. 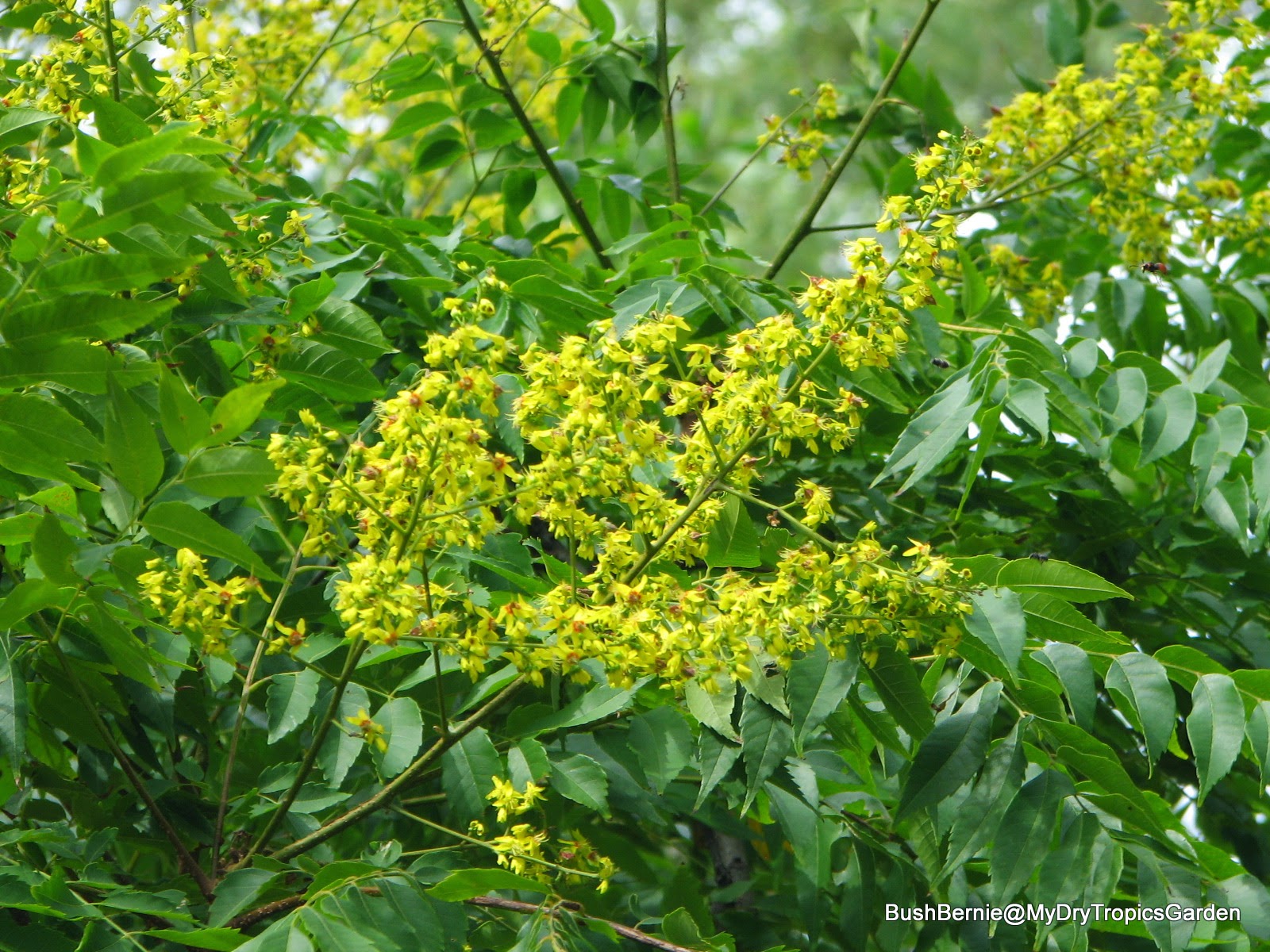 The Koelreuteria formosana has been blooming for a couple of weeks now.  Clusters of small yellow flowers grow from the ends of the branches first, 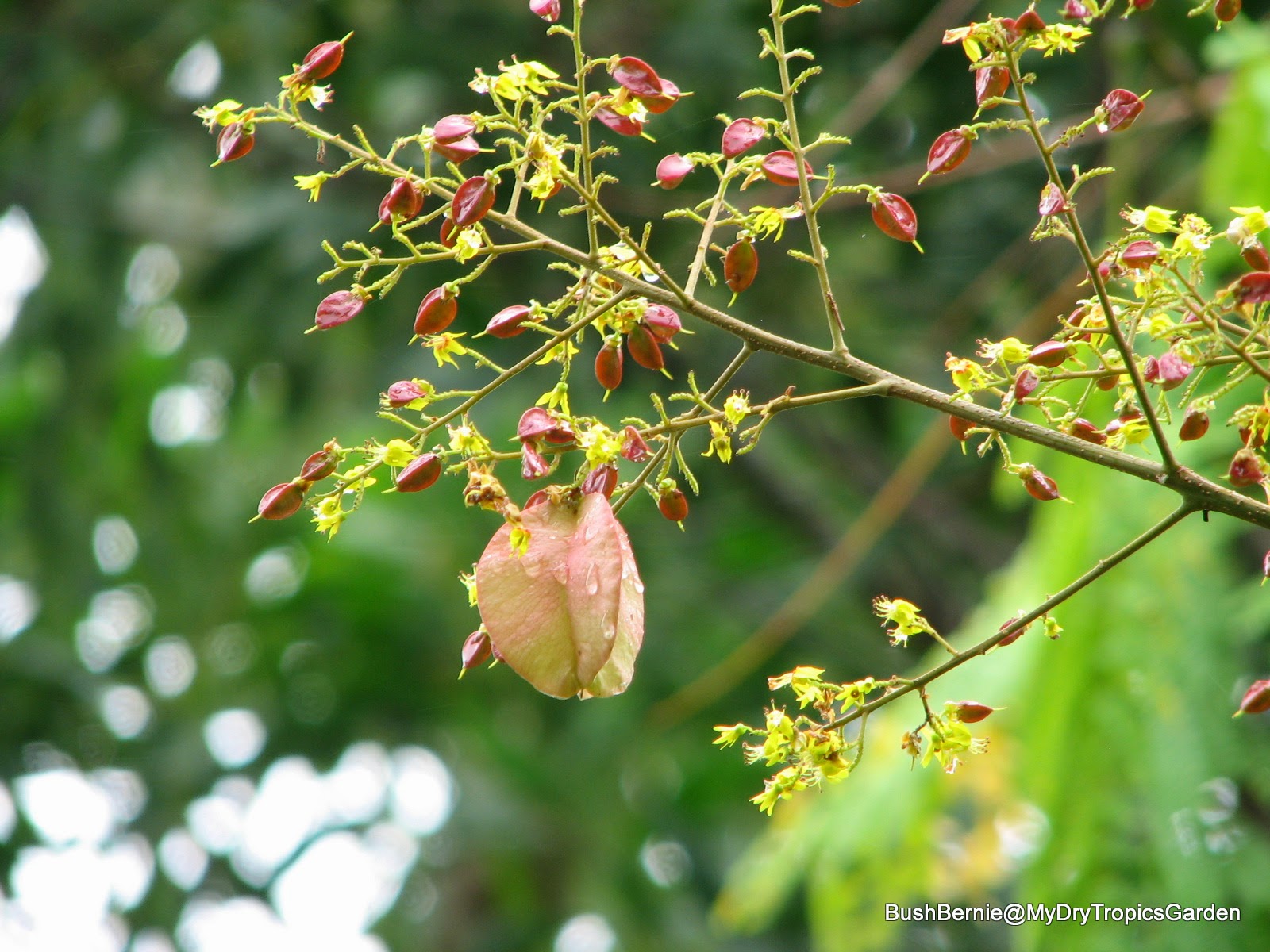 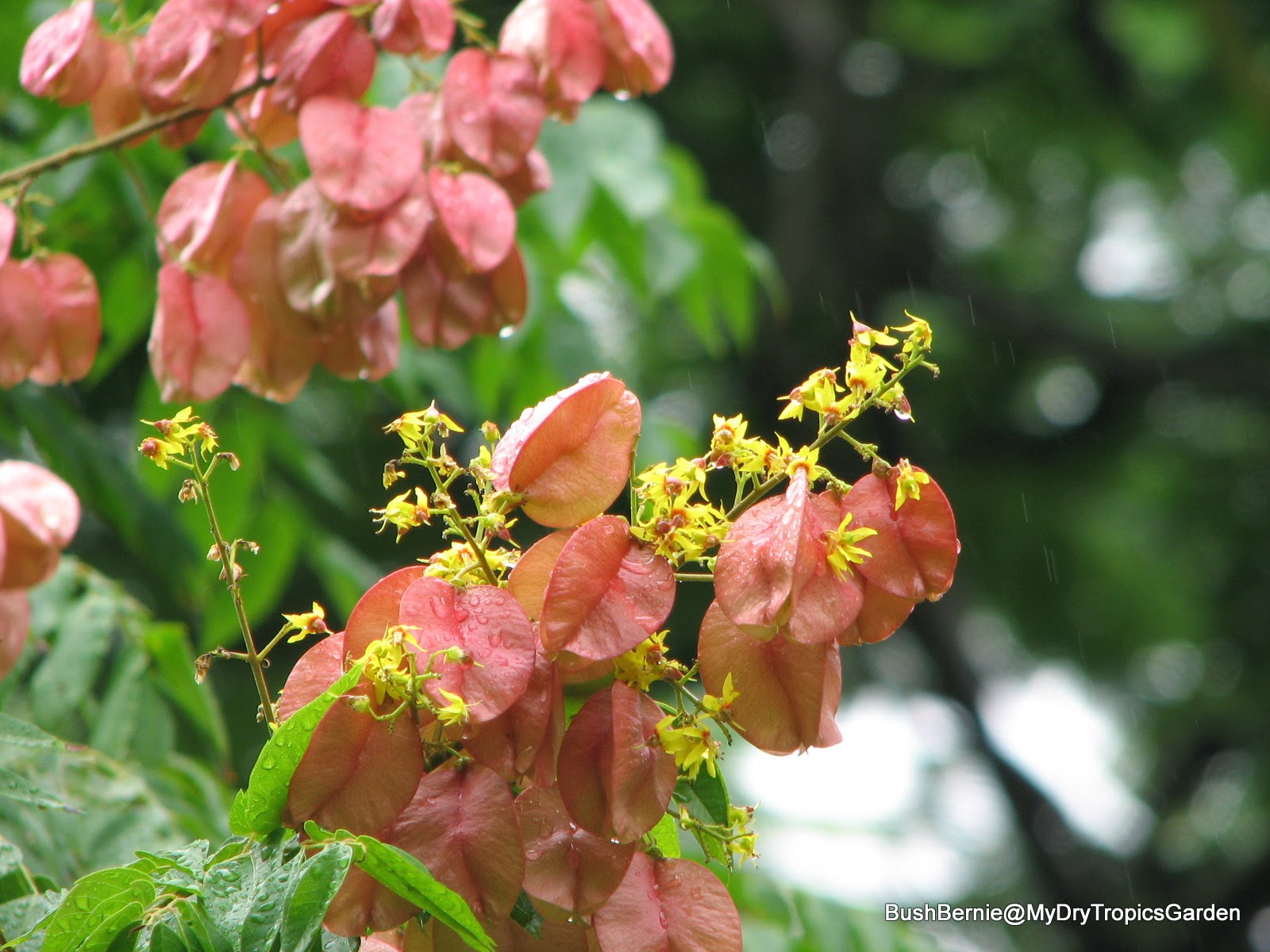 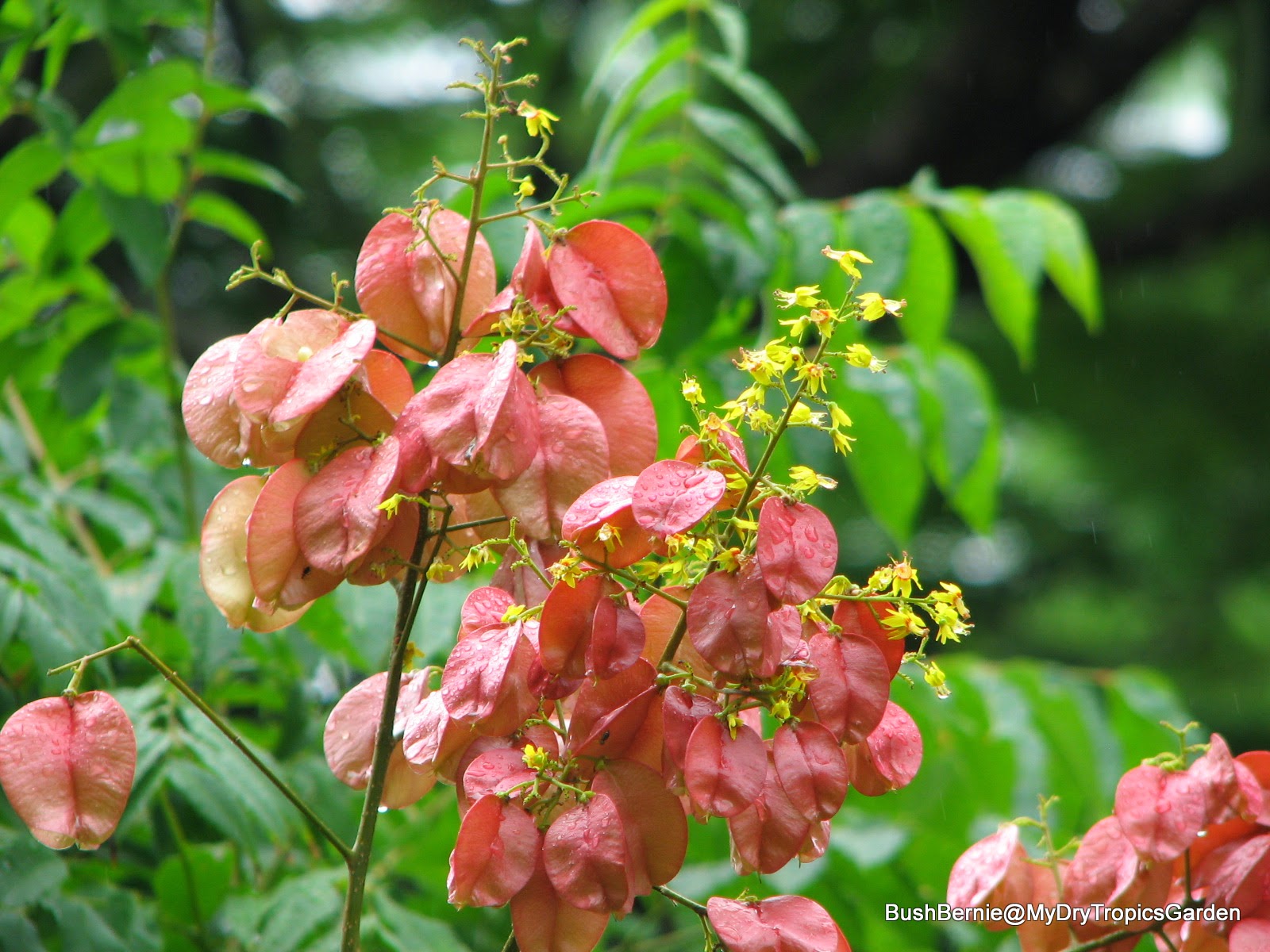 which then turns to rose-pink, and gradually to brown as it dies off. 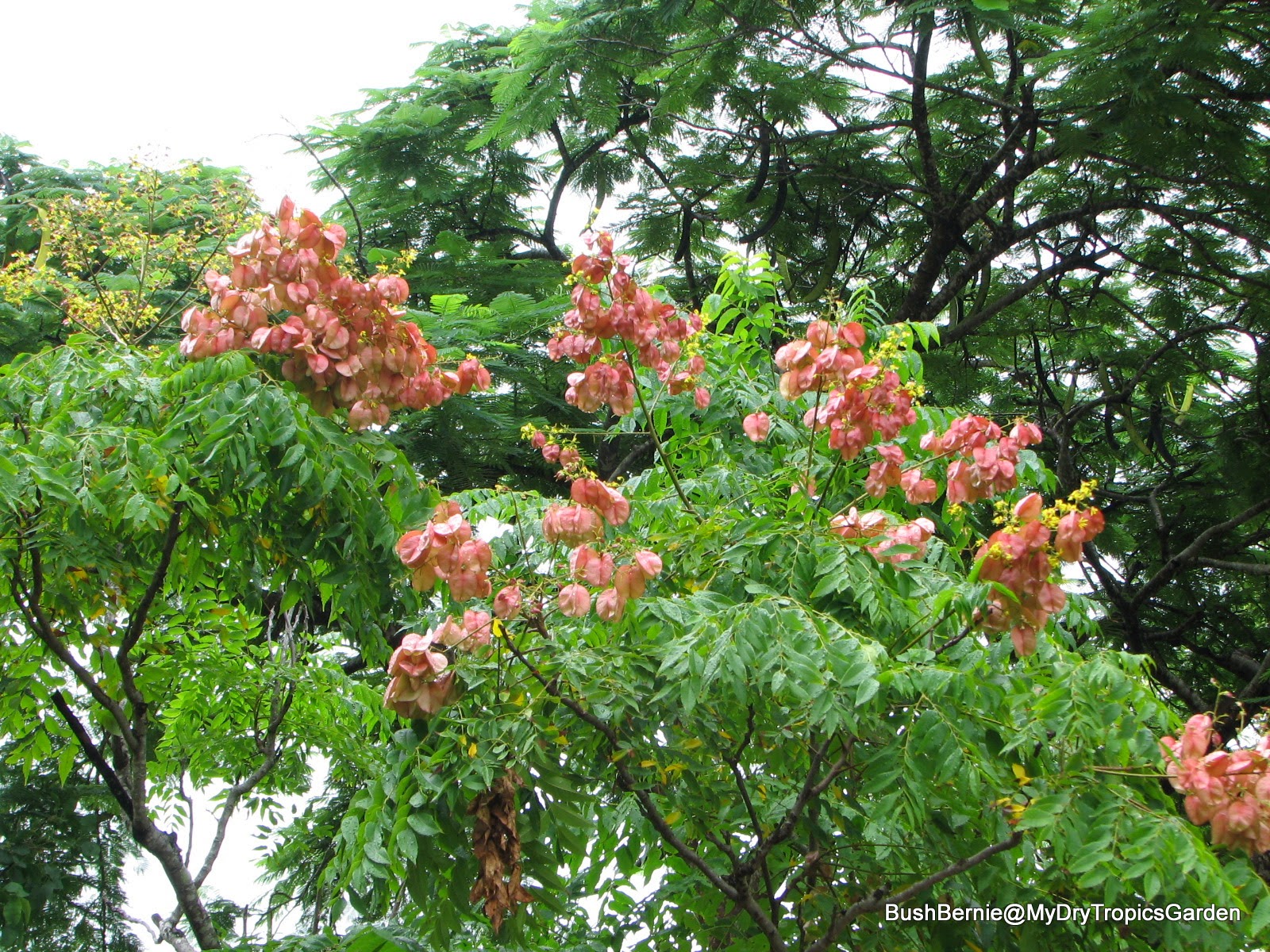 This tree is on the environmental weeds alerts list, but my neighbours and I have been keeping a look out for any little seedlings popping up ever since my tree started blooming just three years ago.  This poor specimen is planted in a spot with the poorest soil and in one of the driest spots on the property.  It's grown around about 3 metres since we moved in here, 13 years ago, which I think must be a record for the slowest growth ever for this particular tree.

One tree that is usually covered in blooms by this time of the year is the Lagerstroemia speciosa, or Queen's Myrtle.  I have three growing on the property but they're all a little behind the blooming schedule this year.  Two of them have a couple of blooms appearing, but that's it so far. 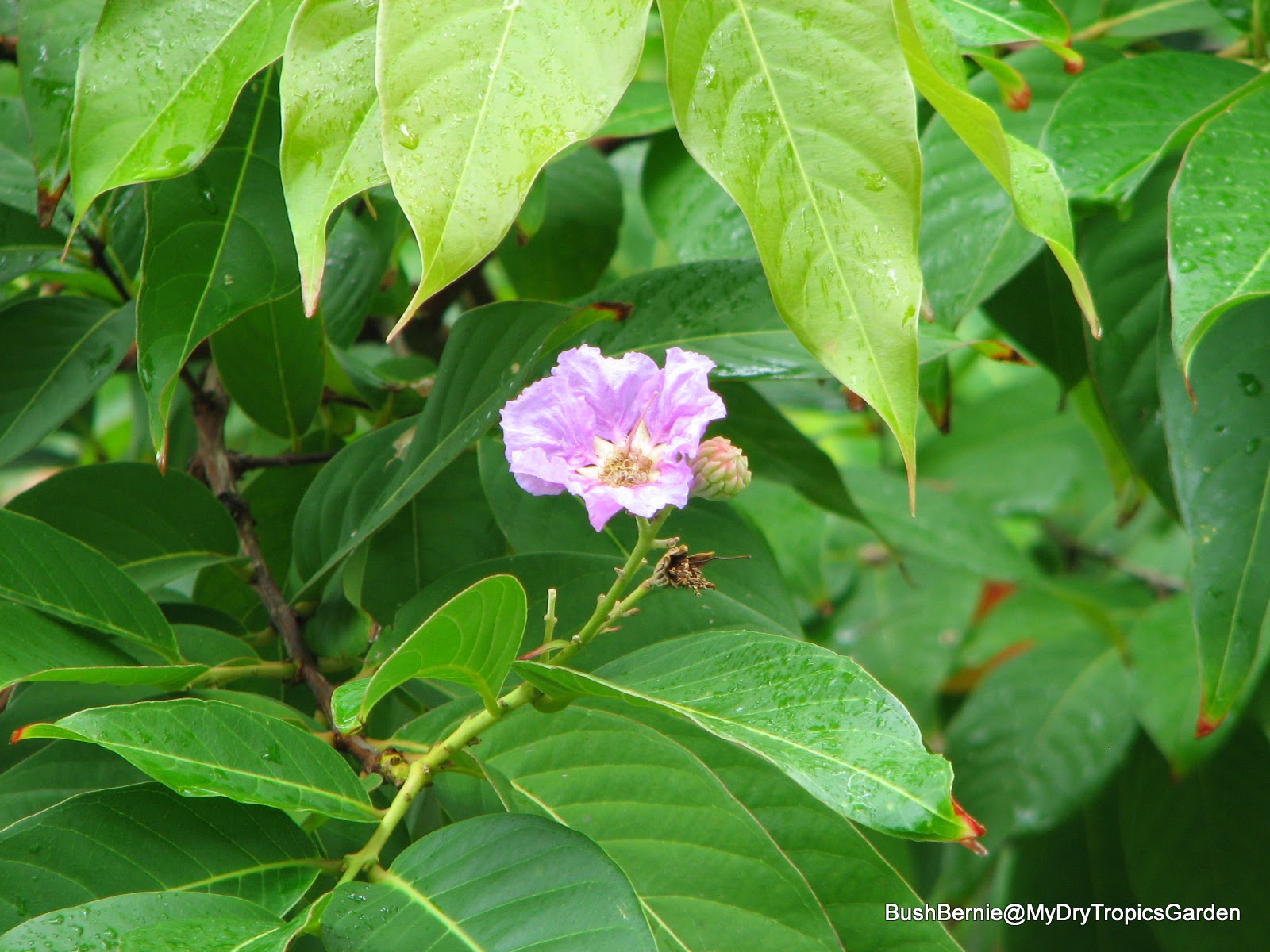 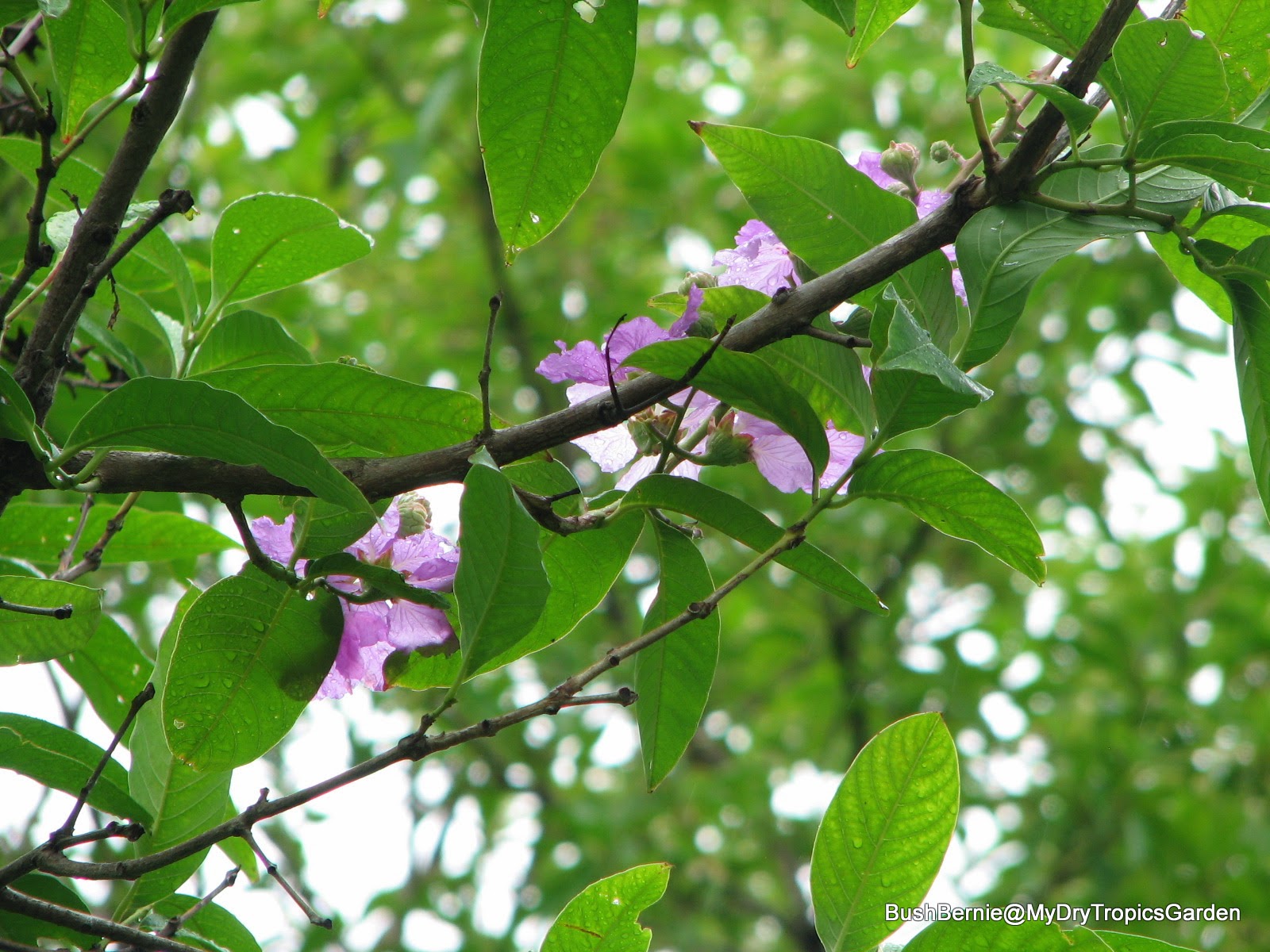 As I wander around my place there are a few flowers to be seen. 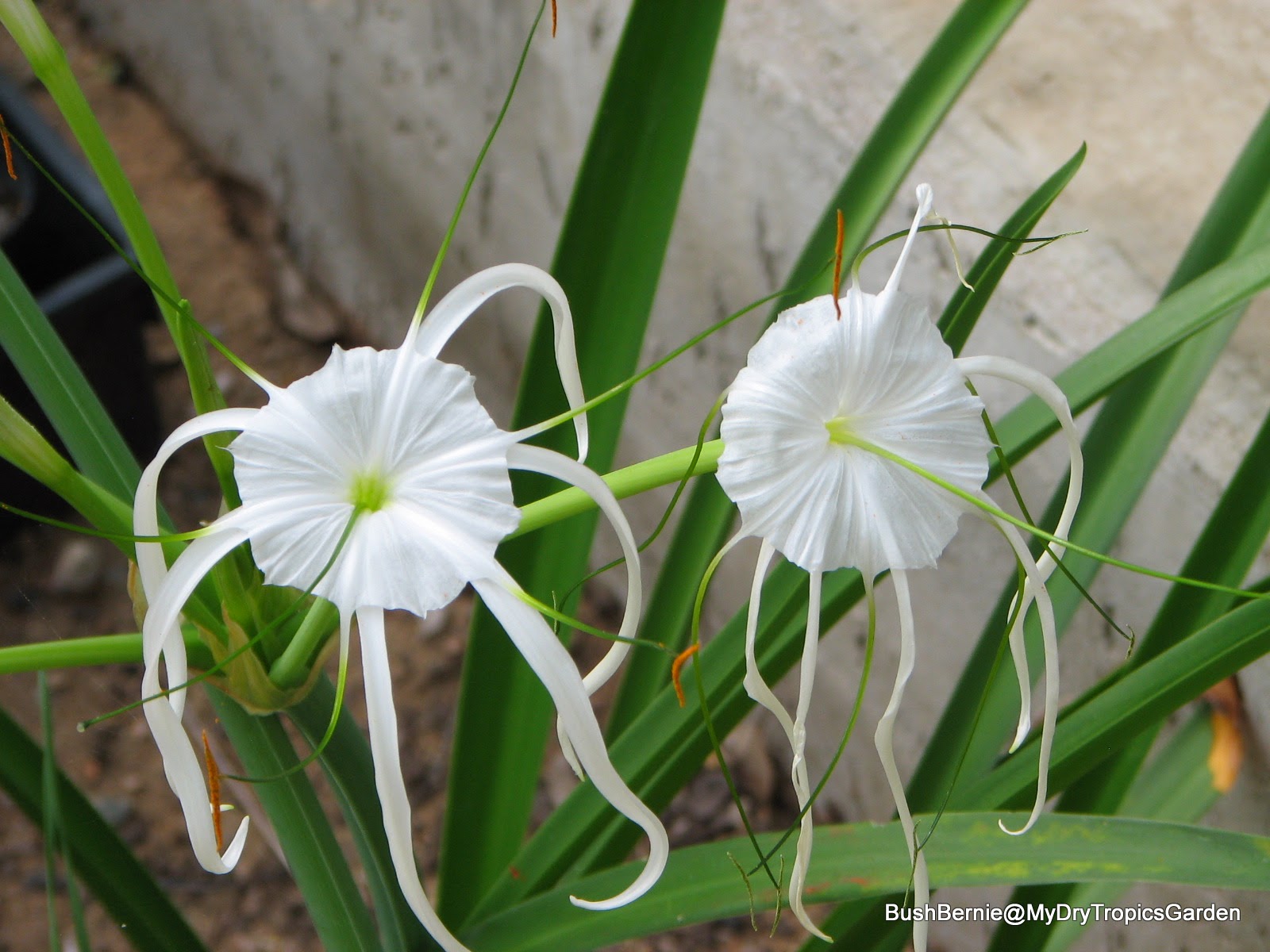 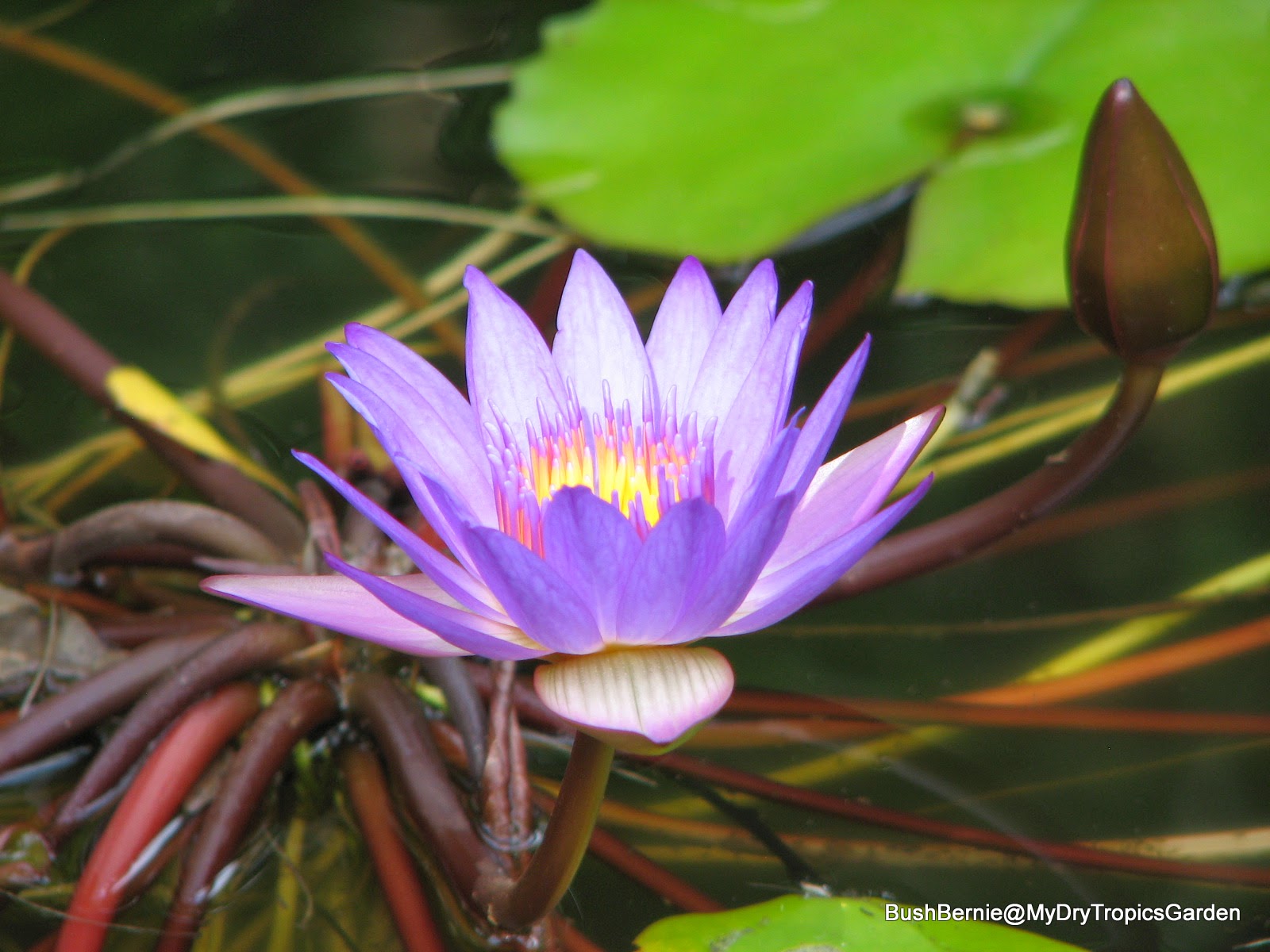 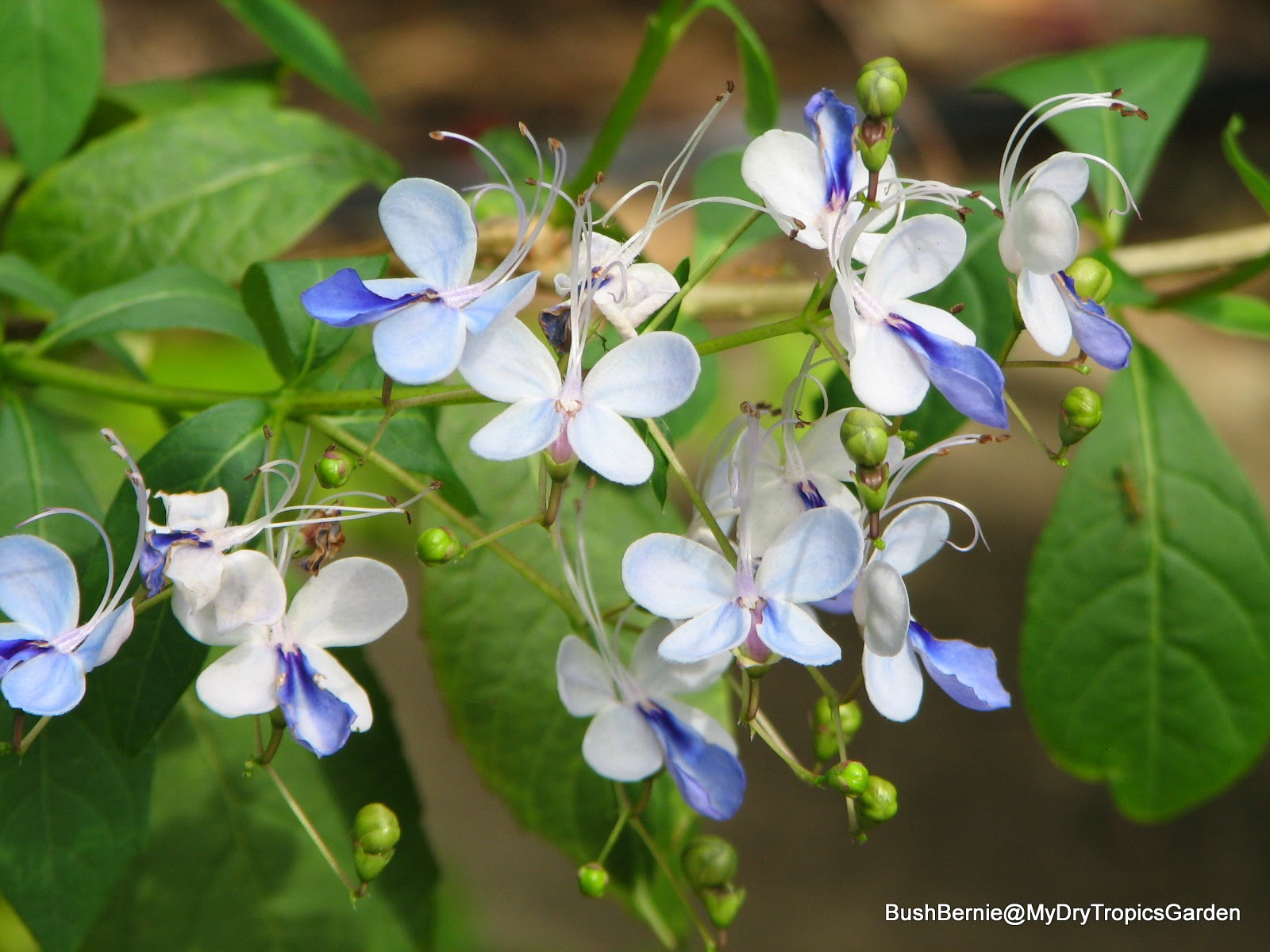 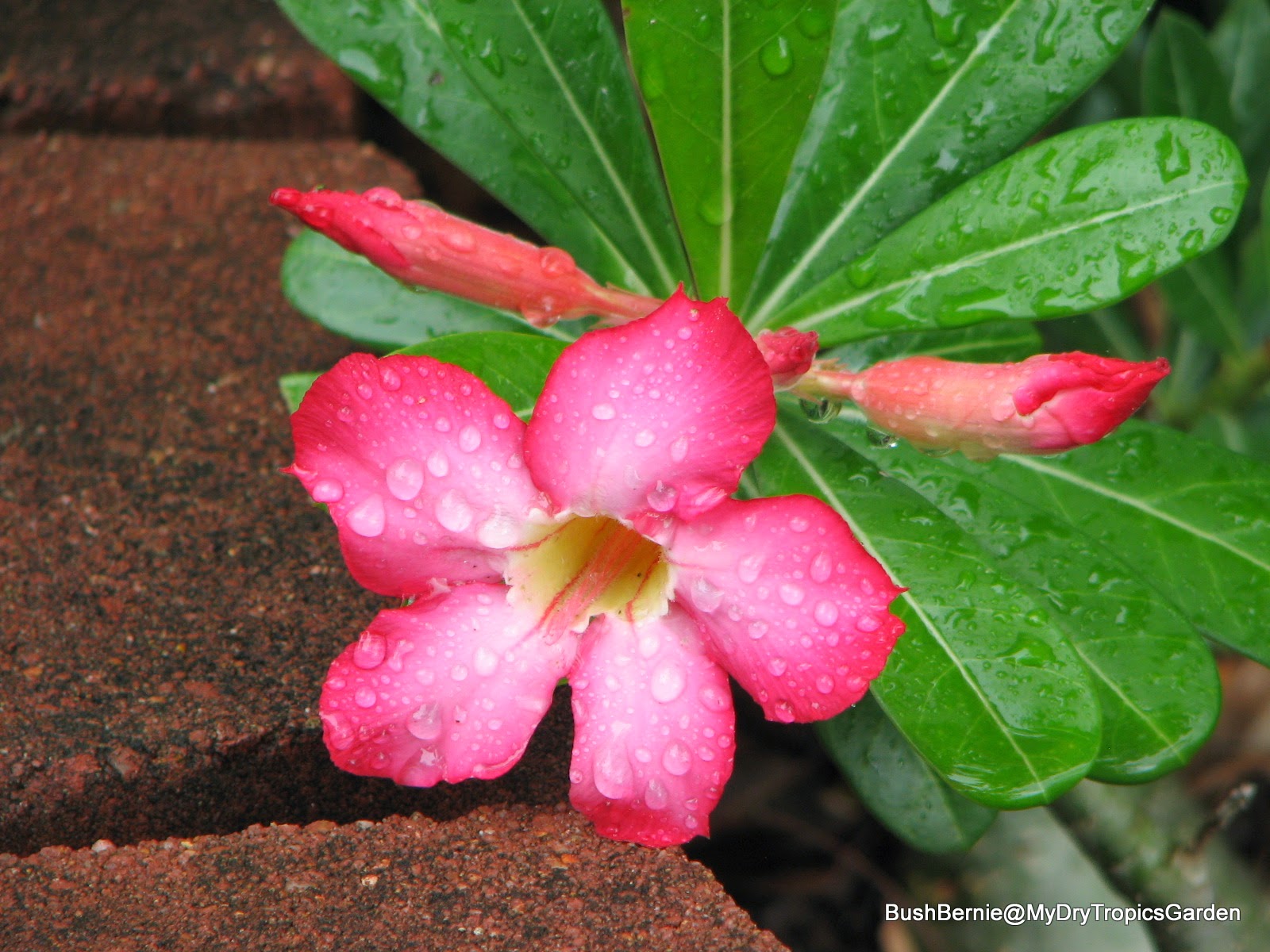 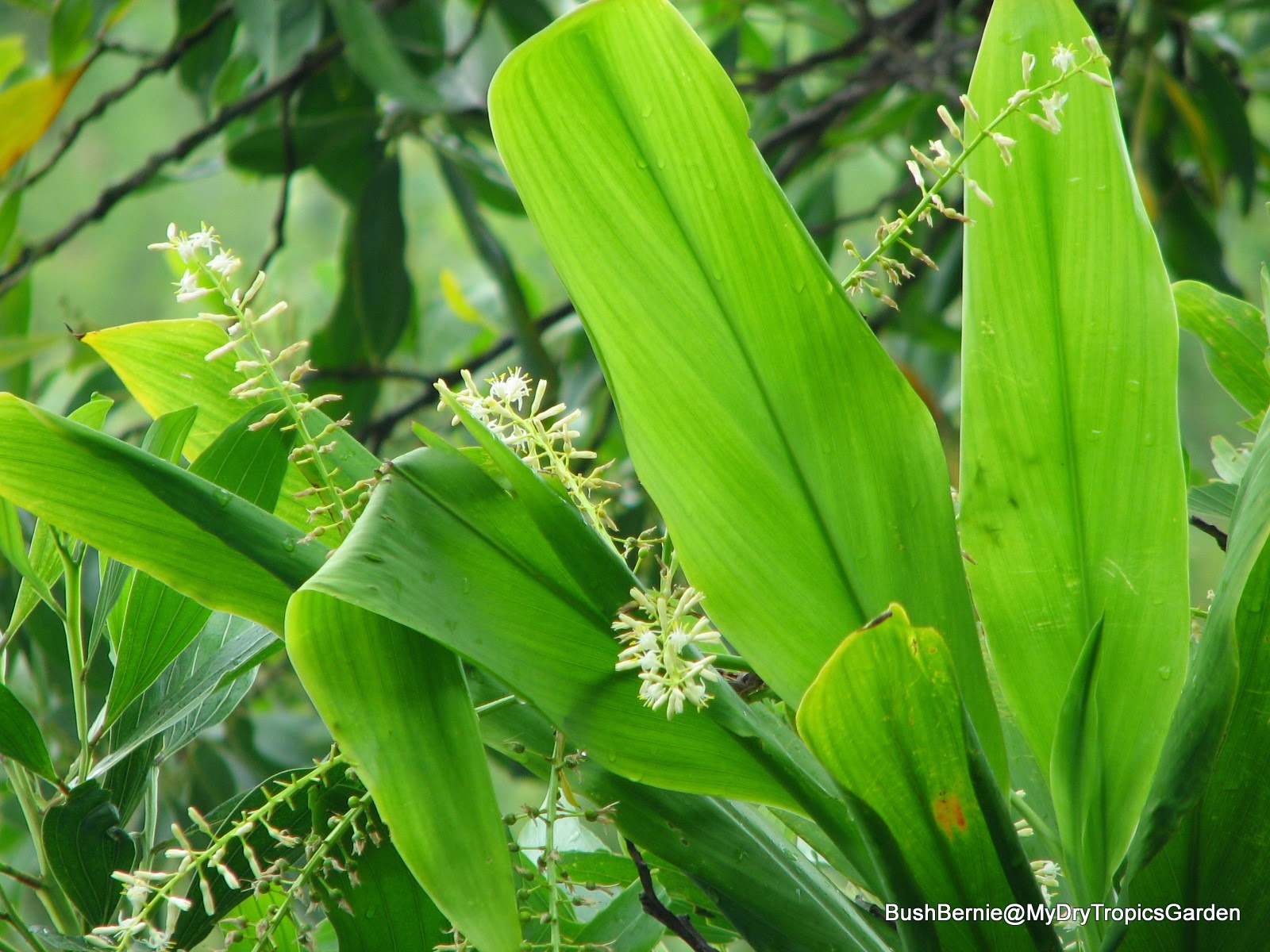 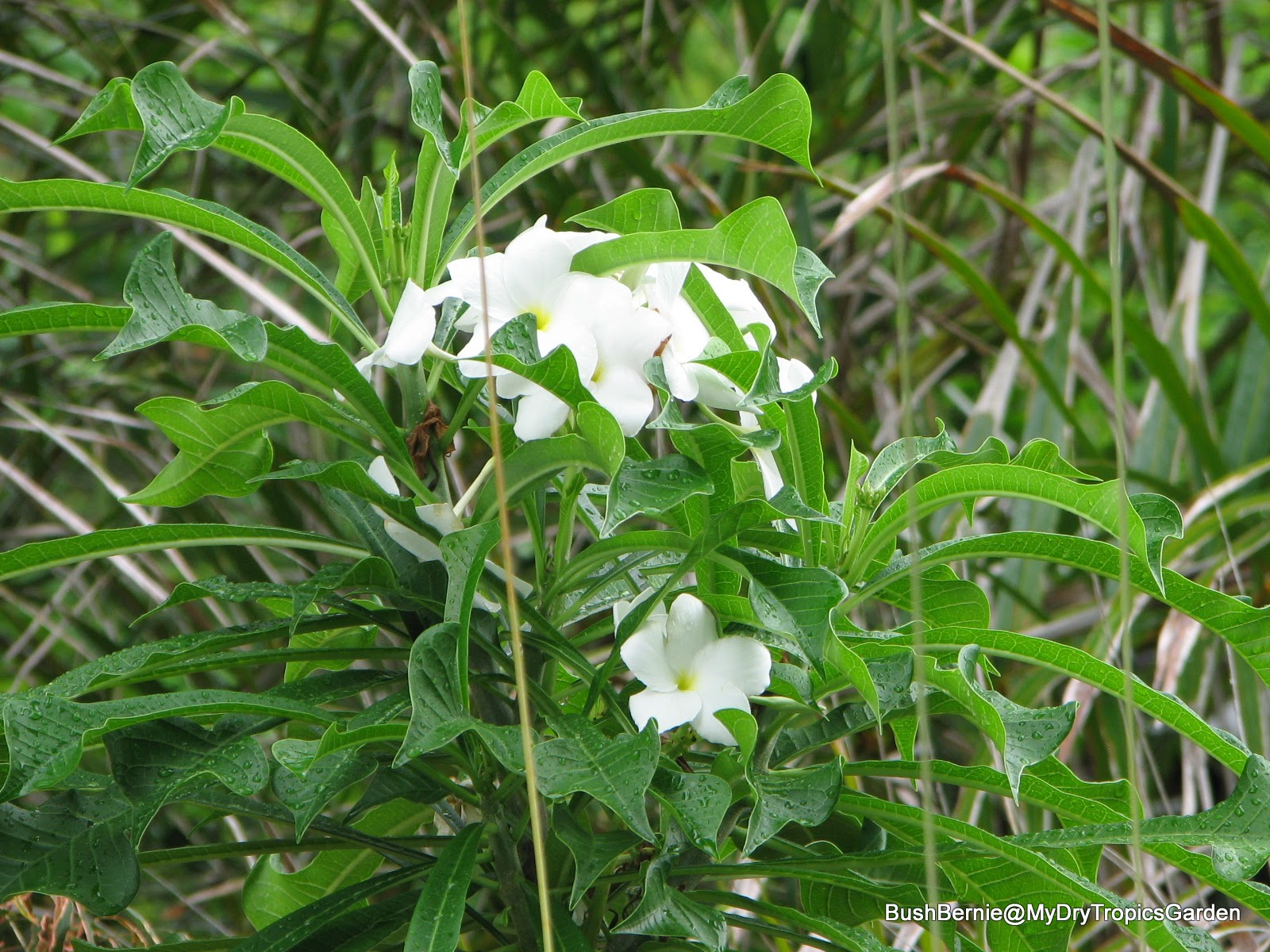 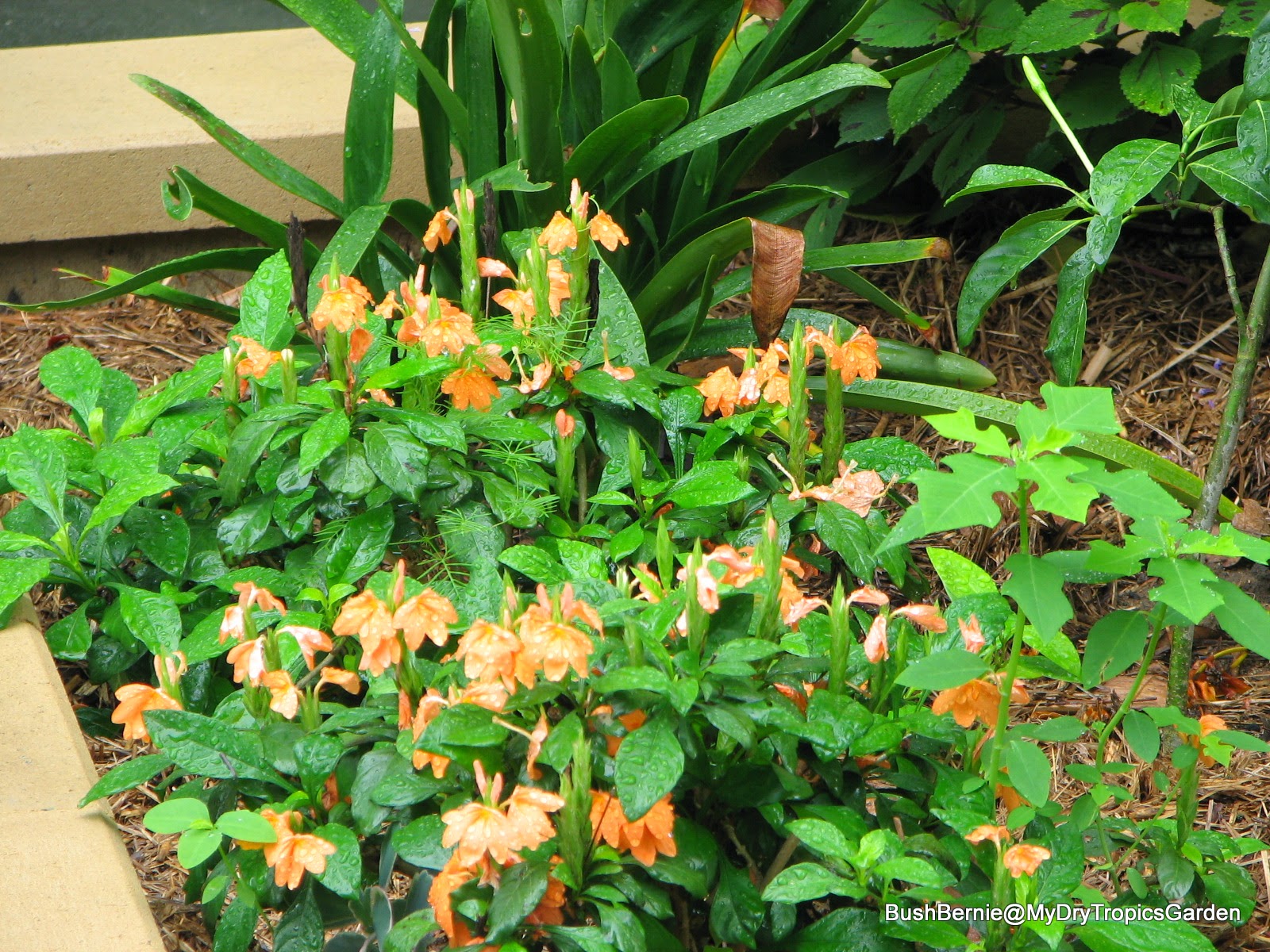 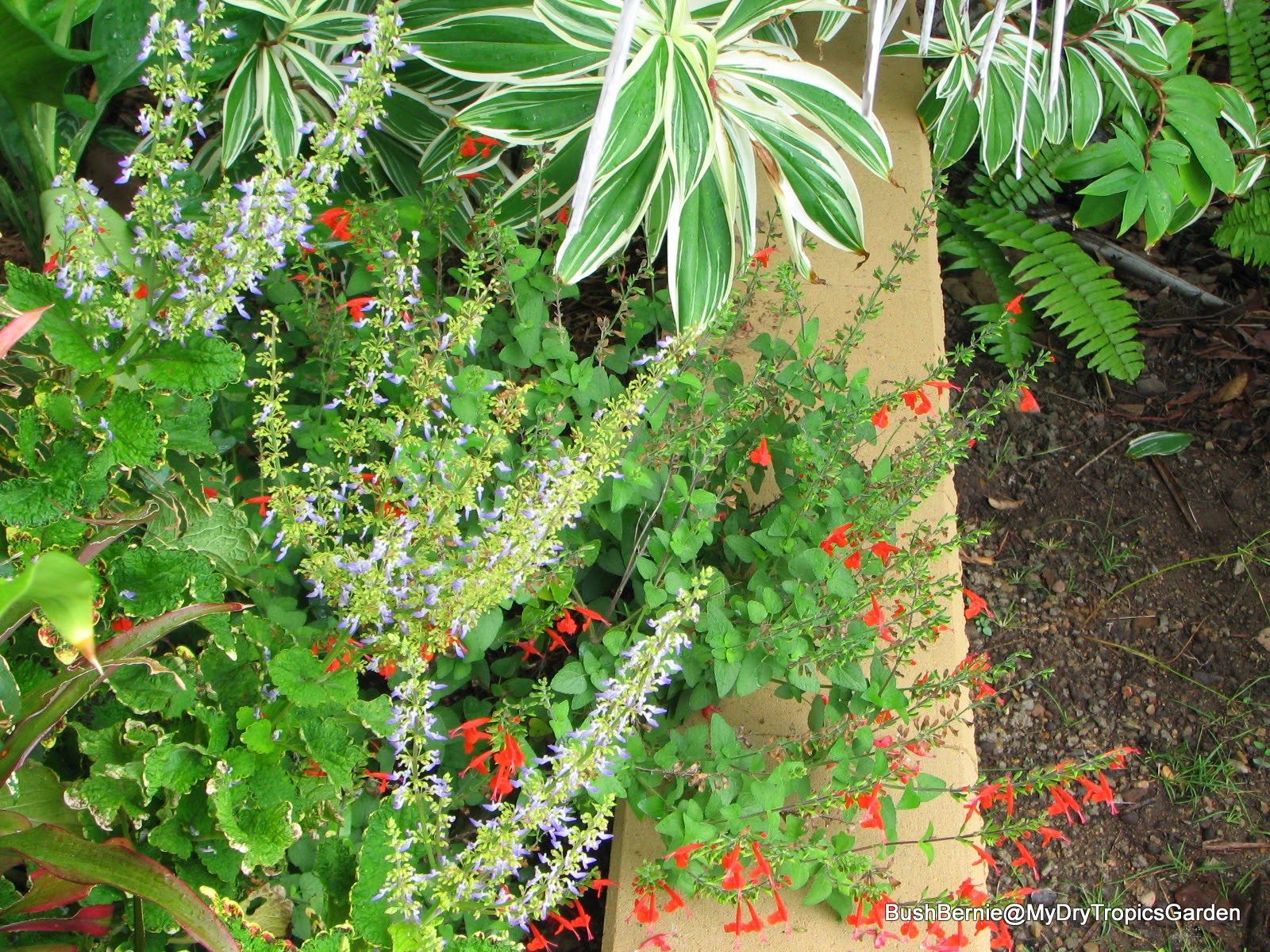 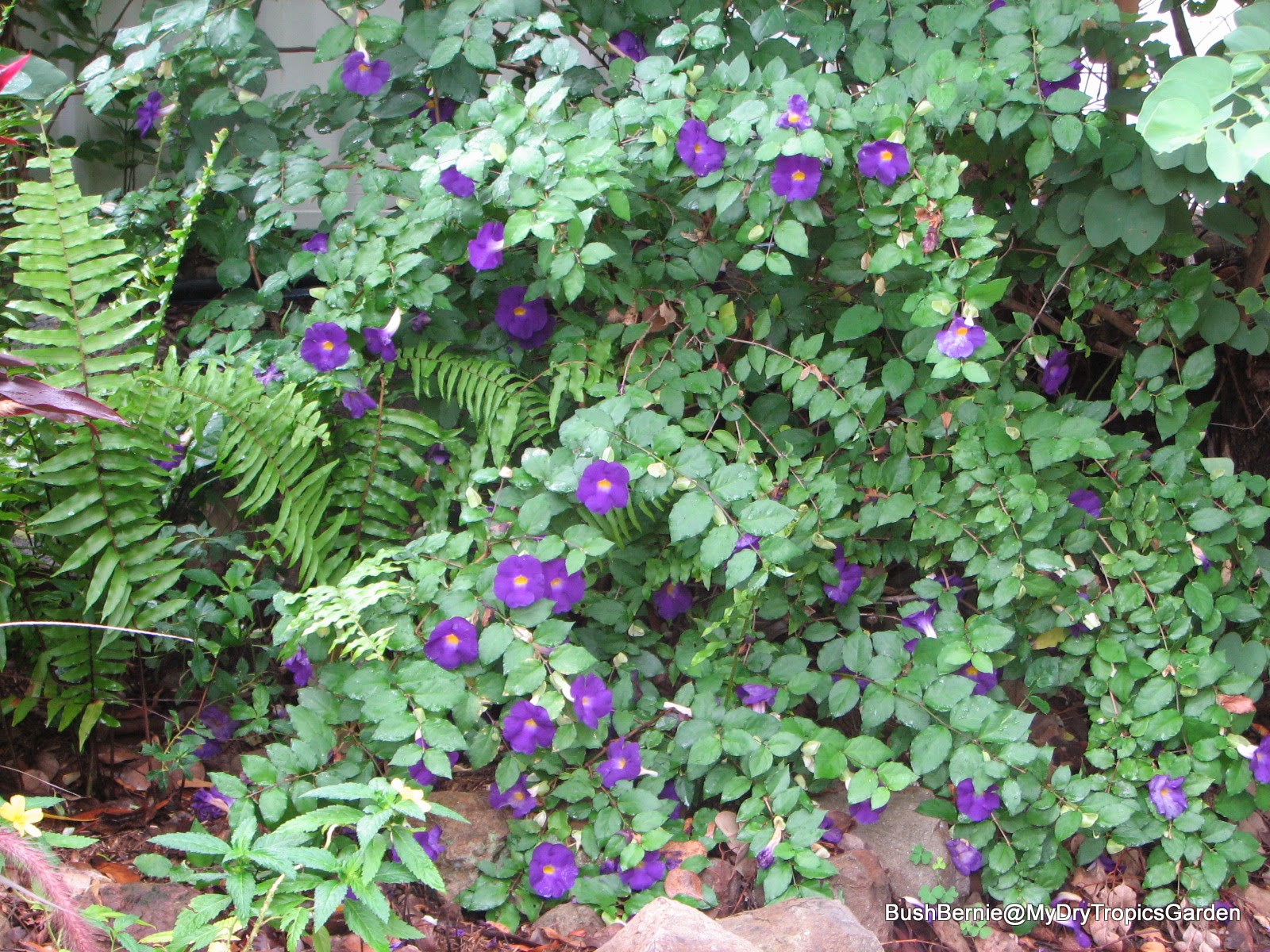 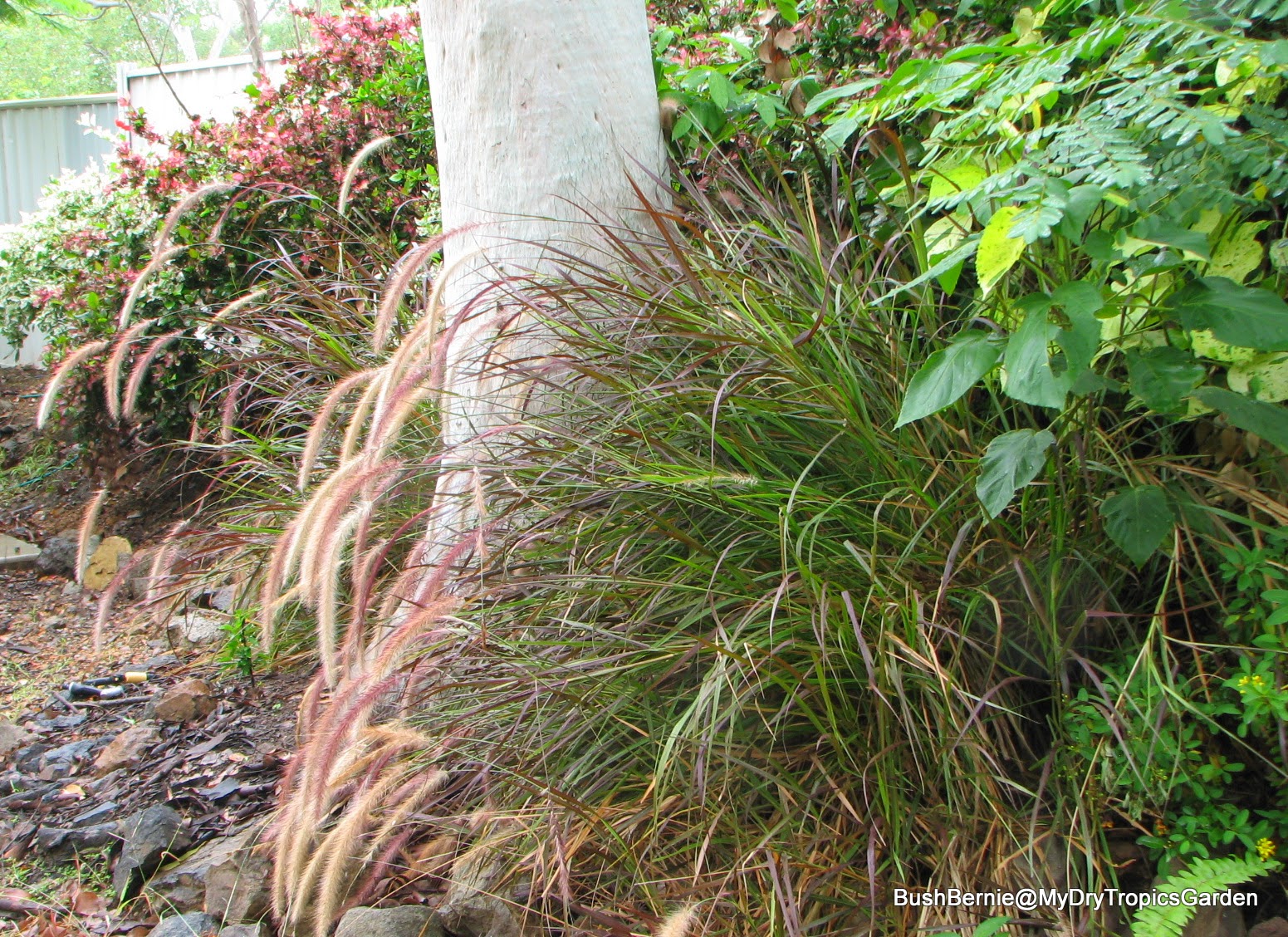 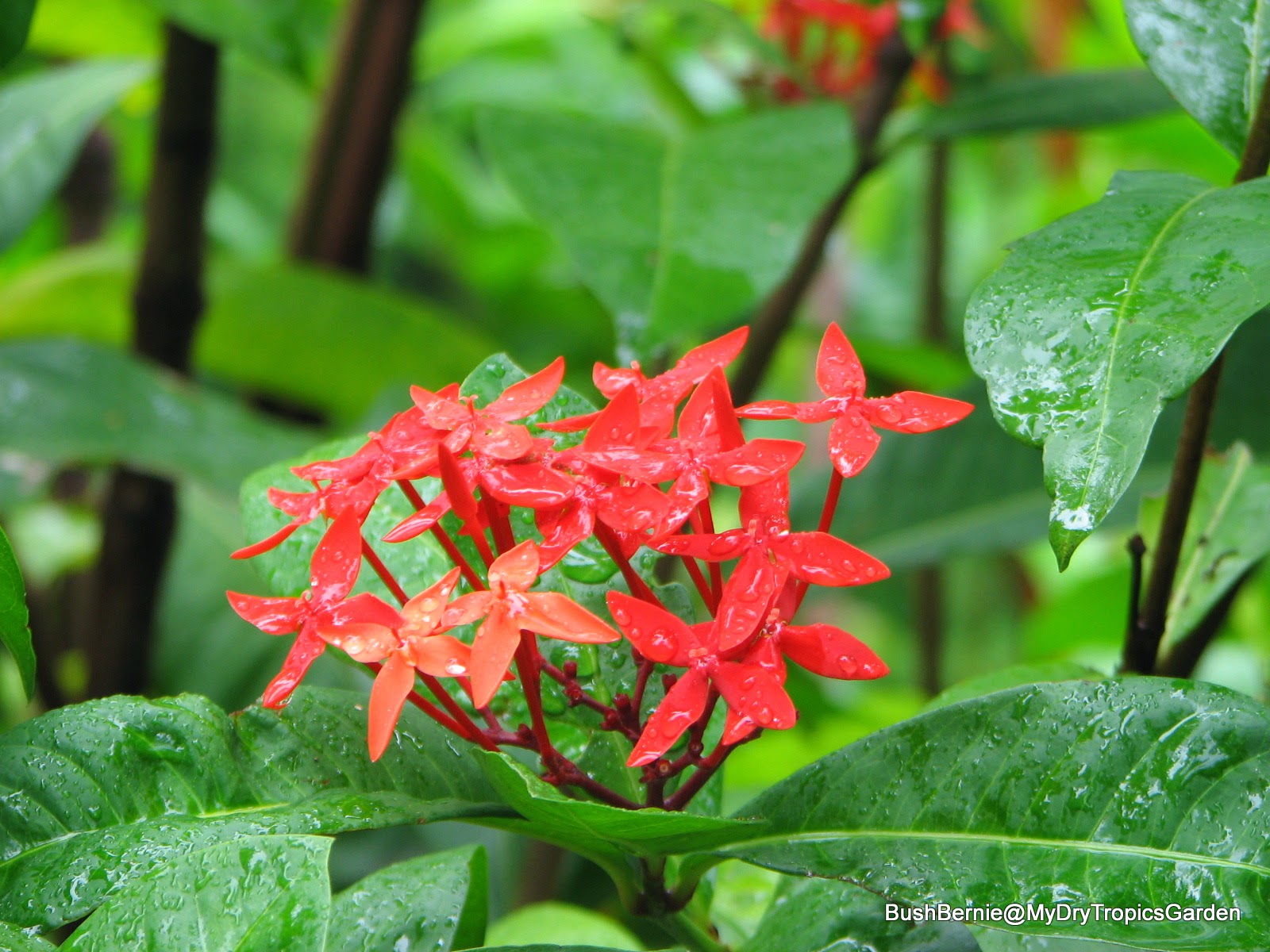 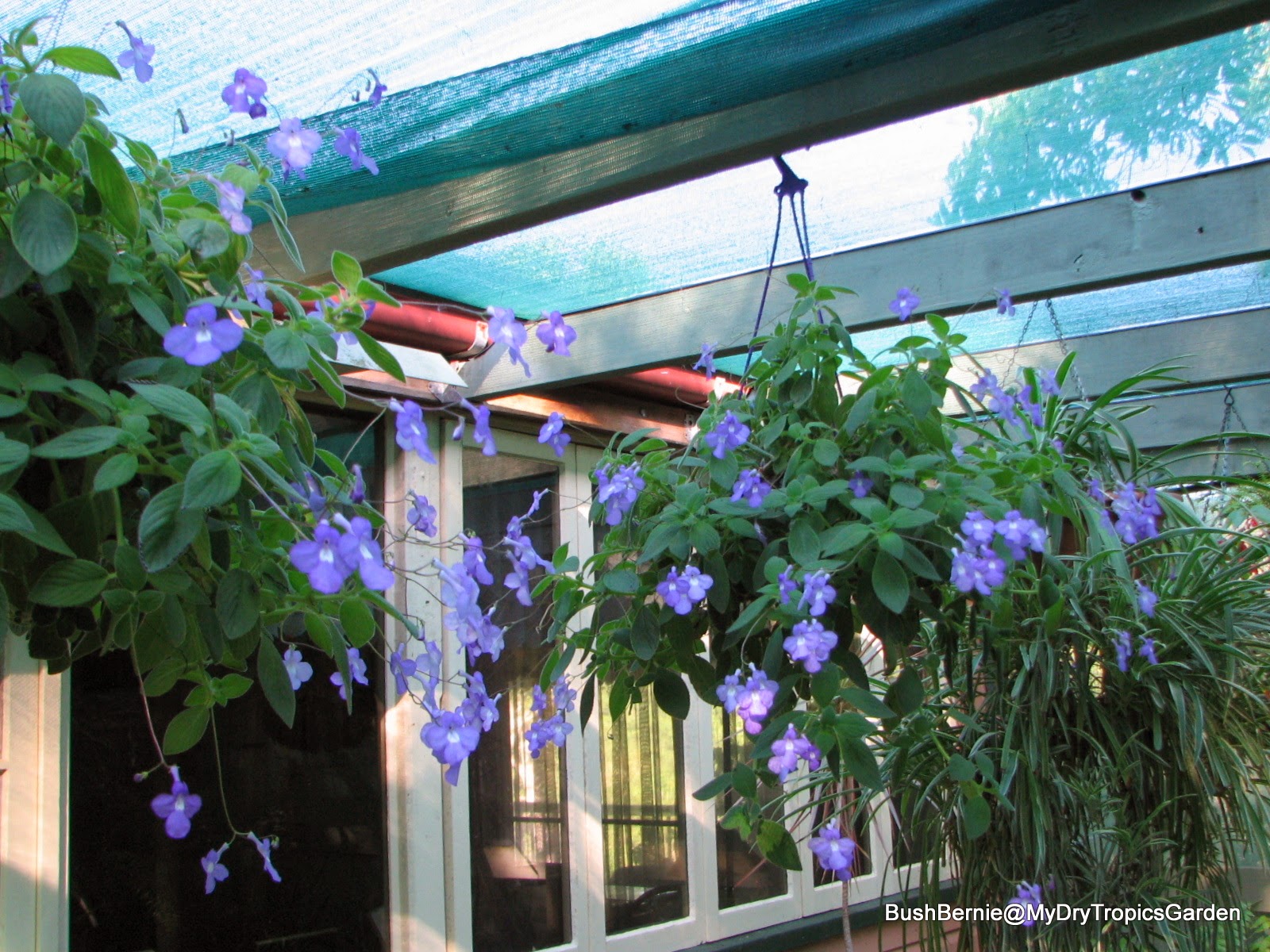 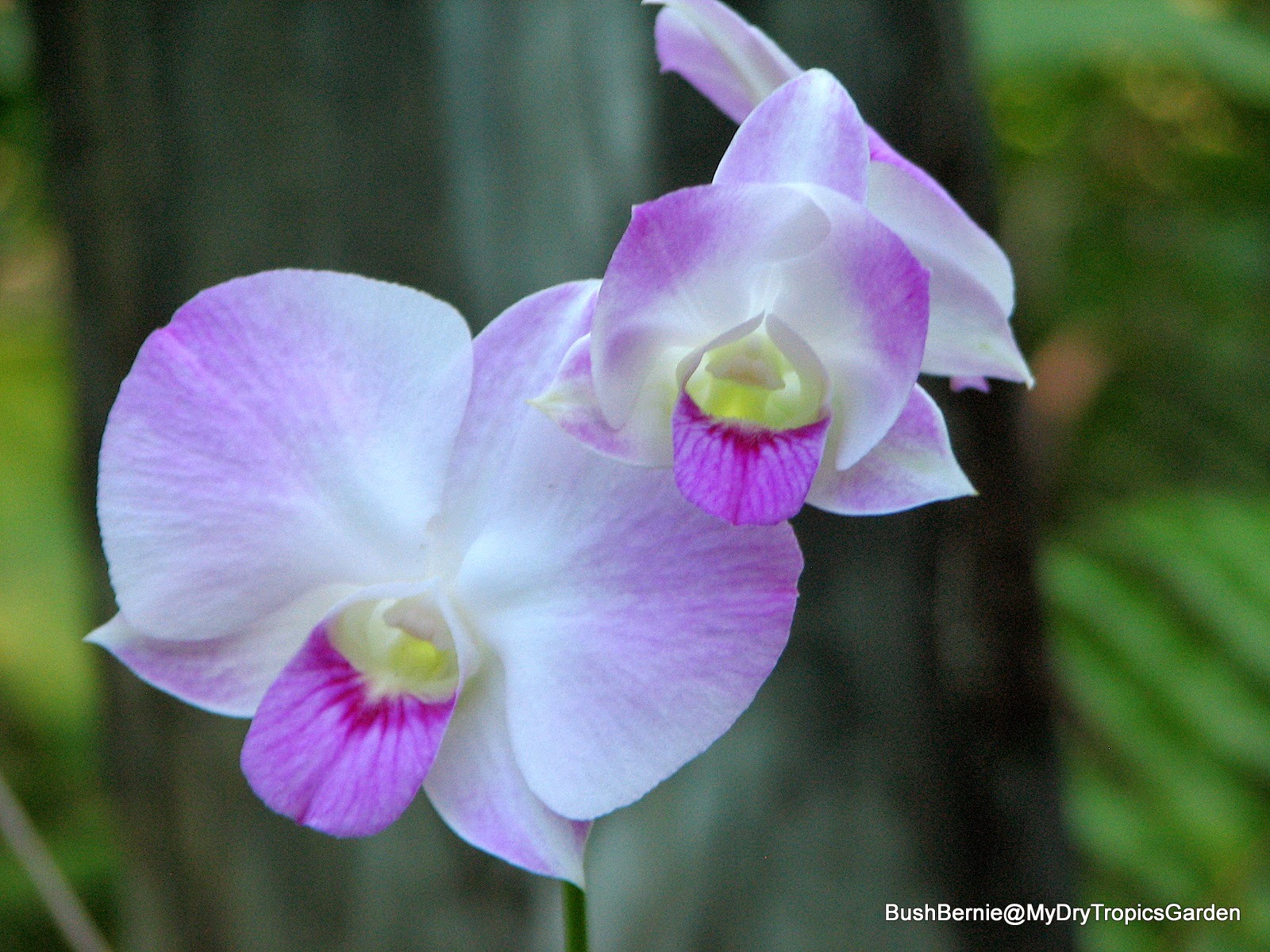 my unknown Dendrobium ... I think it's a Dendrobium bigibbum (such an unfortunate name!) 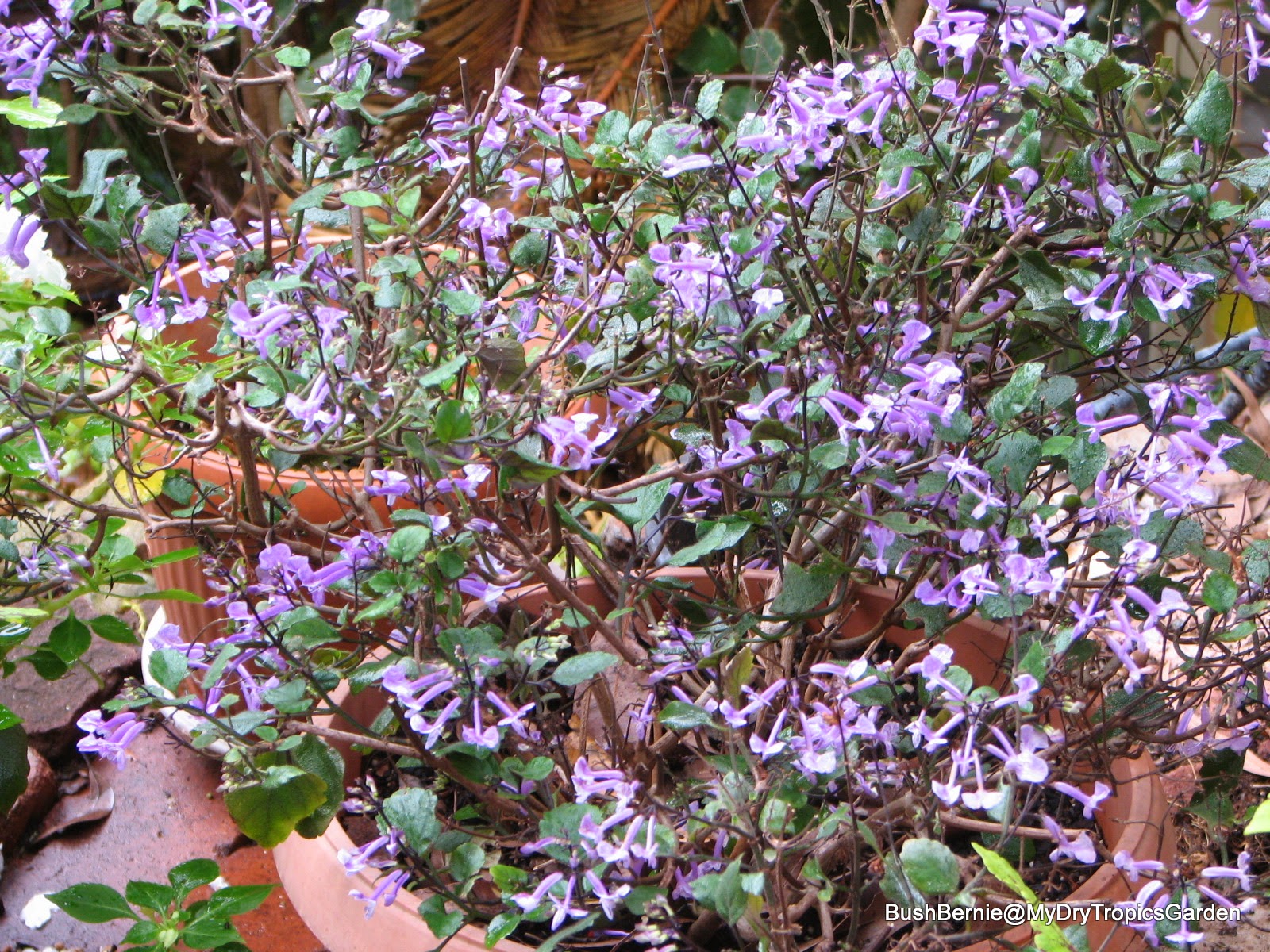 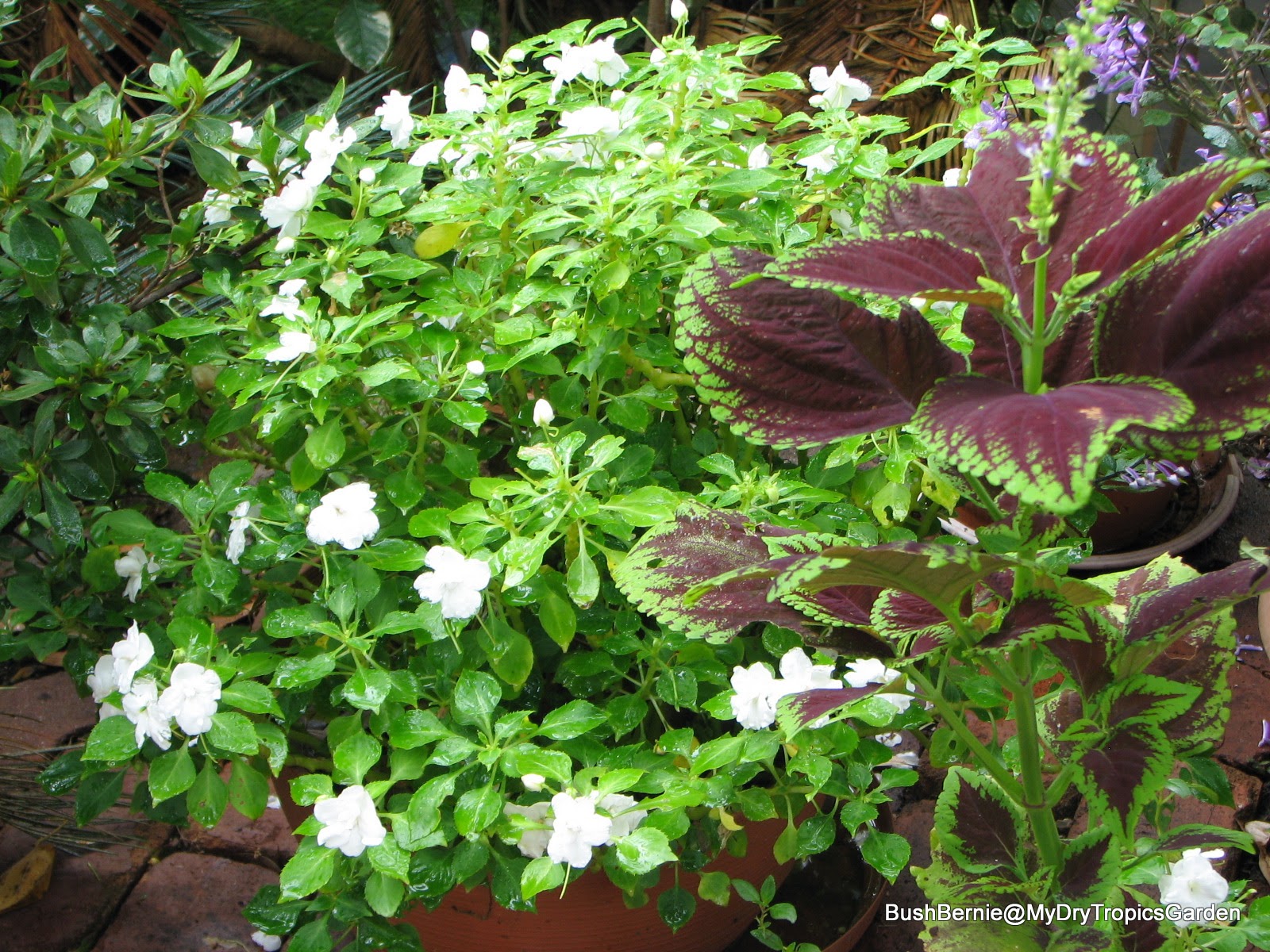 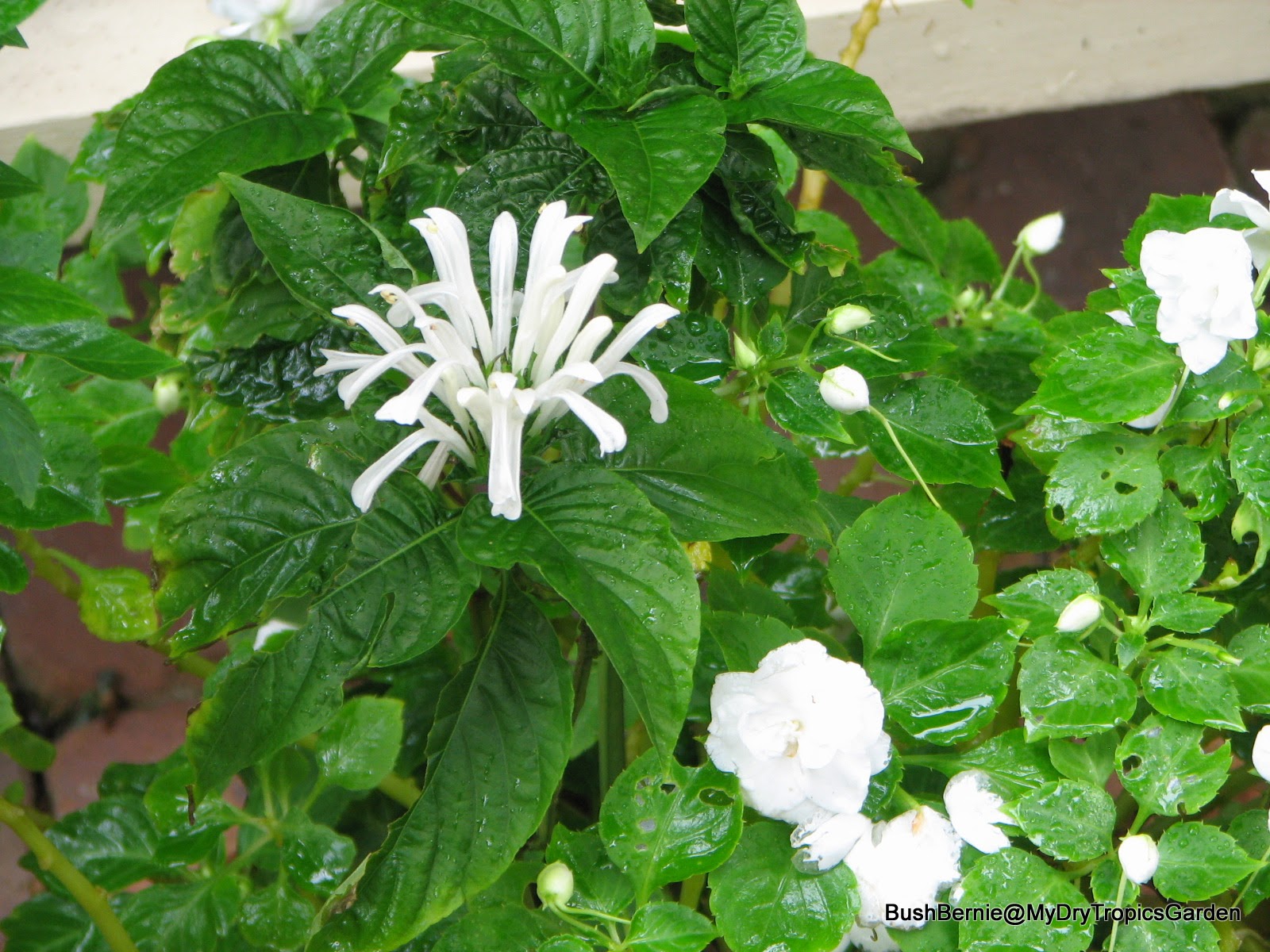 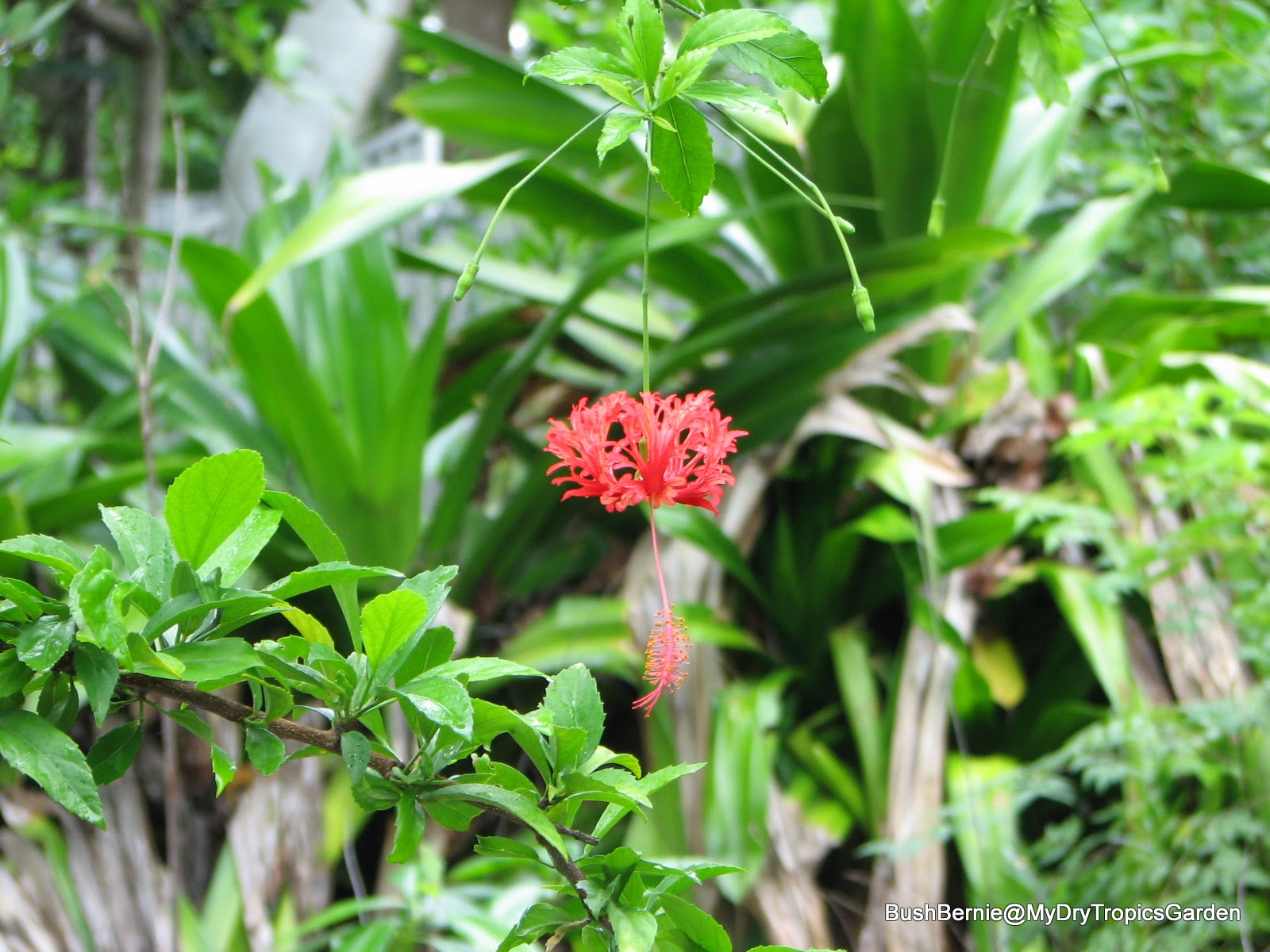 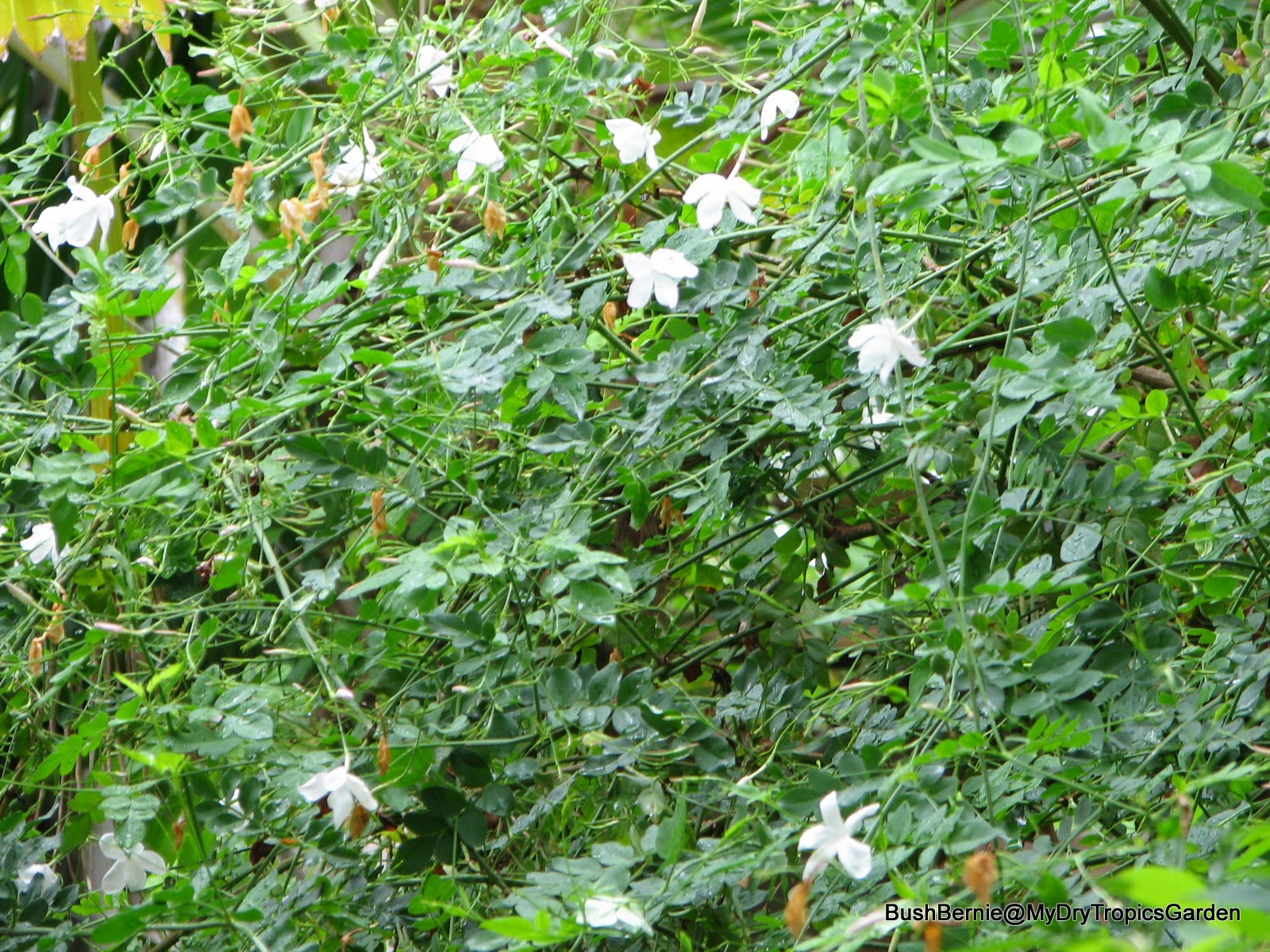 and the Jasminum officinale is still filling the air with its fabulous sweet perfume. 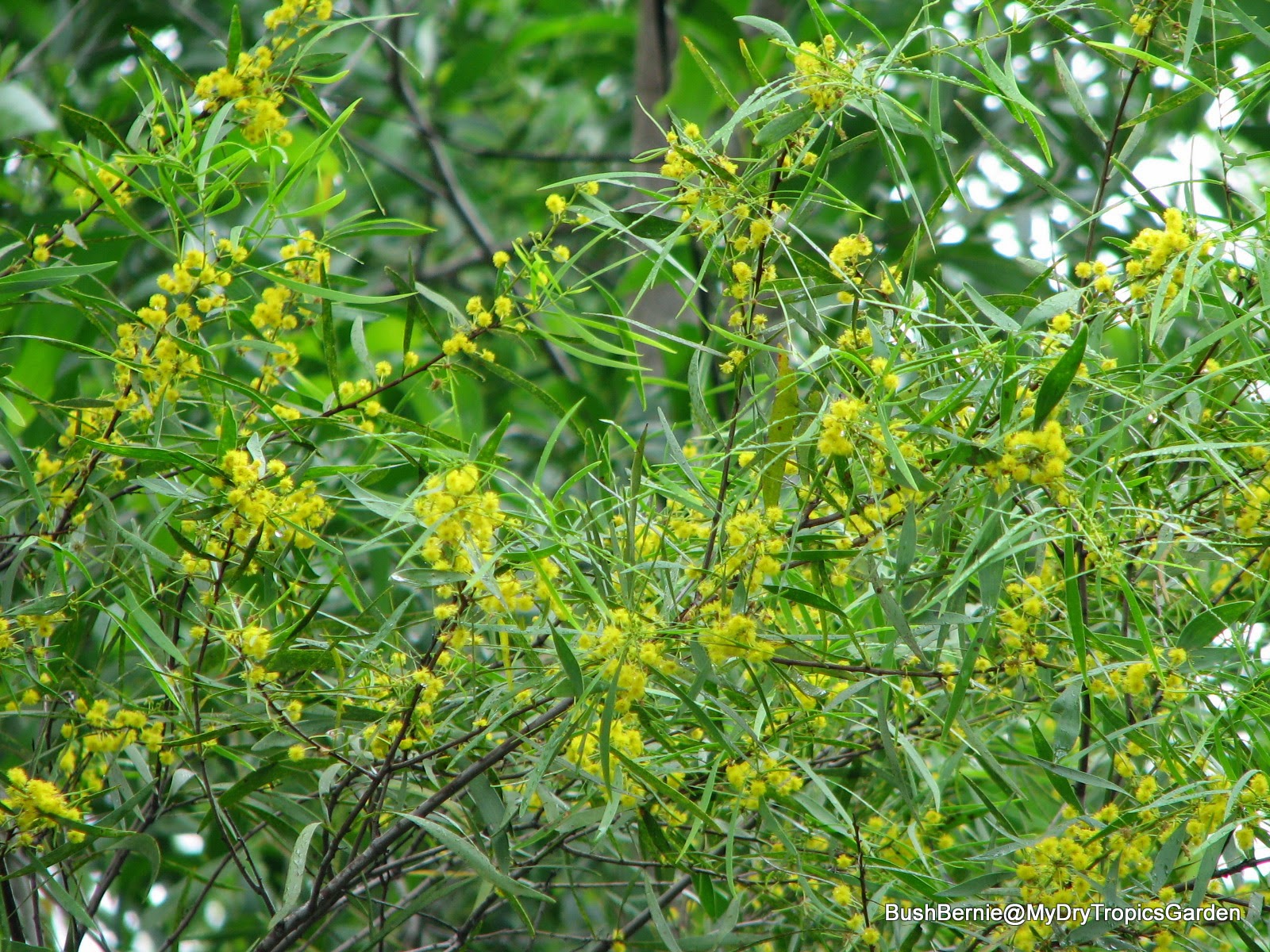 Out in the bushland, the Acacia has begun its blooming cycle. 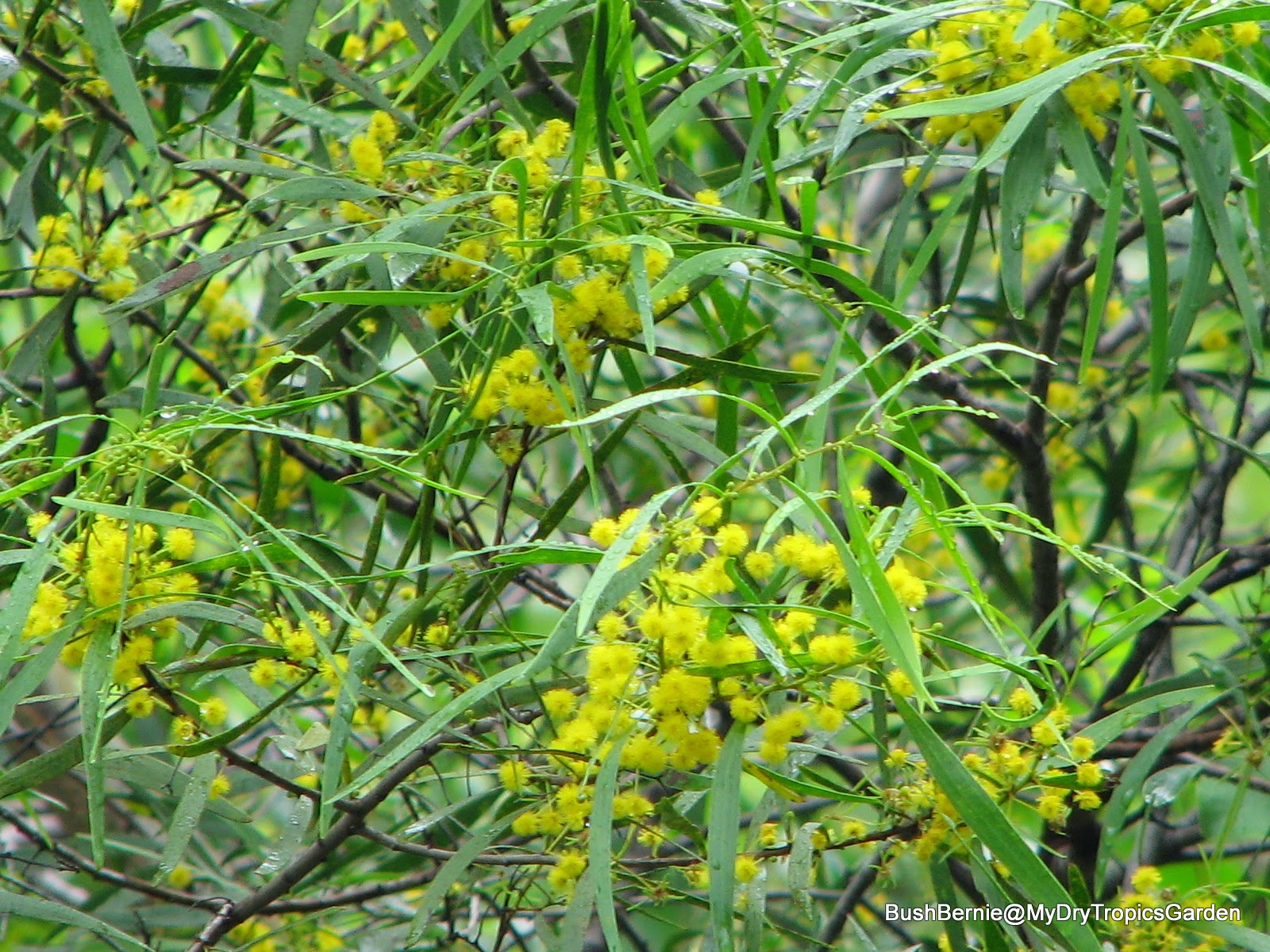 I'm not sure which Acacia it is, but I do so love those golden puffs scattered all along the branches.

Email ThisBlogThis!Share to TwitterShare to FacebookShare to Pinterest
Labels: Autumn in the garden, Flower Flaunt on Friday