Wildlife on Wednesday ... The Water Dragon.

I've been away for a little while visiting with family, and while down in my home state's capital city I visited the wonderful Roma Street Parklands.  It's a favourite spot of mine and I try to visit there at least once a year when I pop down to Brisbane.

Again this visit I spotted an incredible number of Water Dragons sunning themselves in various corners, nooks and crannies of the Parklands.  These are magnificent looking creatures and I thought I would share some of the shots I managed to take of just a few of them.

This is the Eastern Water Dragon or Physignathus lesueurii, which grows to around 80 to 90 cms in length, making it rather a large lizard. 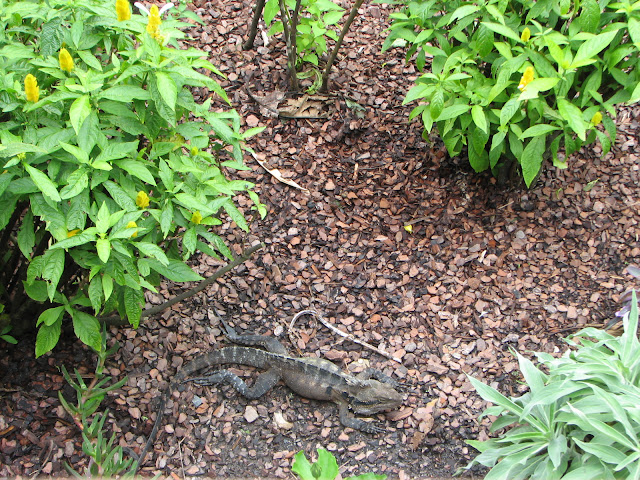 This creature has shades of grey or brown with a series of black bands on the back and tail.  What great camouflage! 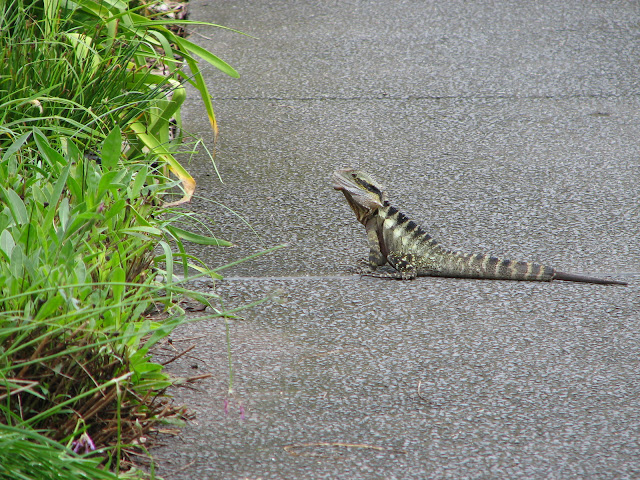 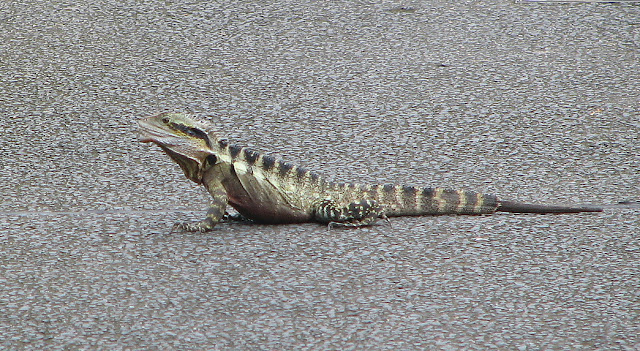 There's a black stripe on the side of the head behind the eyes which makes it look rather distinguished.

They're semi-aquatic lizards, found around creeks, lakes and rivers.  They're not called 'Water Dragons' for nothing.  They do seem to love the water.  At the Parklands I spotted quite a few around the man-made ponds and streams.  Apparently they can stay submerged for around half an hour. 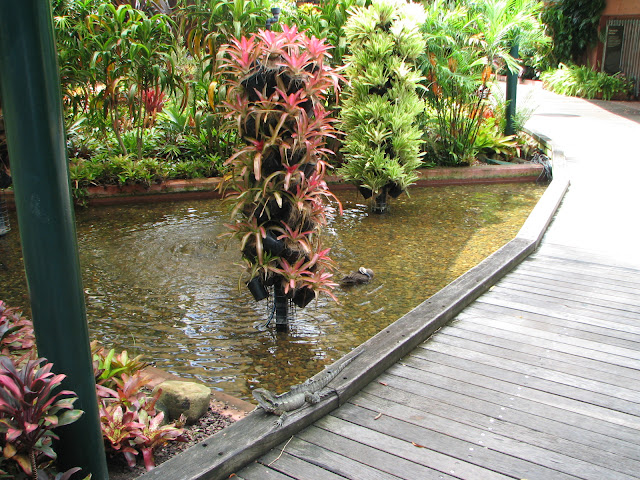 This one was enjoying the sun's warm rays beside the Bromeliad Garden pond.  You could walk by and almost not notice it, as it blends in so well with the wooden plank walkway. 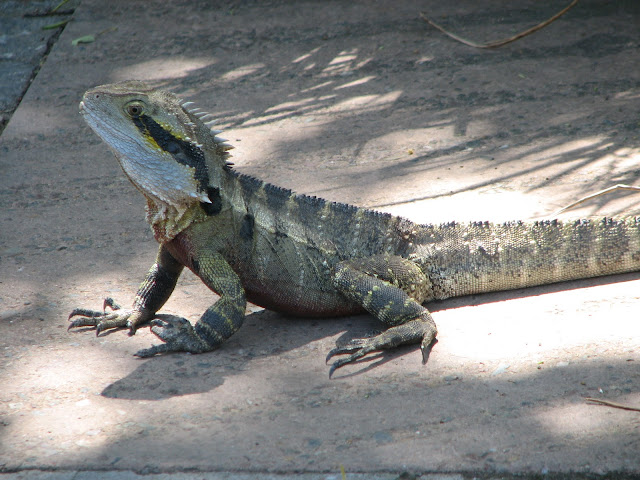 There are enlarged scales which form a crest down the middle of the head, back and tail.  Doesn't it look rather fierce close up? 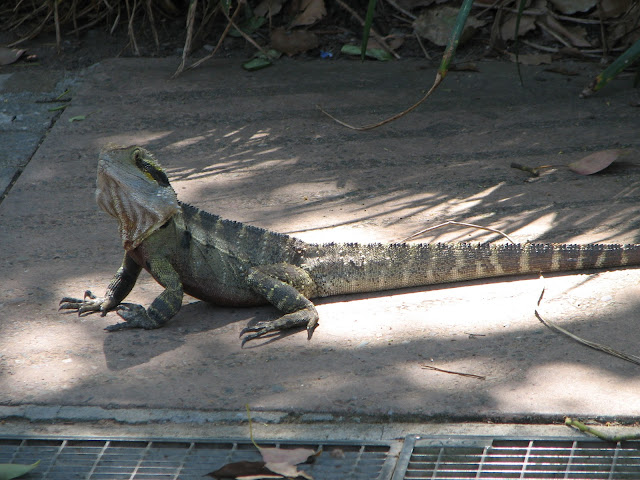 The legs are long and powerful and flattened on the sides to assist with swimming.  They have extremely long toes with rather sharp claws.

Such an impressive creature!