I often do a Wildlife On Wednesday post, but not today.  Today it's a Wildfire On Wednesday post.  I had posted recently about the practice of controlled burns that happen around our city and surrounds every year.

Wintertime is potentially the time when the risk of bushfire is the greatest here in my corner of the world.  Winter is the middle of our dry season and after a particularly bad wet season, there's a lot of fuel in the bushland here ... lots and lots of half-dead brown dry grass.  On top of that, we also had a bad cyclone season and there's lots of debris lying around on the ground ... broken branches and fallen trunks.  So, controlled burn-offs are one way of reducing the risk on hazardous bushfires, and we've had many of them over the last couple of weeks.

Unfortunately, now we've had a bushfire break out very close to my home. This was not a controlled burn.  It started at one end of the hillside at the end of our street sometime yesterday and we heard the crackle and pop of burning embers all night long. 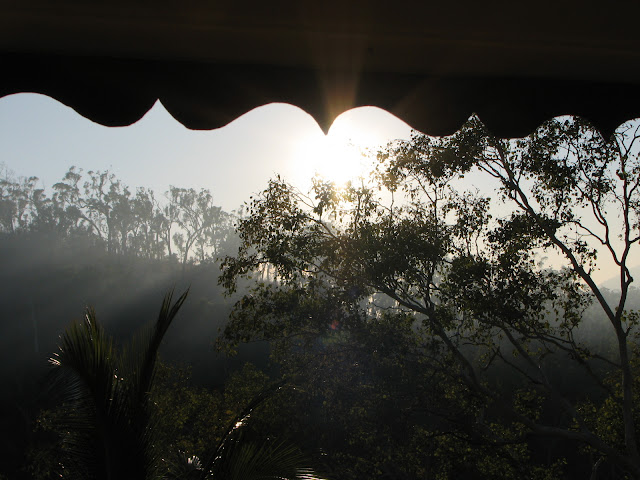 There was a bit of haze hanging around this morning as I got up to prepare for the day, but it didn't look like the fire was getting too close.  As a matter of fact we'd thought it had taken off in the other direction away from our street, and everyone went to work as usual.

Well ... I knew there was something up when I started heading down the highway south towards home after work this afternoon.  I was stuck in a traffic jam for over half an hour, with a constant stream of traffic from the other direction passing by in a long, long line.  Then a couple of Bush Fire Brigade units whizzed on by, driving on the wrong side of the highway. 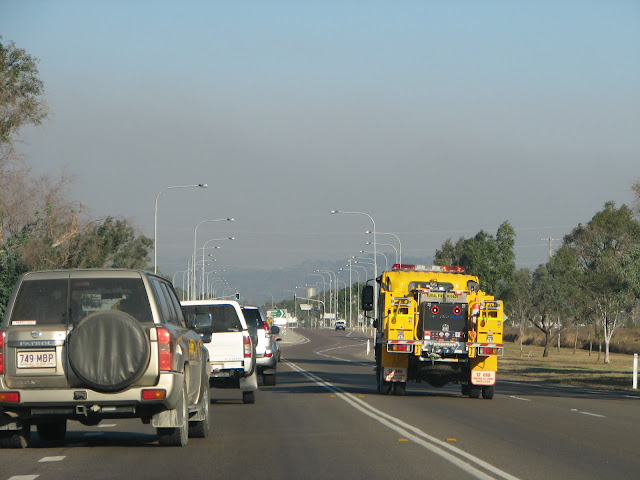 There were quite a few bushfires along the drive south and at one point the fire was raging right next to the highway.  At that point we had to drive on the wrong side of the road ourselves as only one lane was being allowed through.  You can see the police car to the far left and the two fire trucks and firefighters a little further along. 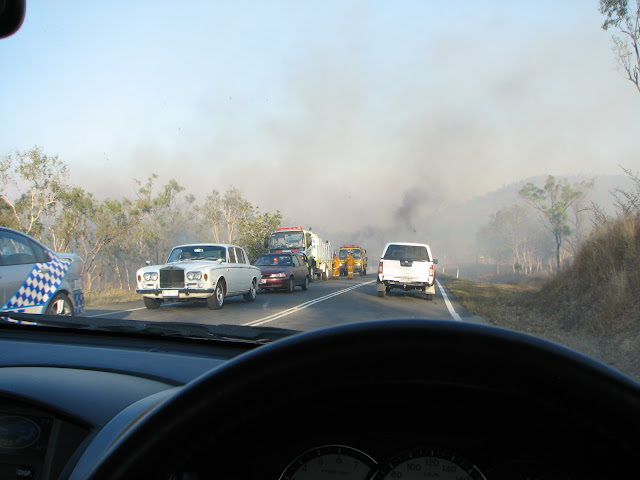 I passed sections of burnt out land. 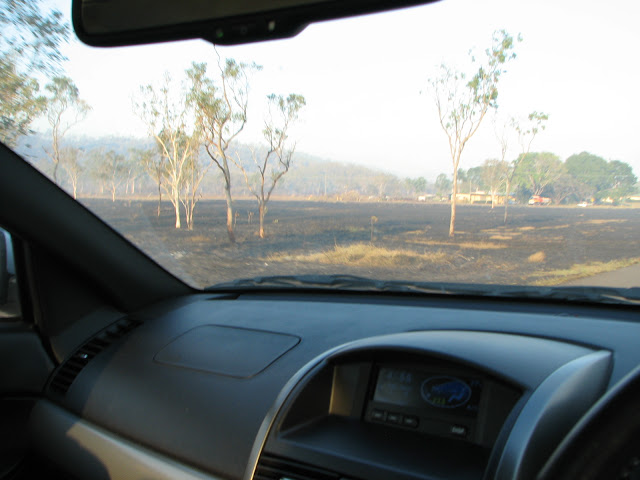 As I got closer to home, the cloud of smoke and ash was incredibly large so I knew there were several bushfires raging in the vicinity. 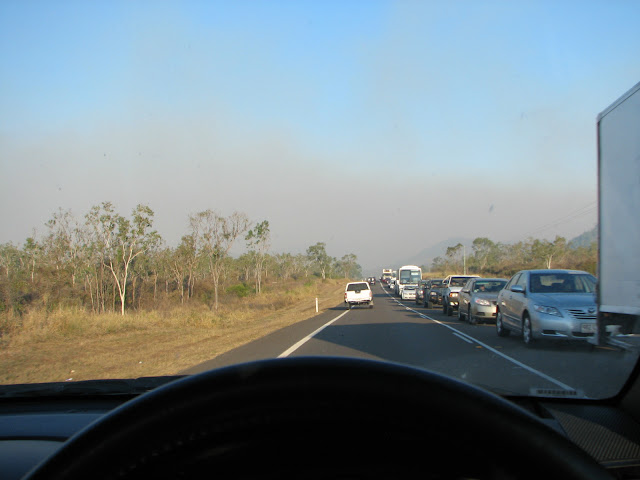 Turning off the highway and driving into our rural suburb it became apparent one of the fires was very close to my home.  My house sits behind that hill that's alight! 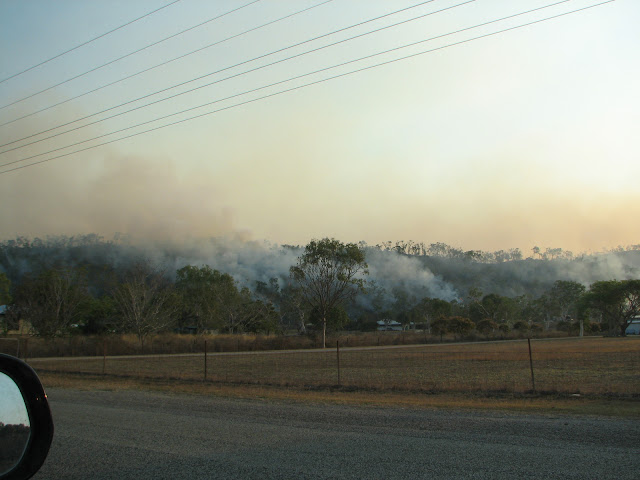 These people are in trouble.  The fire was very close to their houses and there was a Rural Fire Brigade truck at the back of one of the properties.

When I reached home, this was the view from our verandah.  The fire was coming down the side of the hill opposite our house.  It's a slow burning fire and thankfully it's a very still afternoon.  Fingers crossed the wind doesn't whip up overnight. 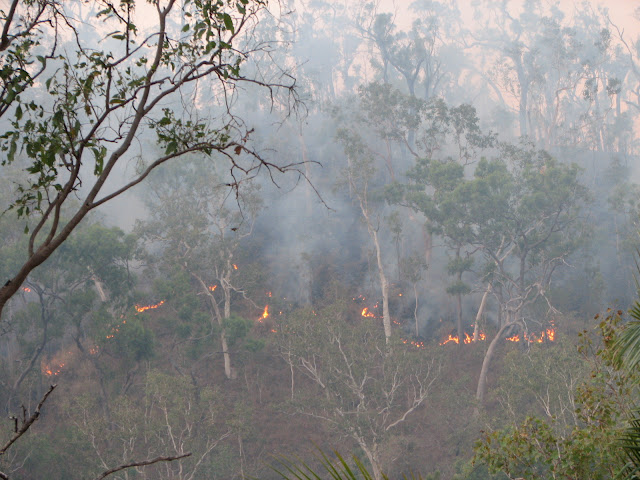 Dear hubbie had already reached home and had hosed down the gutters, hosed down the shadehouse and taken in the washing!!!  Lol!  It's no good having washing that smells of smoke!  Anyway, I know what he'll be doing most of the night.  Watching the show and keeping an eye on the progress of the fire. 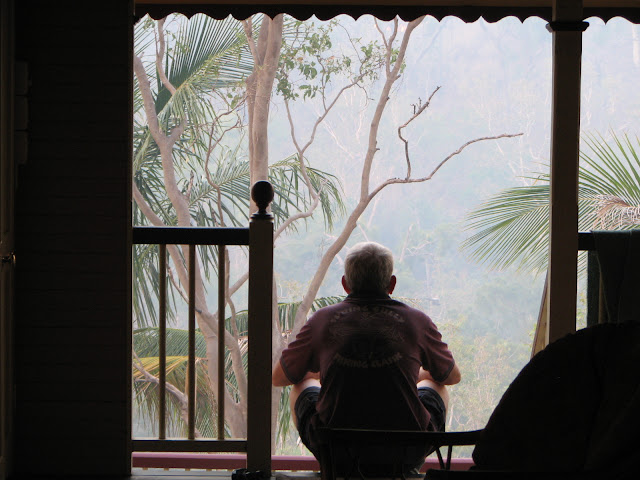 Now for a short video clip.  We'll be up all night watching its progress, hoping it doesn't jump to our side of the hill.


There's A Fire In Them There Hills


Bushfire Coming Slowly Down The Hill