Wildlife on Wednesday ... the Helmeted Friarbird. 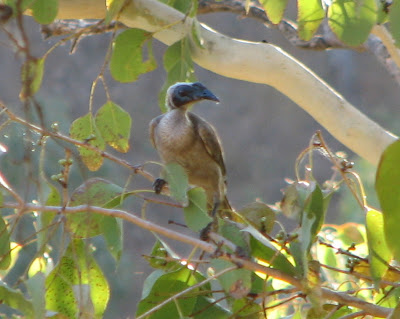 This poor creature, Philemon buceroides, is not the prettiest bird on the planet.  Whilst it has a close resemblance to a vulture from some angles, this is in fact the largest of our Aussie Friarbirds. 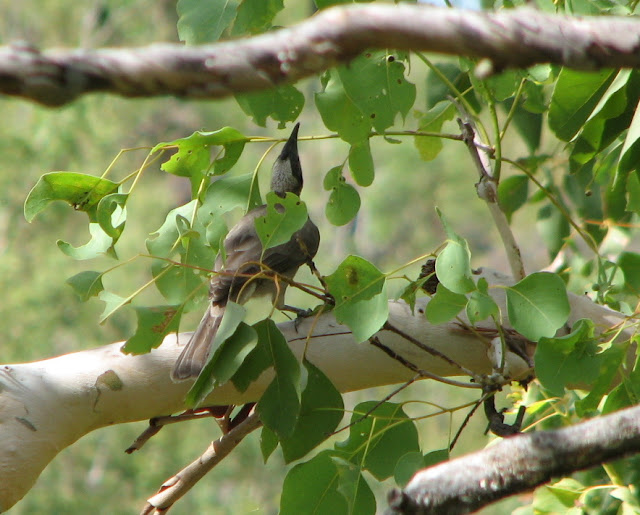 This bird is a fairly common around my place for most of the year.  It's easily distinguished from other birds,   not so much because of its' dull grey-brown body ... which is in stark contrast to so many of the rather colourful birds we see around here!  No, it really stands out because of its' big dark grey head which seems out of proportion to the body.   Then there's that gently sloping knob on the forehead and the dark bare skin around the face. 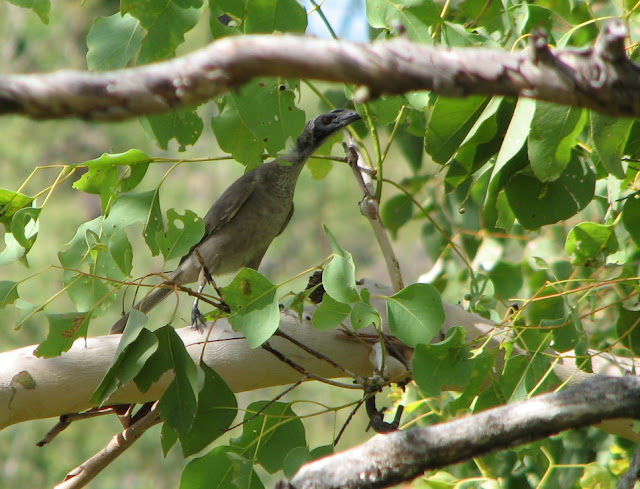 The underparts are a paler grey.   The legs and feet are  grey.  The eyes have a red-brown iris and the bill is black.  Altogether, the package is a little on the ugly side. 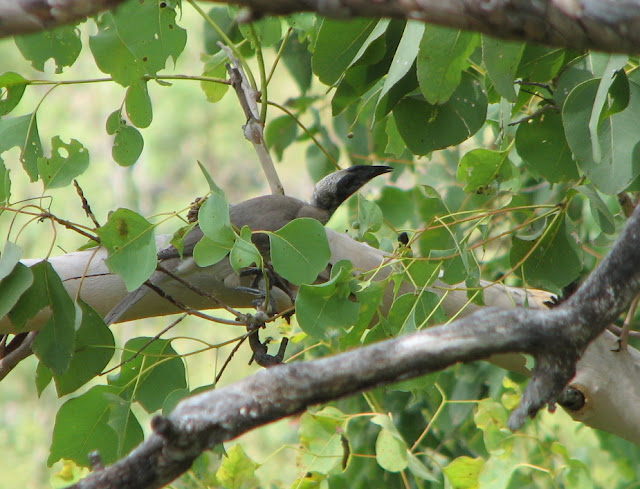 But, then there's the song.  Yesterday the song of a little group of these birds filled the afternoon air and really added something special to my day!  Here's a little snippet of that beautiful sound as the group hopped around feasting on the nectar of the Eucalyptus flowers.