Wildlife on Wednesday ... the Pheasant Coucal.

Can you spot it? 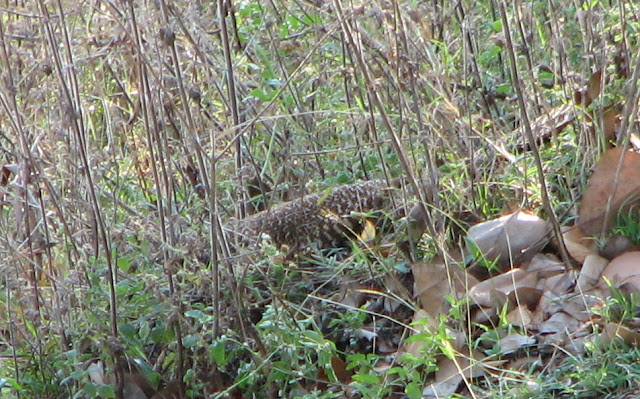 NO ... it 's not the 'Ghost Who Walks', more like the 'Bird Who Walks' ... because this bird finds it very difficult to get off the ground at all, let alone stay in flight mode!  This Wildlife on Wednesday post is all about the bird named the Pheasant Coucal. 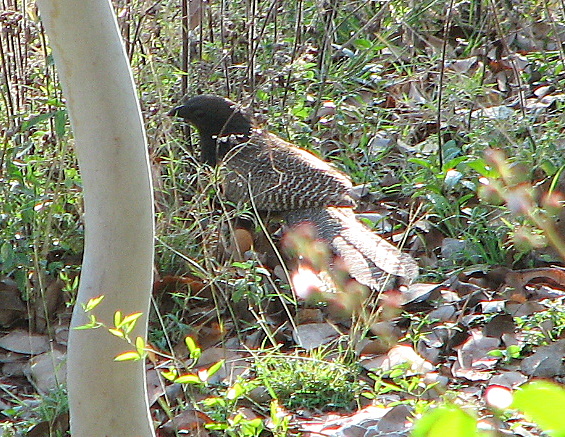 Now, this bird is not a Pheasant despite having Pheasant as part of its name.  Centropus phasianinus ... Pheasant Coucal ... is, in fact, a 'pheasant-like' Cuckoo!!!   It's the only member of the Coucal family that lives Downunder. 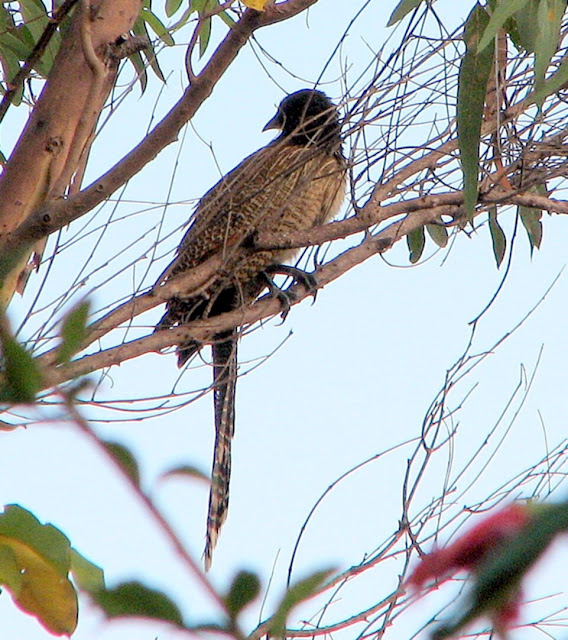 It's a black bird with brown/chestnut wings, red eye, large feet and a long tail.  In fact, this Cuckoo is a ground-dweller ... primarily because its long, long tail makes flying any great distance a real chore!!  Trying to get off the ground with that tail is an onerous task ... and watching the poor thing trying to take off does cause me to chuckle a bit!  It's such an awkward affair ... not the least bit graceful! 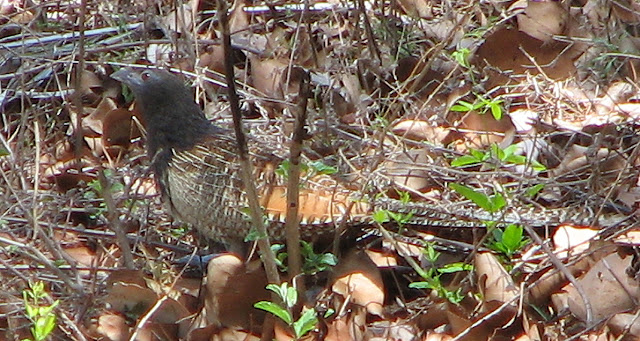 This bird is found all across Australia's top end and down the east coast all the way to Sydney.  Its diet consists of mainly large insects and small animals, and it lives in permanent territories mostly in grassland areas. 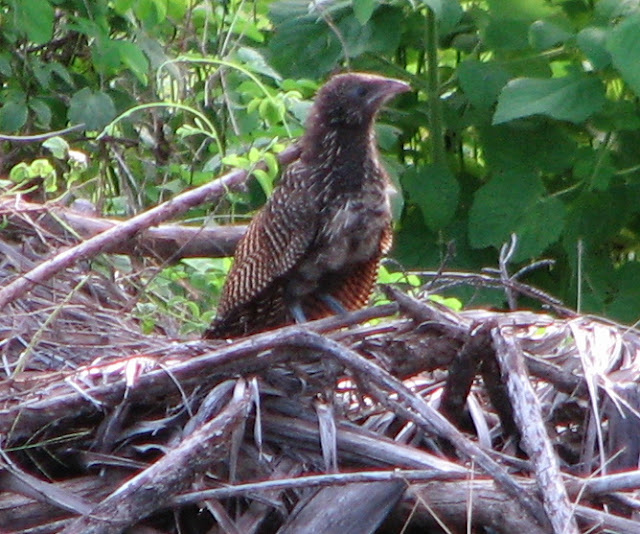 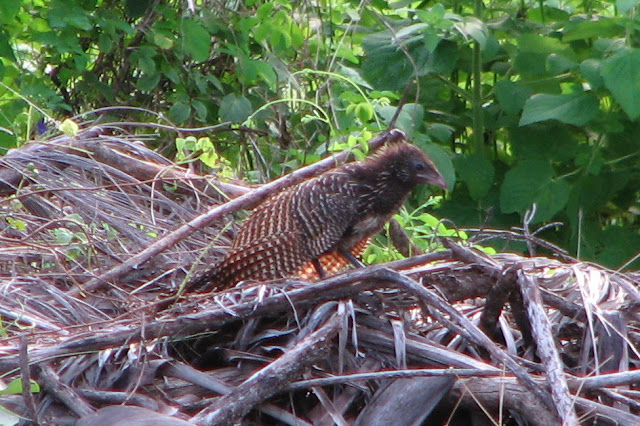 Pheasant coucals form lasting pairs and they are a common sight here in the foothills.  Out in the bushland close to my home, they take up residence in the enormous clumps of Lantana.   That's where the pair will build their nest.  It's the male that will incubate the eggs and feed the young, although the female will help with the feeding. 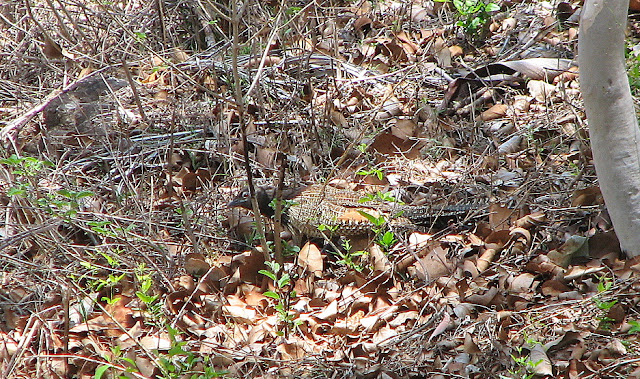