It's delightful to be back for another Wildlife on Wednesday post.  Thankfully my computer didn't die ... a lovely surprise!  Anyway ... back to the wildlife.

Just recently we have noticed this rather fabulous spider at our place.  It was my hubbie who first discovered it ... just outside his workshop.  It was hard to miss!! 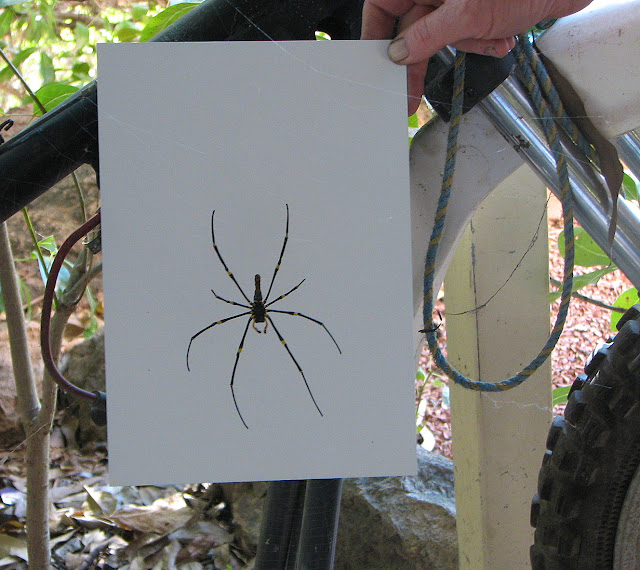 The size of this creature really took our breath away.  It was enormous ... nearly 20 cms ... and it's web was around a metre across.  Some days later, it had moved up to the courtyard garden ... and I almost walked straight into it's web whilst watering my potted plants. I was intrigued, so I just had to do some research to find out about this marvellous thing. 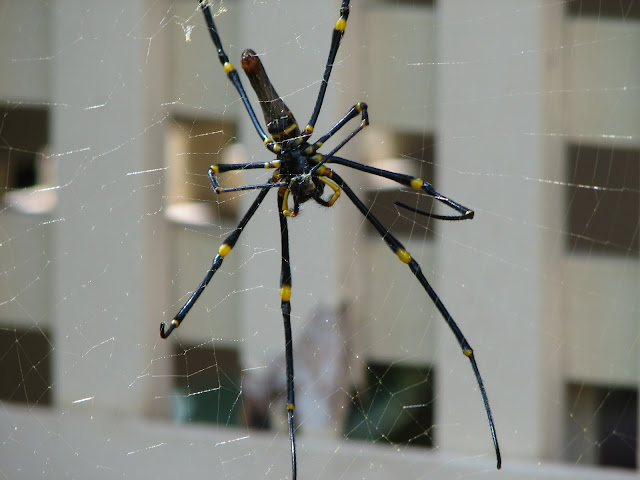 Nephila pilipes was formerly known as Nephila maculata.  It's a tropical spider and the most striking of three Nephila species found here in Queensland with the distinguishing yellow patches on the joints.  The common name ... Golden Orb Web spider ... apparently comes from the colour of the web displayed in the sunlight. 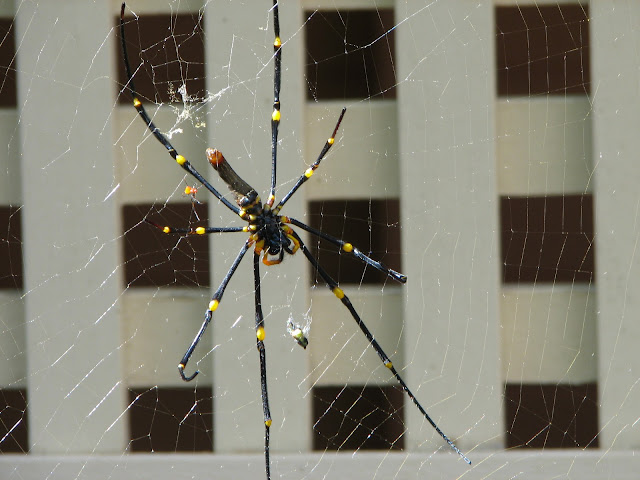 The photos show the underneath view of the female ... the females are giants compared to the males.  There were two males living on the web with this female and they were hard to spot.  If you look very carefully at the photo above, you might notice one of the males near her back leg on the left hand side of this shot.  It's a little speck of orange!!  I can imagine that mating would be a herculean task!

Now for a short video showing the female dining on it's captured prey.  The fantastic orb web is designed to catch large flying insects ... although small birds and bats can sometimes be caught!  I did try to zoom in on the males that accompanied this female ... but I'm afraid the vision is rather blurry and out of focus when I zoomed in on them.  Hopefully, you will still enjoy the clip.