For this Wildlife on Wednesday post, I'm showing another stunning bird that we are just so, so lucky to be able to see flying around our garden.  They can often be seen feasting on the nectar of our Cadaghi Gums in our hill driveway garden.

They are the magnificent and unmistakable Rainbow Lorikeet - Trichoglossus haematodus. 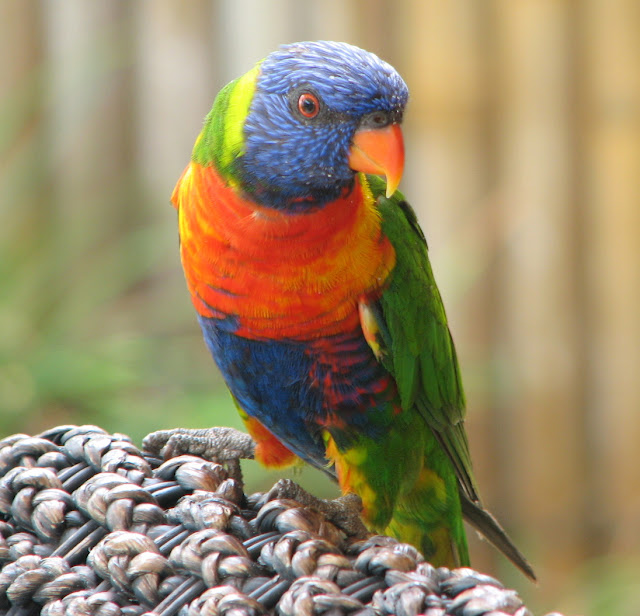 You can see from the photo that it would be hard to mistake this breed for any other species of parrot with its blue head, bright red beak and colourful plumage.  I took these photos while we were staying at Magnetic Island ... which is just a short ferry trip away from my city.  These two particular Rainbow Lorikeets were very, very friendly!! 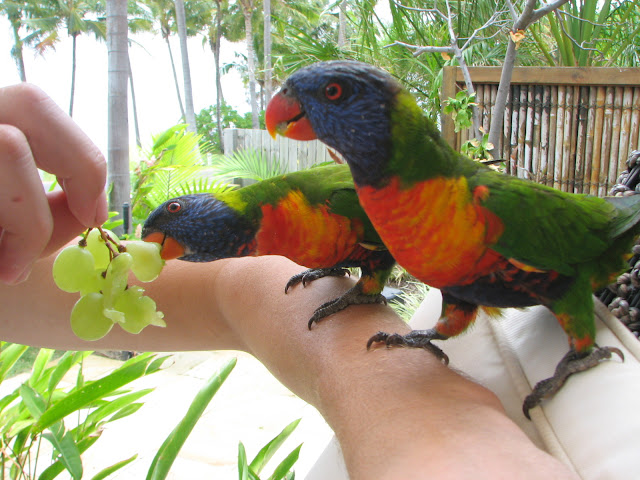 Both sexes look alike, with a bluey-mauve head and belly; green wings, tail and back, and an orange/yellow breast. 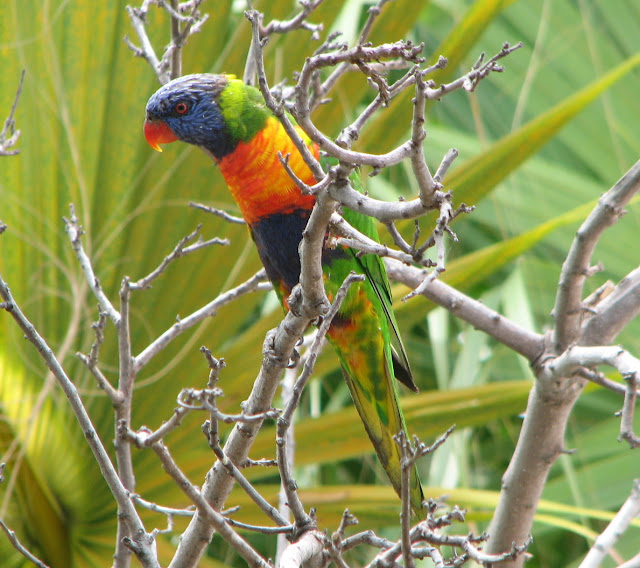 The Rainbow Lorikeet is a familiar sight in coastal regions across northern and eastern Australia.  Their continuous loud screeching is a familiar sound around my place and because they cluster in groups, the noise can be quite deafening at times!

They mostly forage on the flowers of shrubs or trees to harvest nectar and pollen, but they also eat fruits, seeds and some insects. 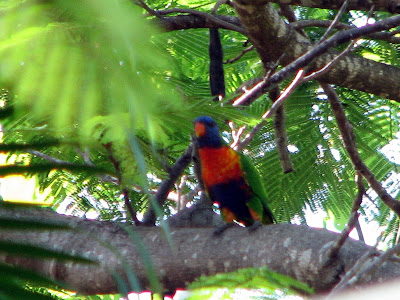 There's another blogger posting a Wildlife Wednesday post today ... so go on over and have a look.  Lotusleaf is showing some of the great wildlife she sees in her South Indian garden:
Lotusleaf's Garden
at 11:26 AM