Wildlife on Wednesday ... Slimy Snails. A beauty or a beast?

Would you believe it ... I had never seen a real snail in my life until I moved to this property around 10 years ago! 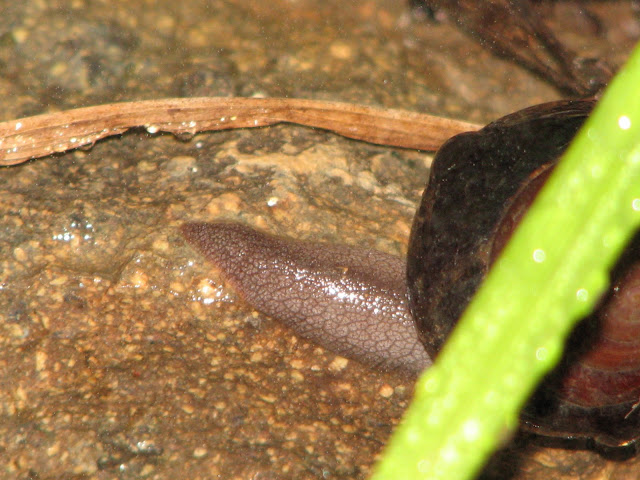 No ... really ...  I had never, ever spotted one before!  Now I know many would react to the sight of a snail with utter disgust and start looking for a frypan and a dob of butter!!!!  But I have to say that I was rather excited and delighted when I did spot one for the very first time leaving its glittery silver trail all over my kitchen window screen.  Actually I stood and watched it for ages and ages marvelling in the sight!  I thought then ... and still do think ... that they are simply amazing creatures.

Now that was, as I said, about ten years back and while I don't see them often, I do see them at least a few times a year ... mostly during a decent 'wet' season.

I don't know anything at all about the different types of snails, so there are no identifying captions on the photos that follow ... these are just photos of various snails spotted in the last few years. 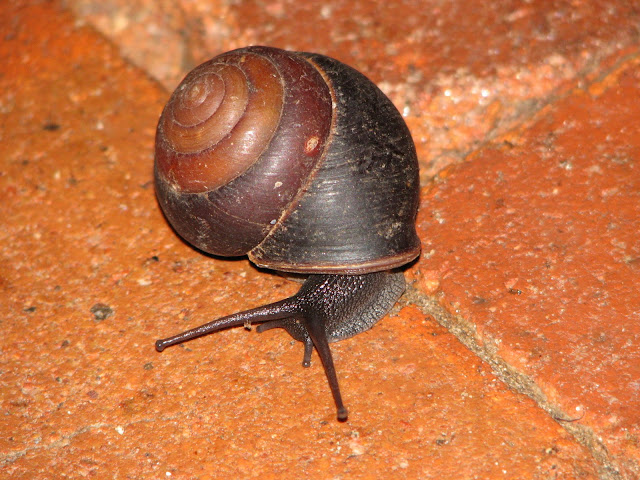 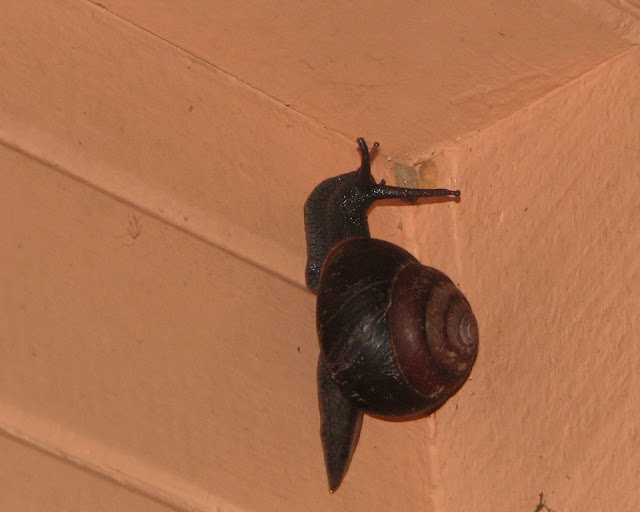 We do tend to see mostly these darker coloured ones. 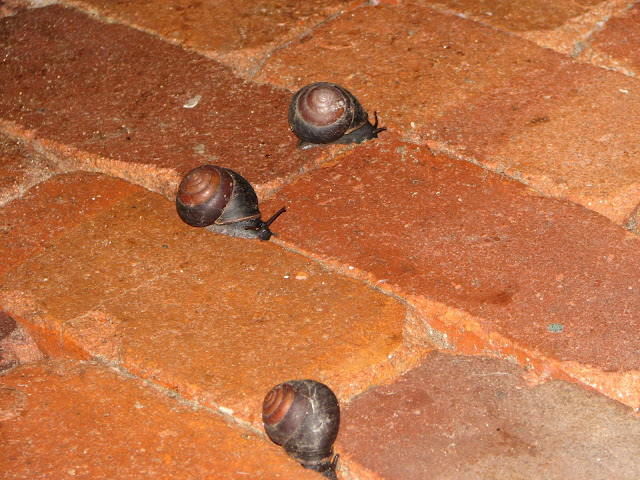 Every now and then we spot snails like this ... 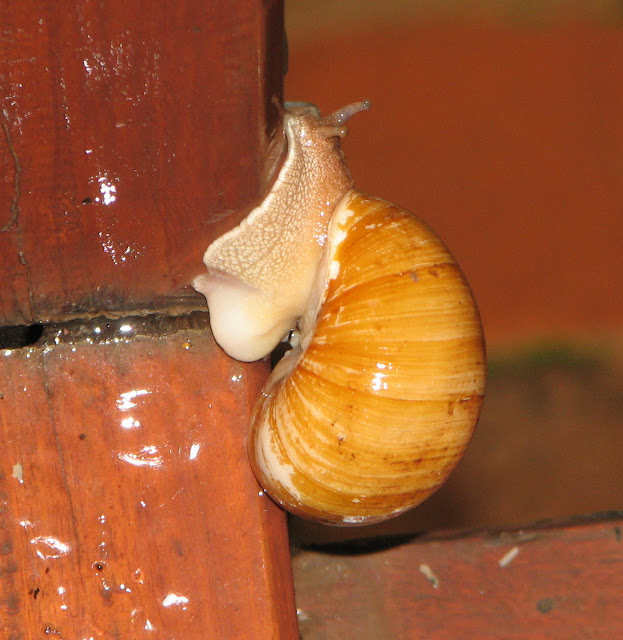 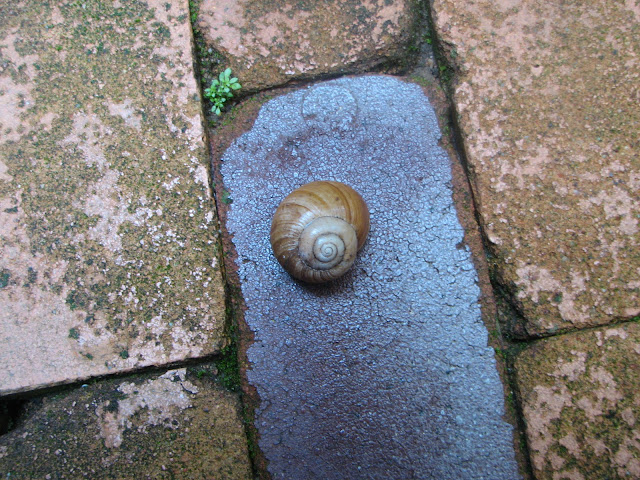 I do also see snail shells lying around the property every so often.  It seems that our resident kookaburra family enjoy a 'snail snack'. I've seen the kookaburras picking them up and smashing them on nearby rocks.  This fellow was hopping around a garden bed searching for snails ... unfortunately my camera's batteries went dead just after this shot and that was when he had snatched one up with that fabulous beak. 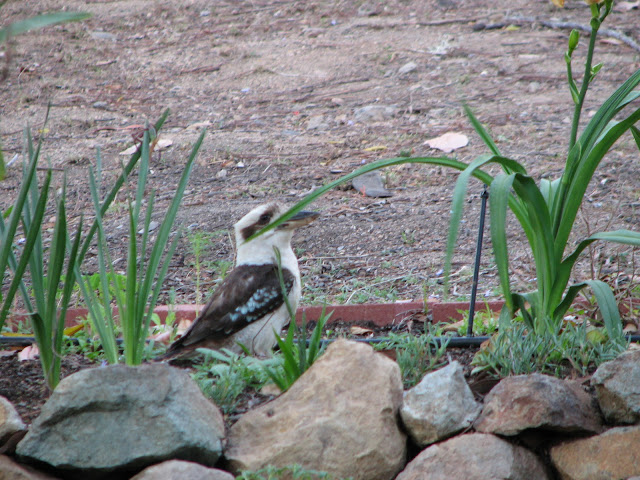 I do hope I get to see many more slithery, slimy snails in the future ... but I guess I'll have to be lucky before they're spotted by very keen kookaburra eyes! 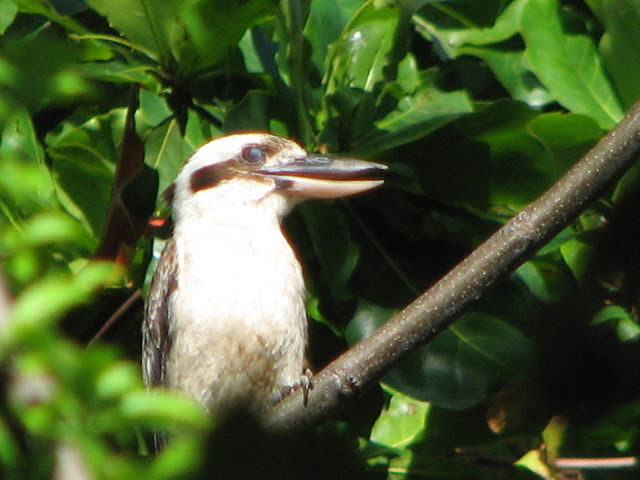