It's been a week of watching and waiting!

Thar she blows!!!!  We've had our eyes wide open watching and waiting to see just what 'Ului' was going to do.  All week this monstrous cyclone ... originally rated Category 5 - has been racing across the Pacific towards us.  There is no higher category for cyclones ... so there are things that we must do to prepare for such a cyclone. 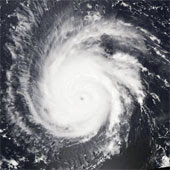 Luckily we had time to do a lot of trimming back and tidying up during the previous two weeks in between showers of rain.  A pile started building and building .... 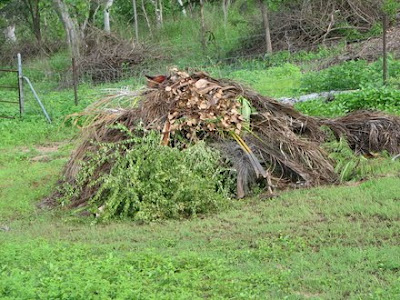 ... so mid-week we invited some friends around and we sat around the bonfire having a quiet one! 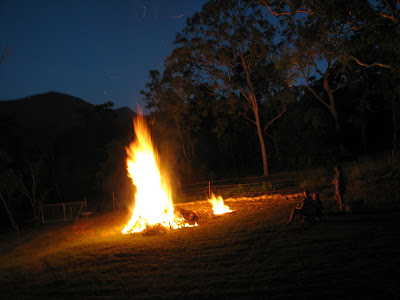 As the week progressed, Ului started to deteriorate ... down to Category 3 and then yesterday down to Category 2 ... so it's now only a 'Destructive' cyclone instead of a 'Very' or 'Highly Destructive' monster.  But it's still heading straight for our section of the north-east coastline.  It's now around 580 kilometres away but is expected to re-intensify to Category 3!
So today has been a busy Saturday ... moving potted plants from the courtyard, moving seedling trays and cuttings into shelter out in the greenhouse garden, a bit more trimming and another bonfire, making sure that there's nothing in the yard that could be blown around or blown away ... actually we had this task pretty well covered as there have been two other cyclones that have made landfall here in the north-east already during the summer!
Now ... if it stays at Category 2, the cyclone's strongest winds can still gust at around 125 -170 kms an hour.  So, tonight I'll be moving all the furniture off the verandah. 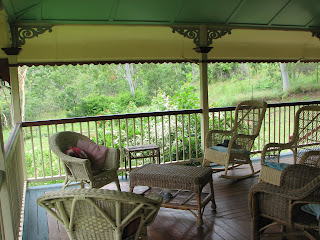 Of course, we've already filled the gas bottles, filled the pantry, filled large water containers and put out the torches and candles where they're easily found.  The generator has been given a test start ... just to be sure it's still working ... and now it's time to sit back and wait.  'Ului' is expected to make landfall early in the morning somewhere along a 300-kilometre stretch of our coastline.
While this all sounds rather drastic, this is a normal part of life here during the summer into early autumn.  We can get ready for an imminent cyclone at the drop of a hat ... it's second nature to us now.  This map (courtesy of the Bureau of Meteorology) shows the history of cyclones in our area over the last 34 years .... each coloured line shows the trail of a cyclone. 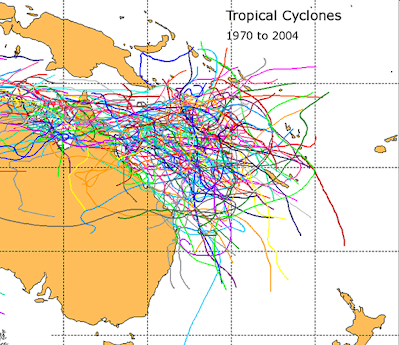 Our section of the Australian coastline ... I'm talking about northern Queensland ... unfortunately, is the area that experiences THE most number of cyclones in the entire country.
Now with any luck, all we'll get is a few hours of strong wind gusts and maybe some more rain ... fingers crossed! ... and we can hope that the cyclone crosses the coast in a unpopulated area and there's little damage.  It should be inland by Sunday evening ... after that we'll continue to get heavy showers and strong winds.
On a much lighter note ... today as I went out into the garden to prepare, I noticed my vanilla marigold is blooming ... 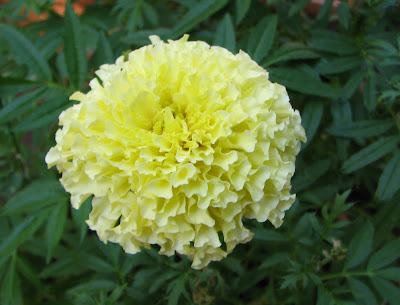 ... now I'm thinking maybe it's not so much 'vanilla' as 'custard'!!!!  Maybe that's what they meant when they labelled it as 'vanilla' .... 'vanilla custard'.
Not only that, but just look ... finally ... my Empress Toad Lily (Tricyrtis x empress) has shown her beautiful face! 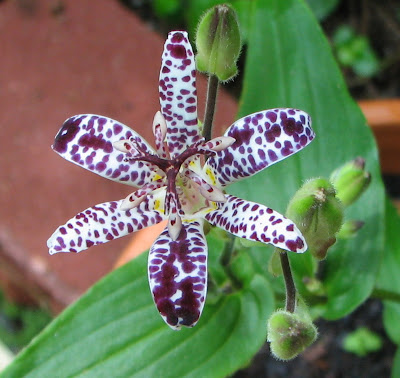 Email ThisBlogThis!Share to TwitterShare to FacebookShare to Pinterest
Labels: Autumn in the garden, cyclone season