One of the terrible results of the devastation caused by a Tropical Cyclone like TC Yasi, which swept through here a few weeks ago, is the loss of vegetation.   Thousands of trees across the city were felled literally overnight when Yasi struck ... and the trees that were left standing were stripped of their leaves, flowers and fruit.

Not only is this habitat destruction a sad sight for us ... the human population ... but it's a huge loss for the local wildlife.  Around my city there are lots and lots of birds looking for food right now.  It's hard work for these poor creatures and just last week I spotted a group of Red-Tailed Black Cockatoos looking a little lost.

There's been a group of these magnificent birds hanging around here for ages and ages.  They particularly love the fruit of the trees in our neighbour's yard as well as the flowers of our Cadaghi Gums.  We hear them screeching away with pleasure atop these very tall trees almost every day during the summer here.

Well, unfortunately most of our neighbour's trees are now lying in massive piles all over their yard and our Cadaghis are almost completely bare.  The group of Red-Tailed Blacks turned up just a few days after Yasi had hit and were all in a flap as they searched for their favourite haunts.  The branches of their beloved trees were nowhere to be found.

They perched themselves on some nearby branches and there appeared to be a rather heated interaction going on between two of the males and the group of about five or six females all sitting together.  The males had found a little bit of food which they were obviously eating with great relish, while all the females appeared to be going without.  It seemed there was just not enough tasty food to go around. 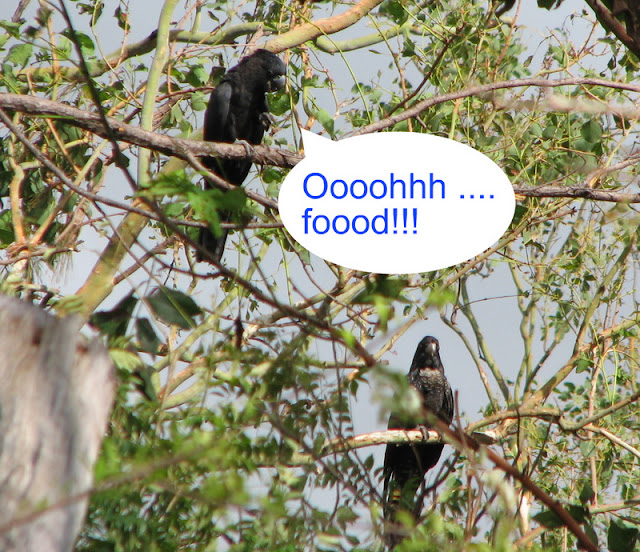 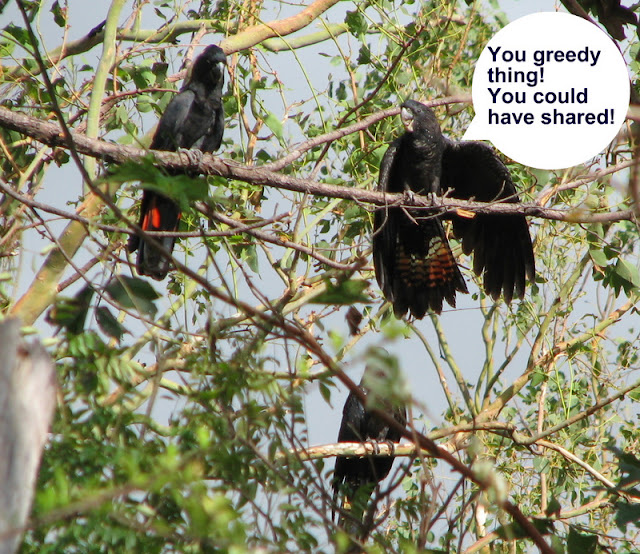 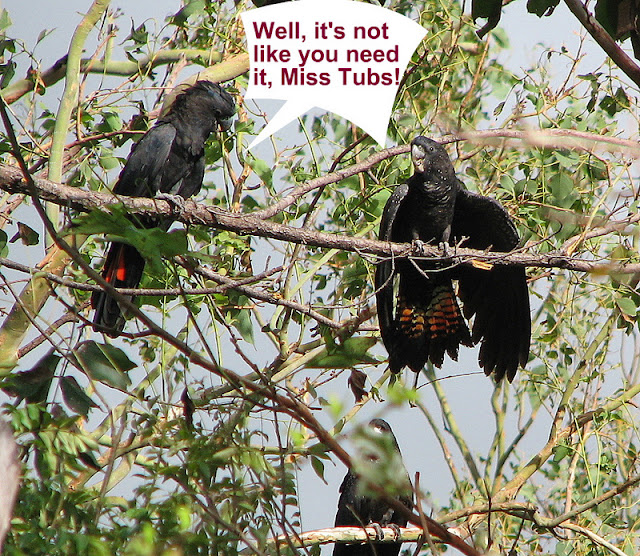 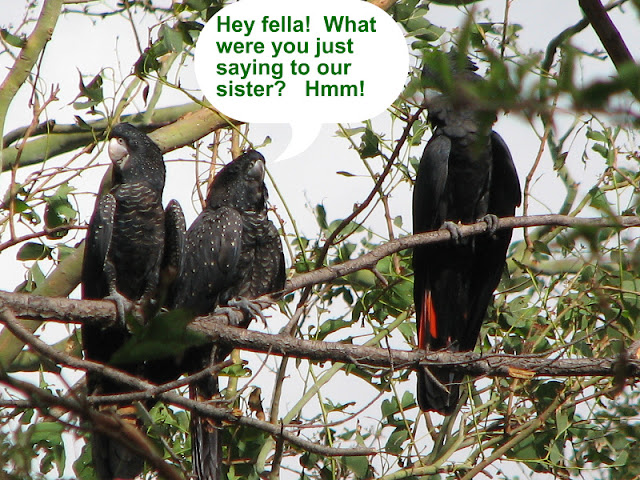 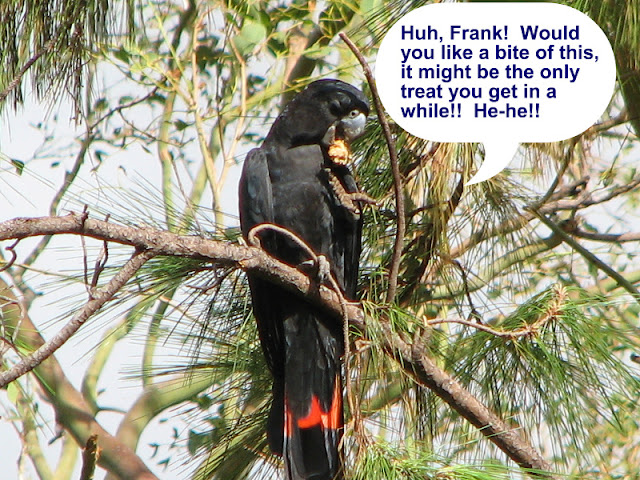 I haven't seen any of the Red-Tailed Black Cockatoos since that day, so they've probably moved in now in their search for food.  I'm left wondering just how many of the birds that usually live around here might be missing for a while.  I've certainly noticed the usual daily bird song din has quietened down considerably.
at 11:14 AM