Following on from last week's WW post about a really noisy winged visitor ... this week I'd like to introduce another loud and raucous visitor to our garden.  We see them quite regularly throughout the year ... well, we generally hear their harsh grating shrieks first!!

They're mainly arboreal and love foraging in the canopies of the Eucalyptus and Acacia trees.

This is the magnificent Red-Tailed Black Cockatoo.  There are four sub-species of this bird, but it is Calyptorhynchus banksi macrorhynchus that is quite a common sight across western, northern and eastern Australia.  While both the male and the female have a short crest, a stubby beak and a long tail ... there are some differences.

The male is jet black, with a broad band of bright red in his tail and a dark grey beak. 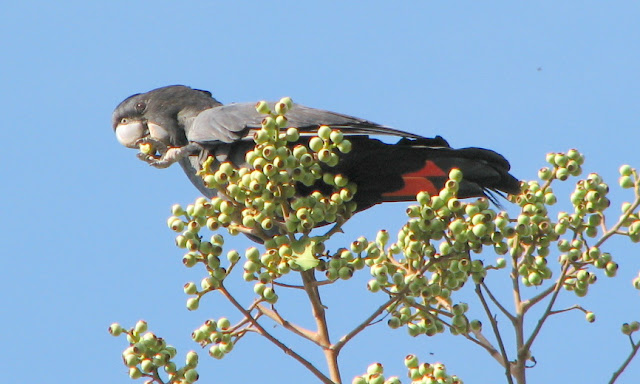 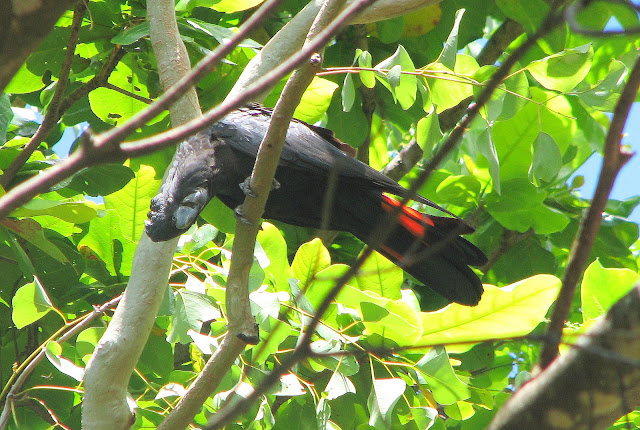 The female is duller black, with yellow speckles on the head and breast, and yellow patches in her tail. Her beak is whitish in colour. 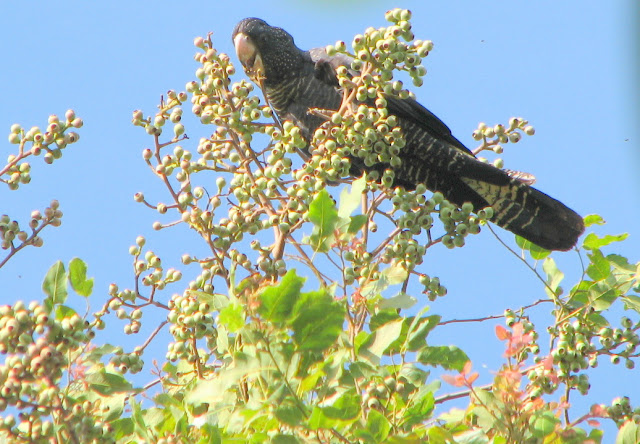 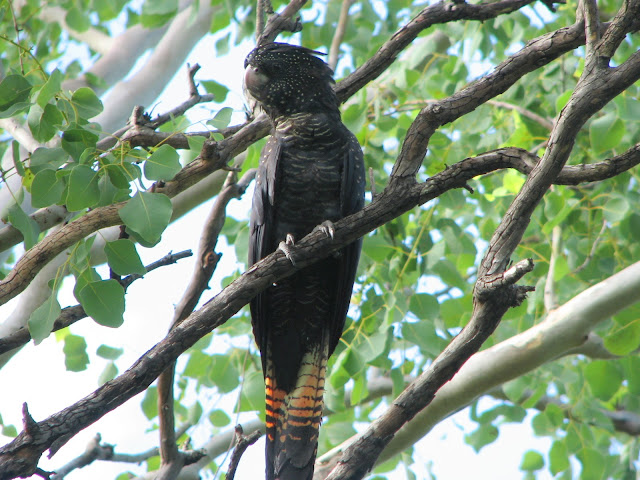 A female will lay two eggs but only one young ever grows up to leave the hollow in a tree in which the eggs are laid. 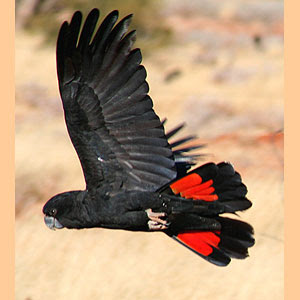 Around here, we usually only see these birds in small groups of males and females.  Further out west, they can be spotted in flocks of over 1000 birds.   There is a common 'bush myth' here in Oz ... no, nothing to do with the ex-President of the US ... it's all about these beautiful black birds.  Apparently if you see three of the these cockatoos together ... that means rain is three days away.  If you're travelling in the outback and you see two thousand ... yes ... that's how many day until the next rain!  I'm not sure where these massive flocks of cockatoos are finding food out there, when there's supposed to be drought for months on end!

Another interesting fact about these beauties ... some of these birds have been known to live for 100 years in captivity.  In the wild, they can live to around 20 years.

There are a couple of other bloggers who have also posted interesting posts that fit in with the Wildlife on Wednesday theme ... so please check them out!
Rosie at Leaves n Bloom
Lotusleaf at Gardentropics