Friday Flower Flaunt ... On This First Friday of Autumn. 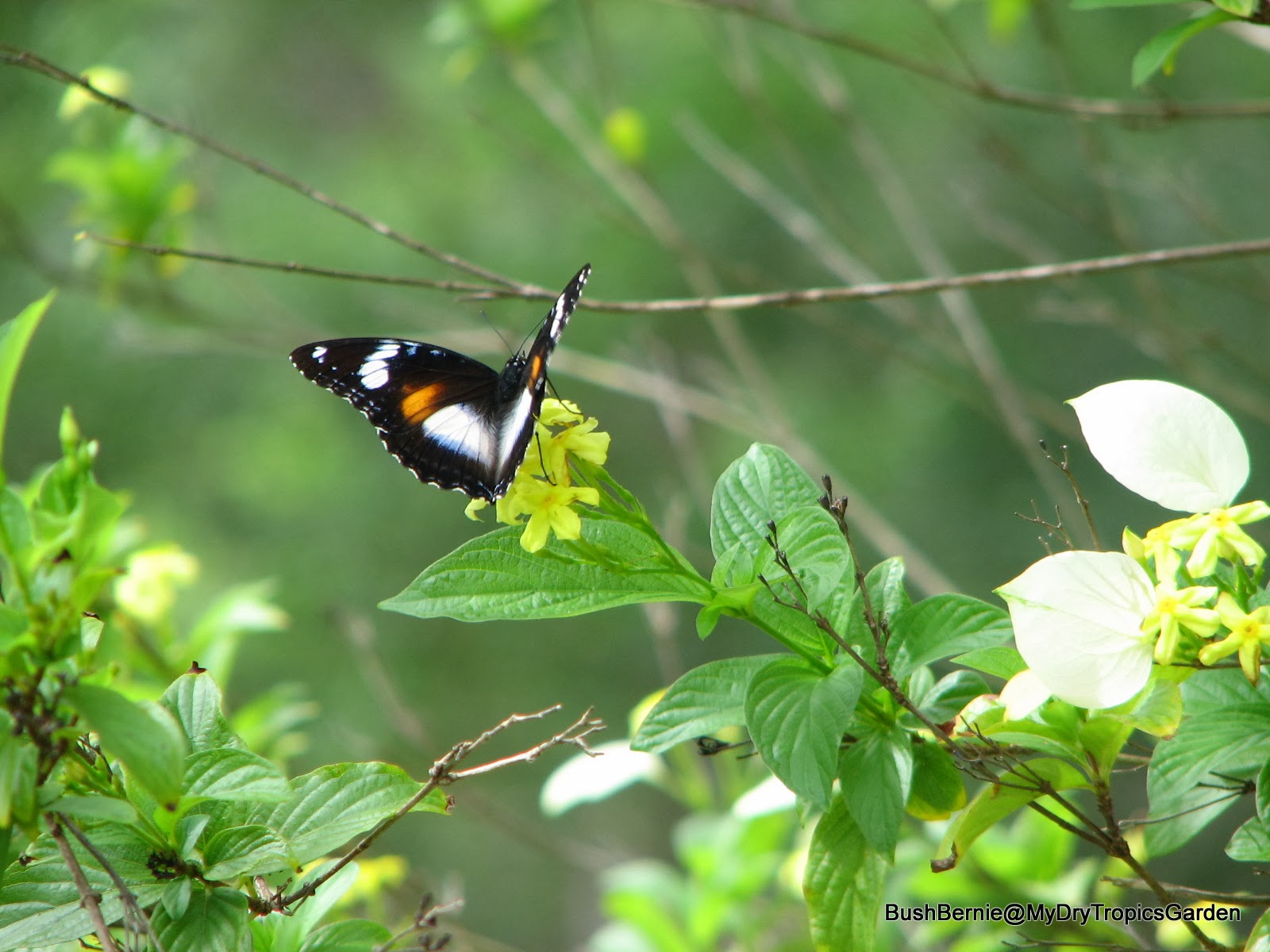 Yes Autumn has officially begun, but it would be hard to tell the difference between the end of Summer and the start of Autumn here.  Some nights have been slightly cooler, but that's about the extent of it.  There are no fabulous Autumn leaf displays around.  The landscape is filled with evergreens.

So it continues to be hot and humid most days, with little or no rainfall from week to week even though this is still wet season.  There is another tropical low forming out in the ocean to the east and it's expected to move closer and develop into a cyclone over the coming weekend.  It may bring some heavy downpours, but we'll see.

At the moment there are a few flower sprays to be seen around my place. 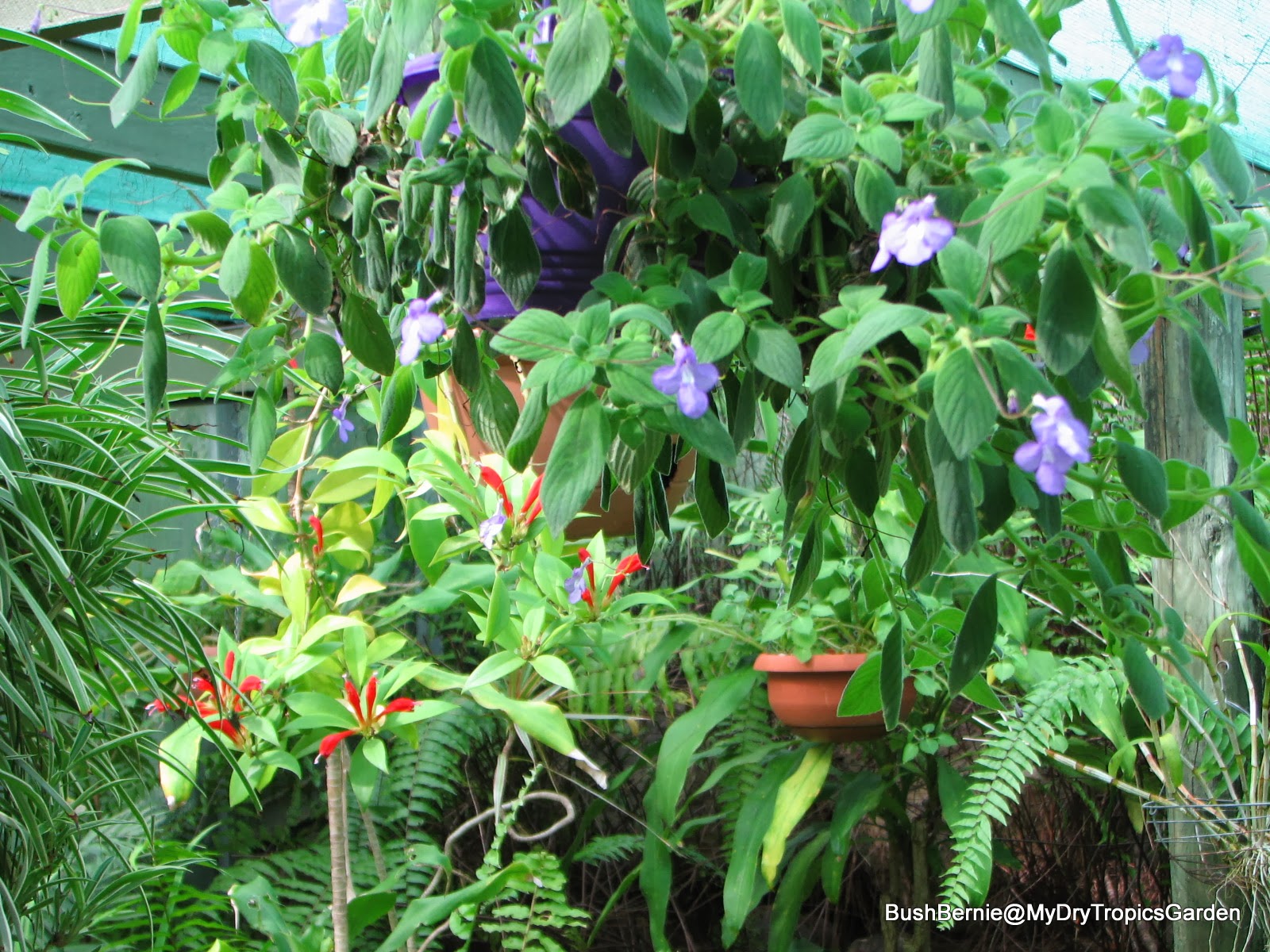 Streptocarpus caulescens and Aeschynanthus in the shadehouse. 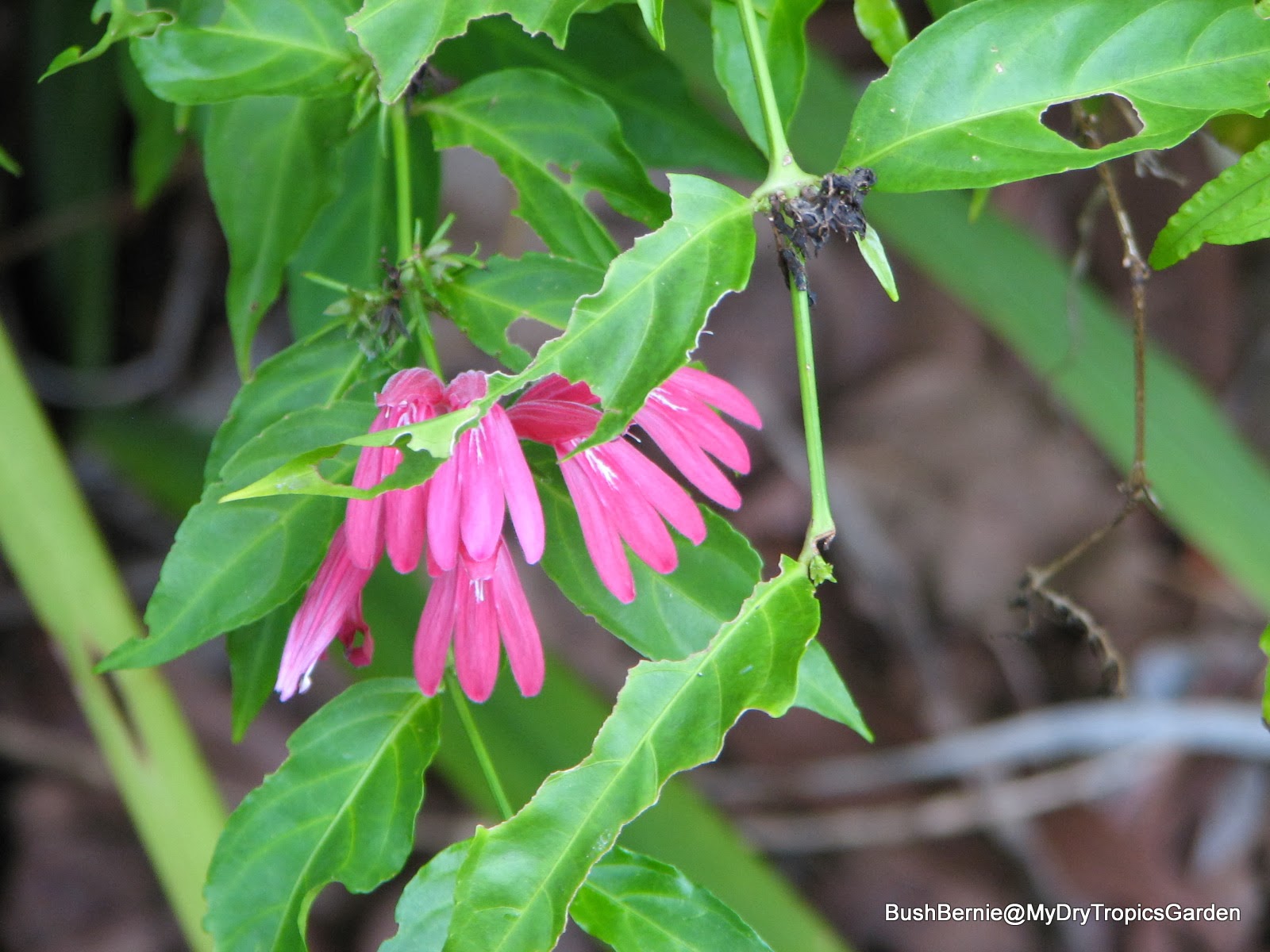 Dianthera nodosa near the front verandah. 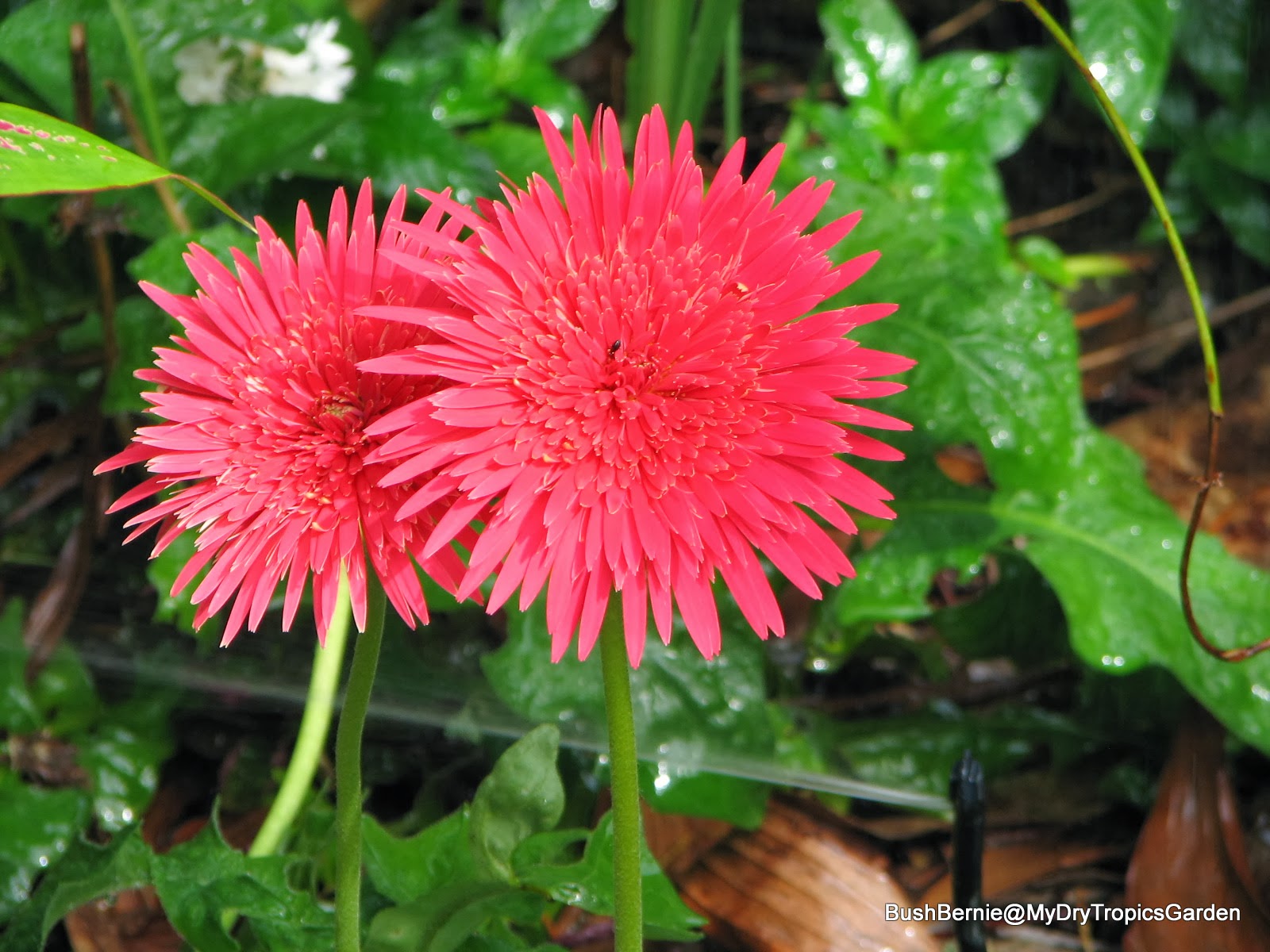 Double Gerberas outside the shadehouse. 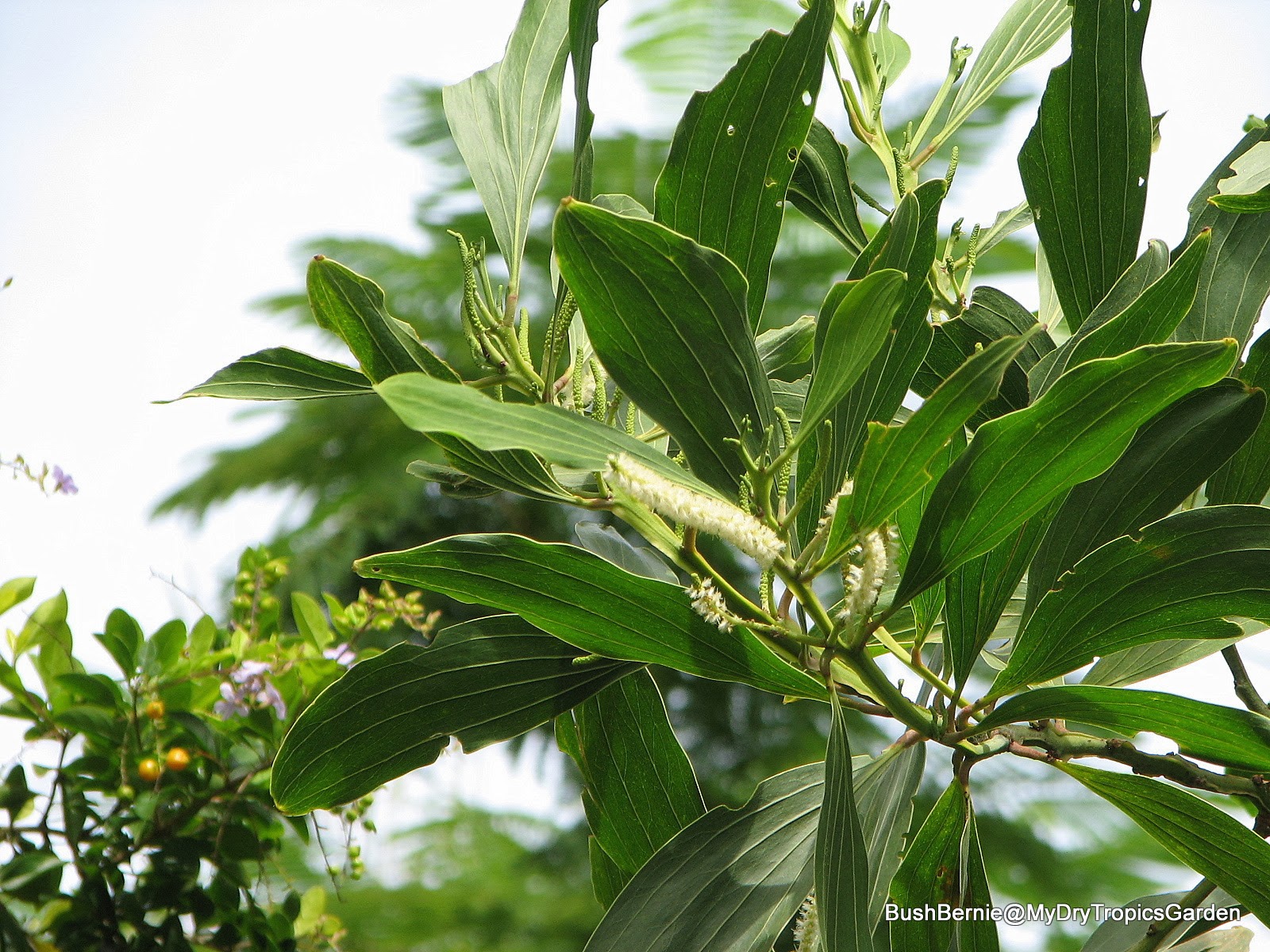 The first flower sprays of the Acacia mangium are appearing. 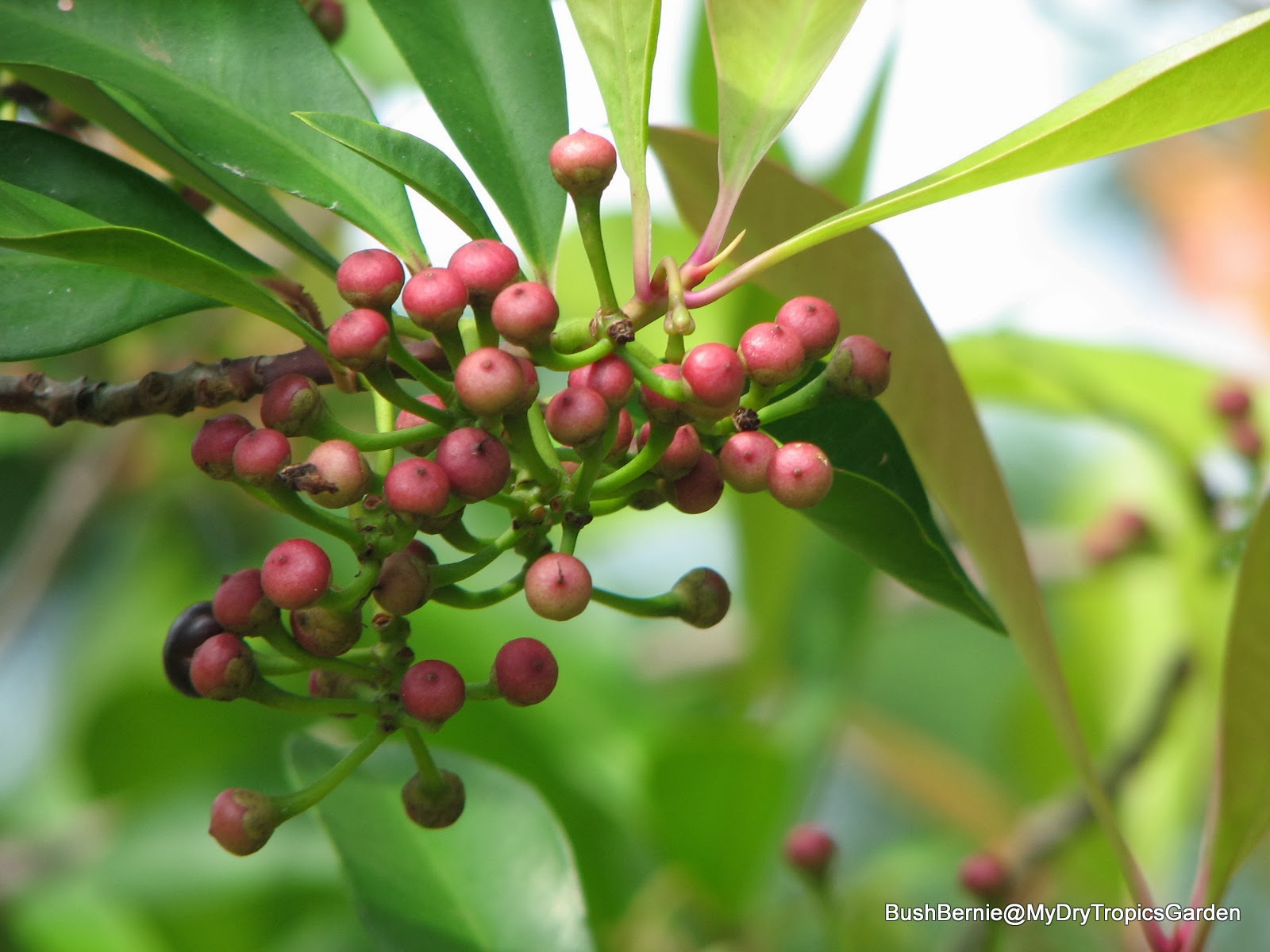 The flower buds of the Ardisia elliptica are starting to appear once again in the tiered garden beds. 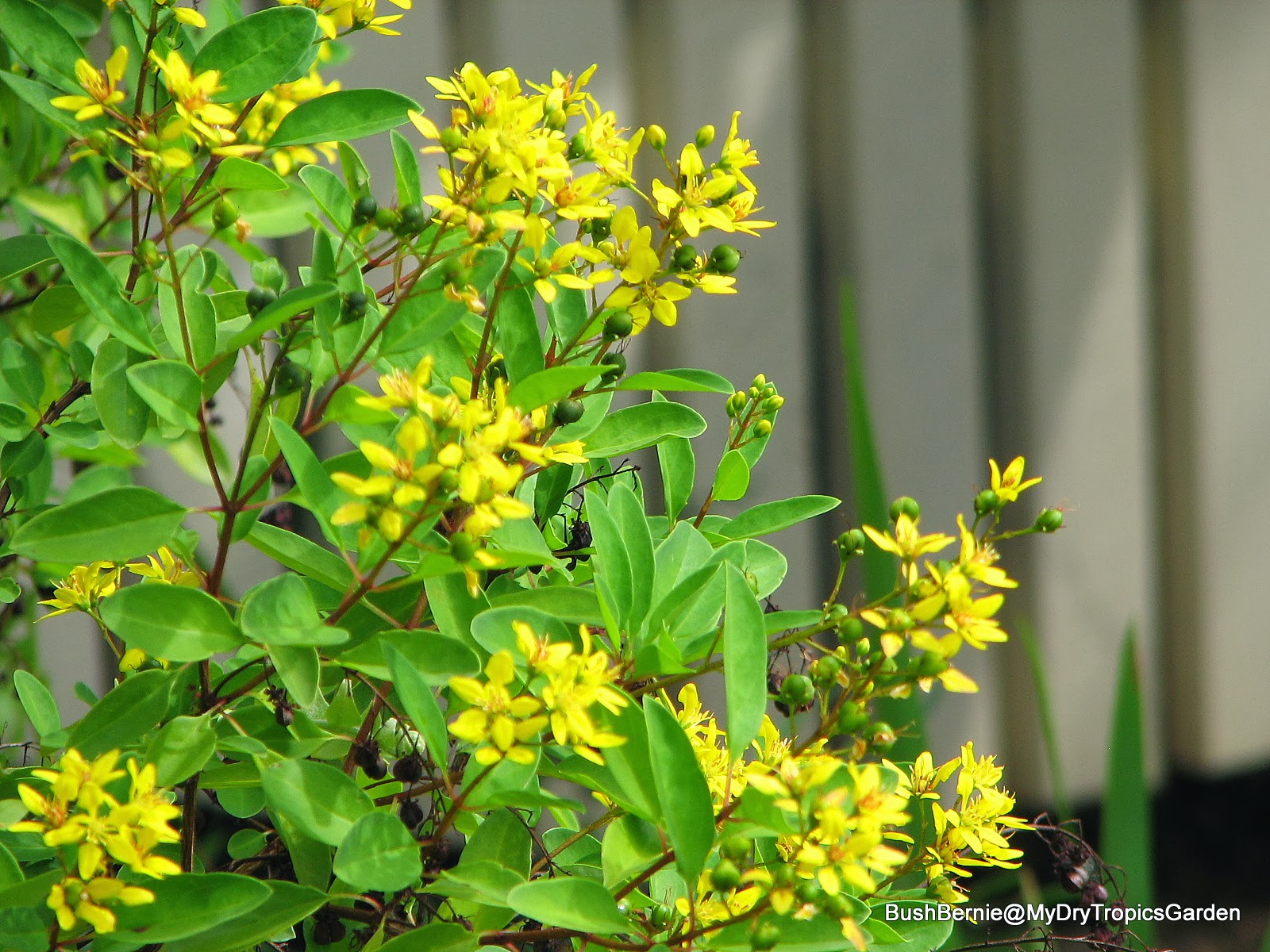 The Galphimia glauca out in one of the front-of-house garden beds has been blooming beautifully for ages now. 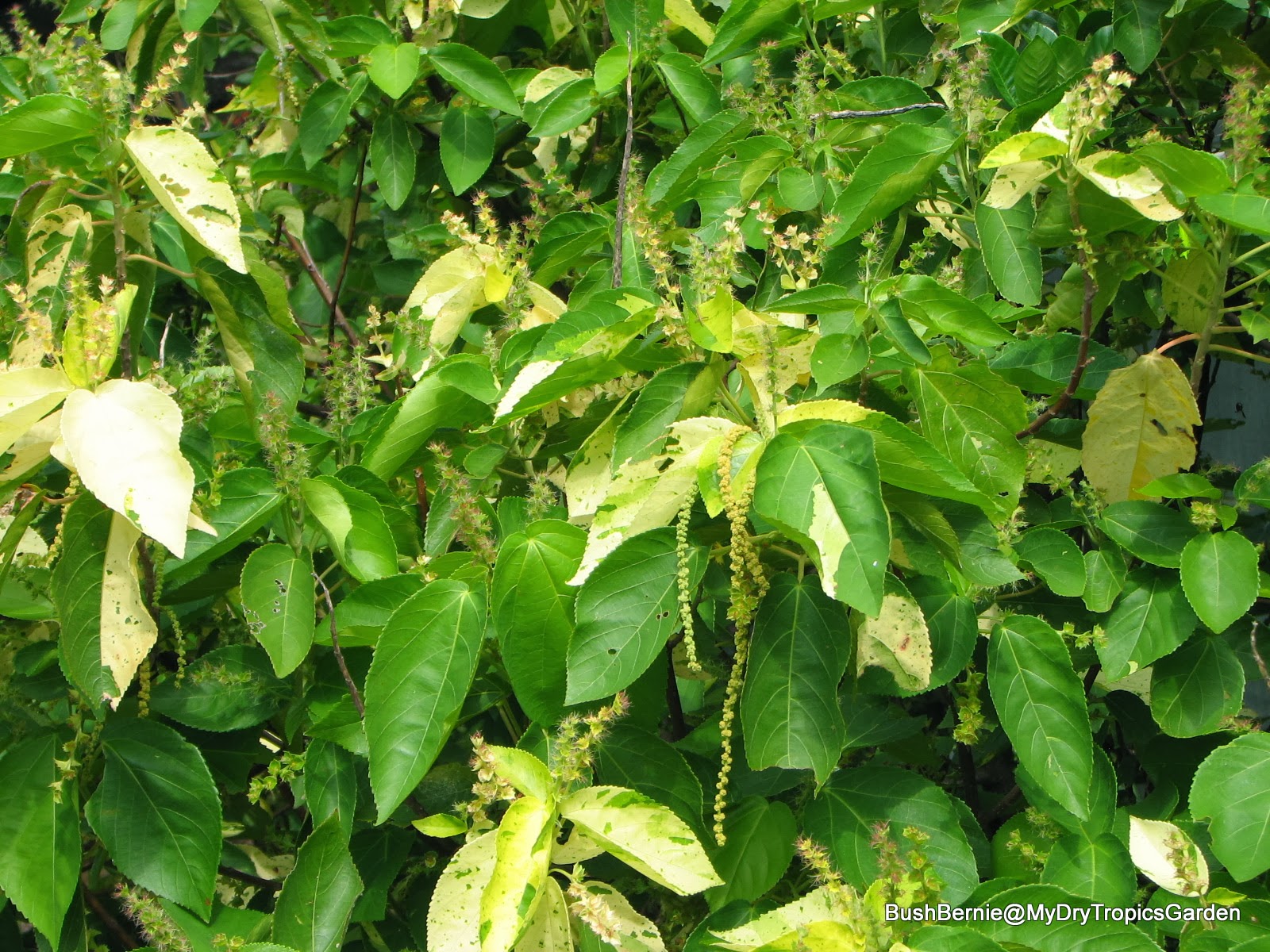 The Acalyphas growing in that same front-of-house bed are also in full bloom. 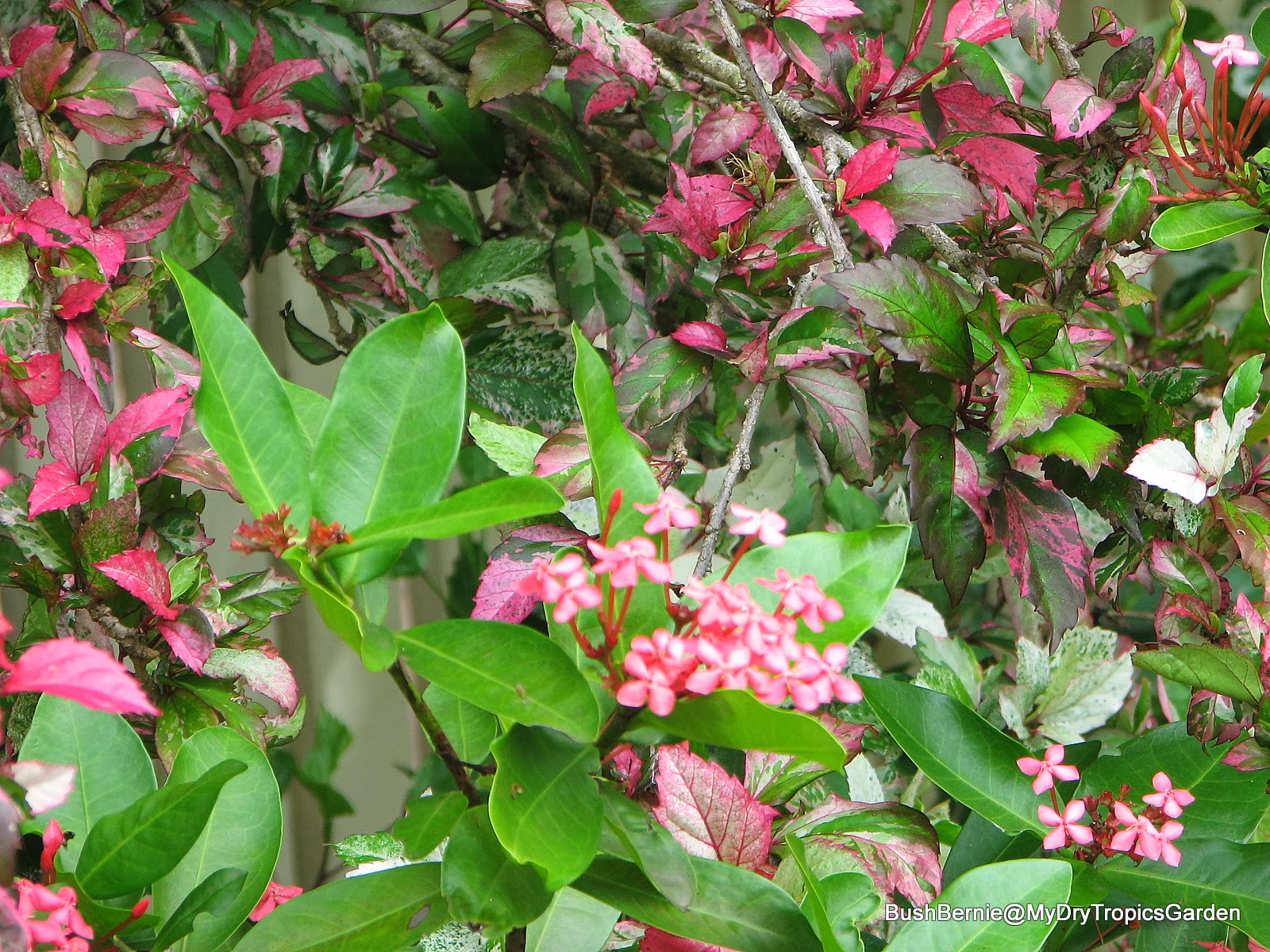 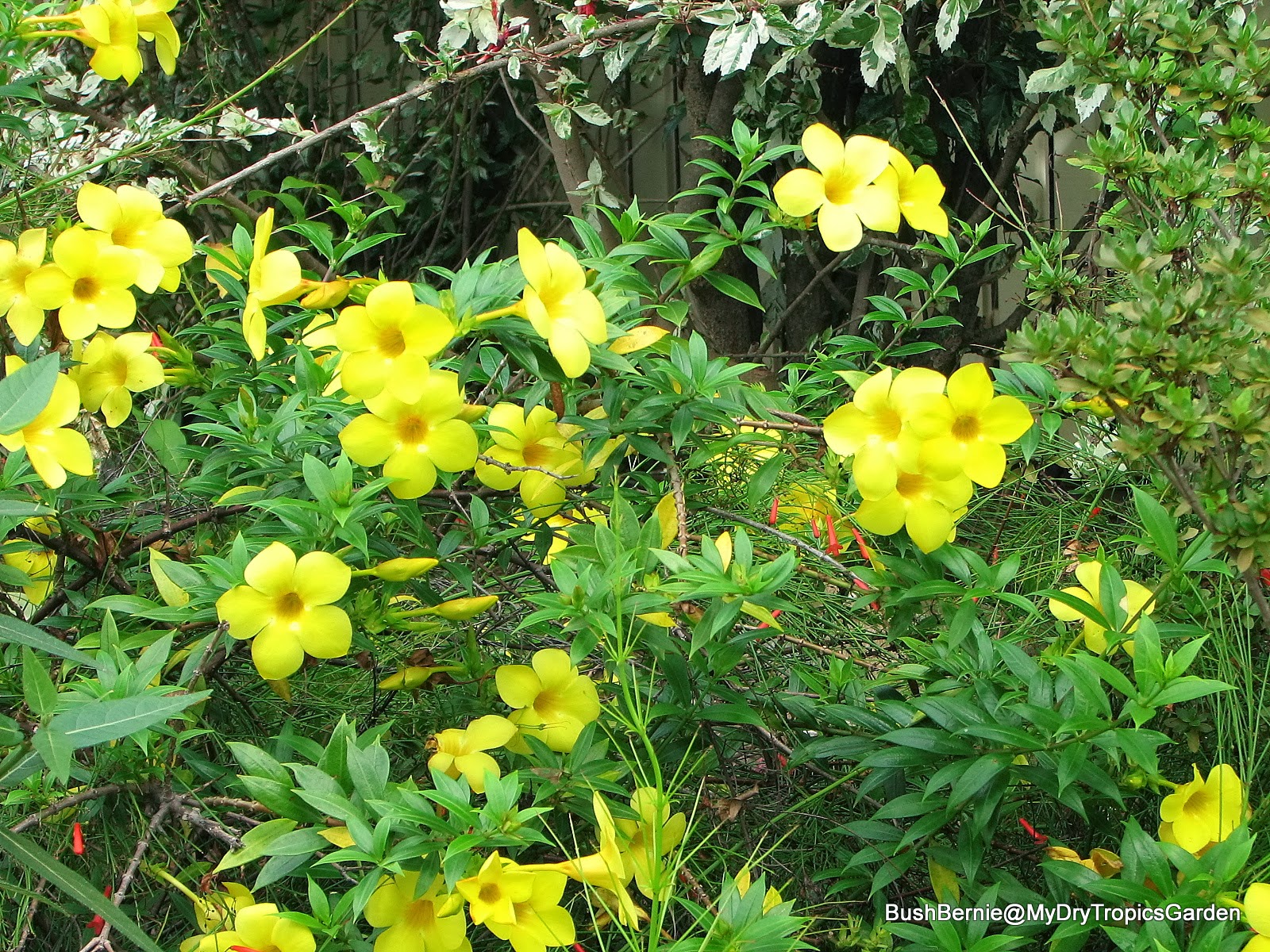 as is the Allamanda cathartica 'Sunee'. 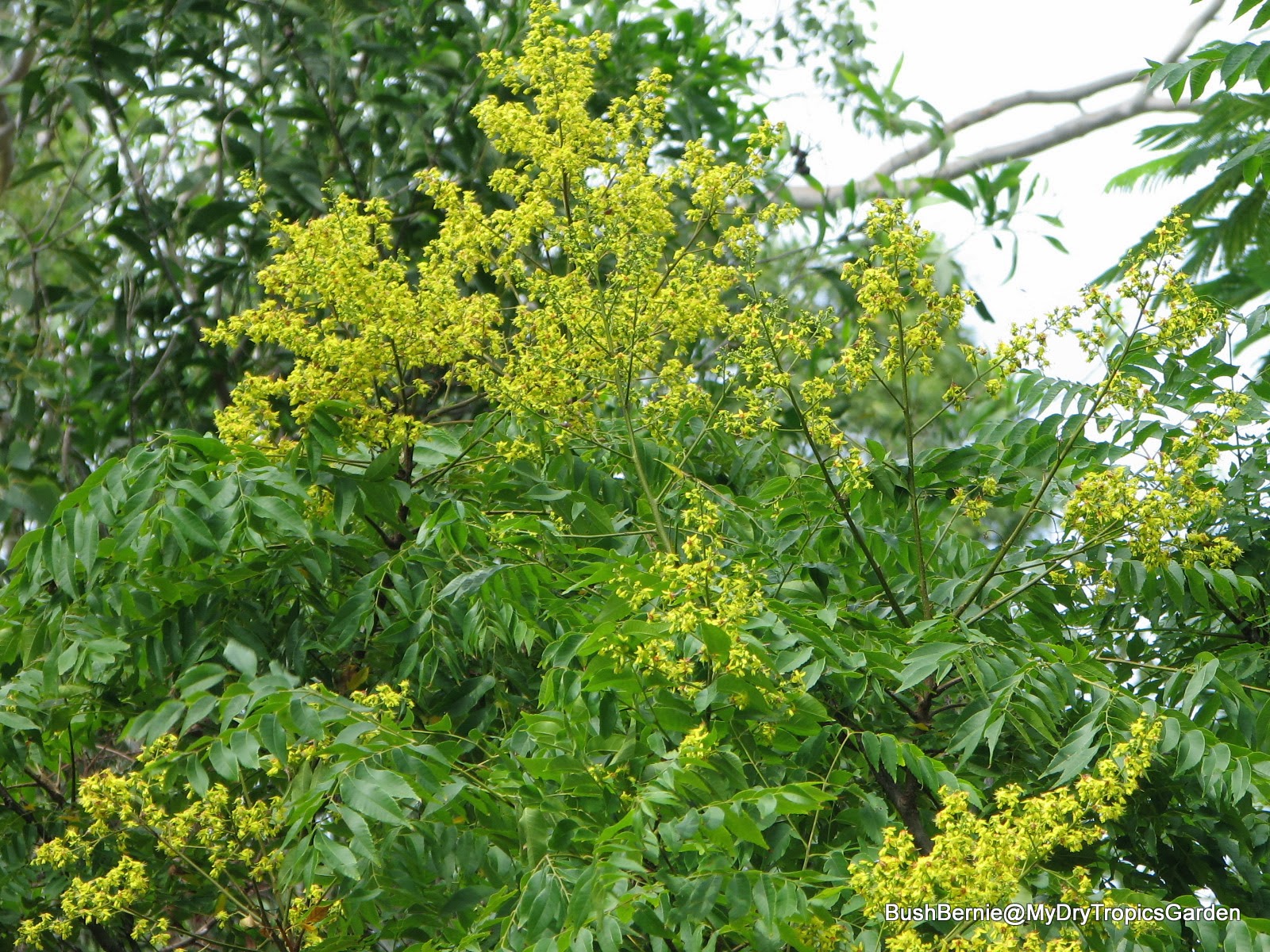 The Koelreuteria formosana or Golden Rain Tree has started blooming. 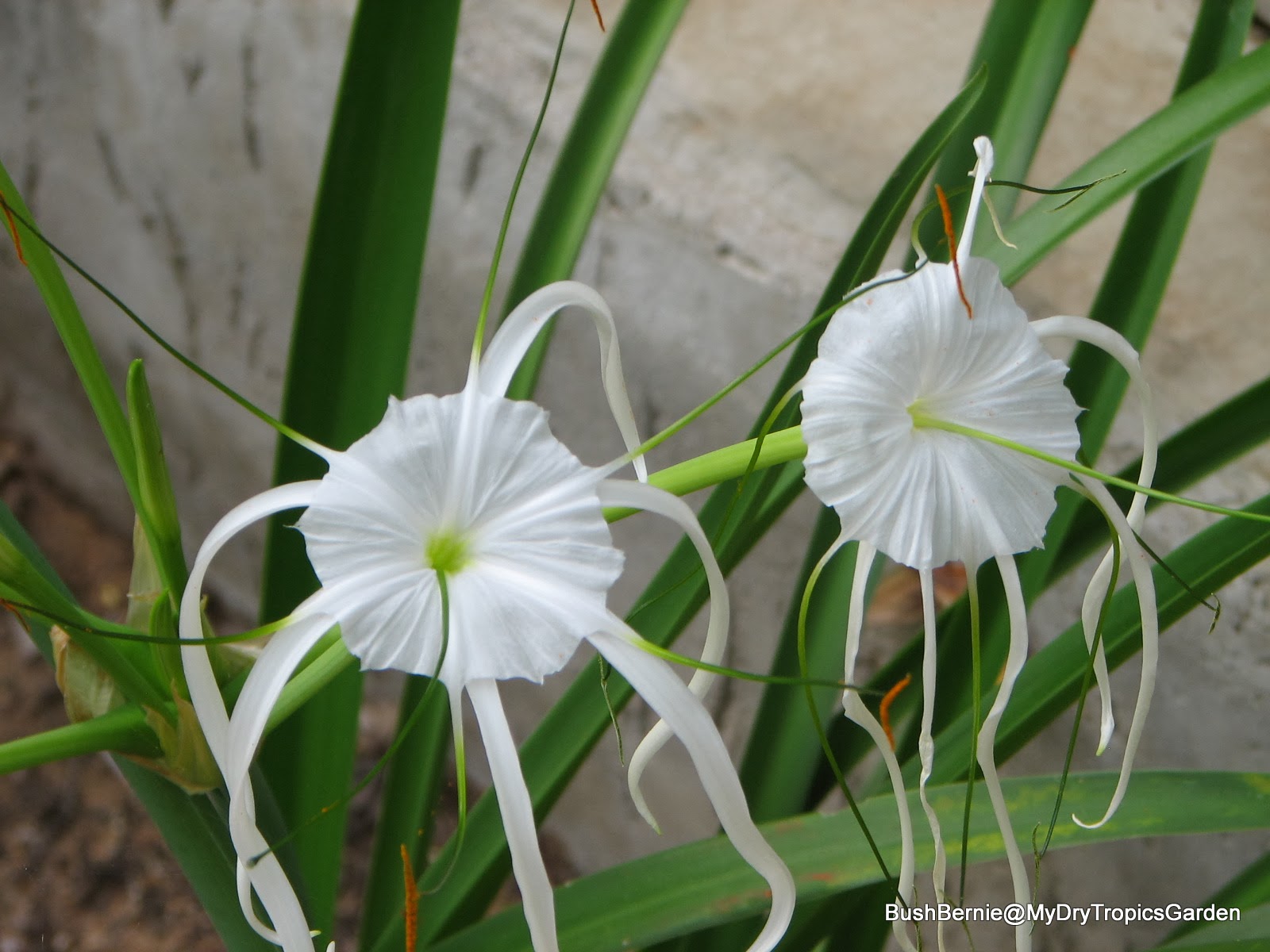 So have the newly planted Hymenocallis. 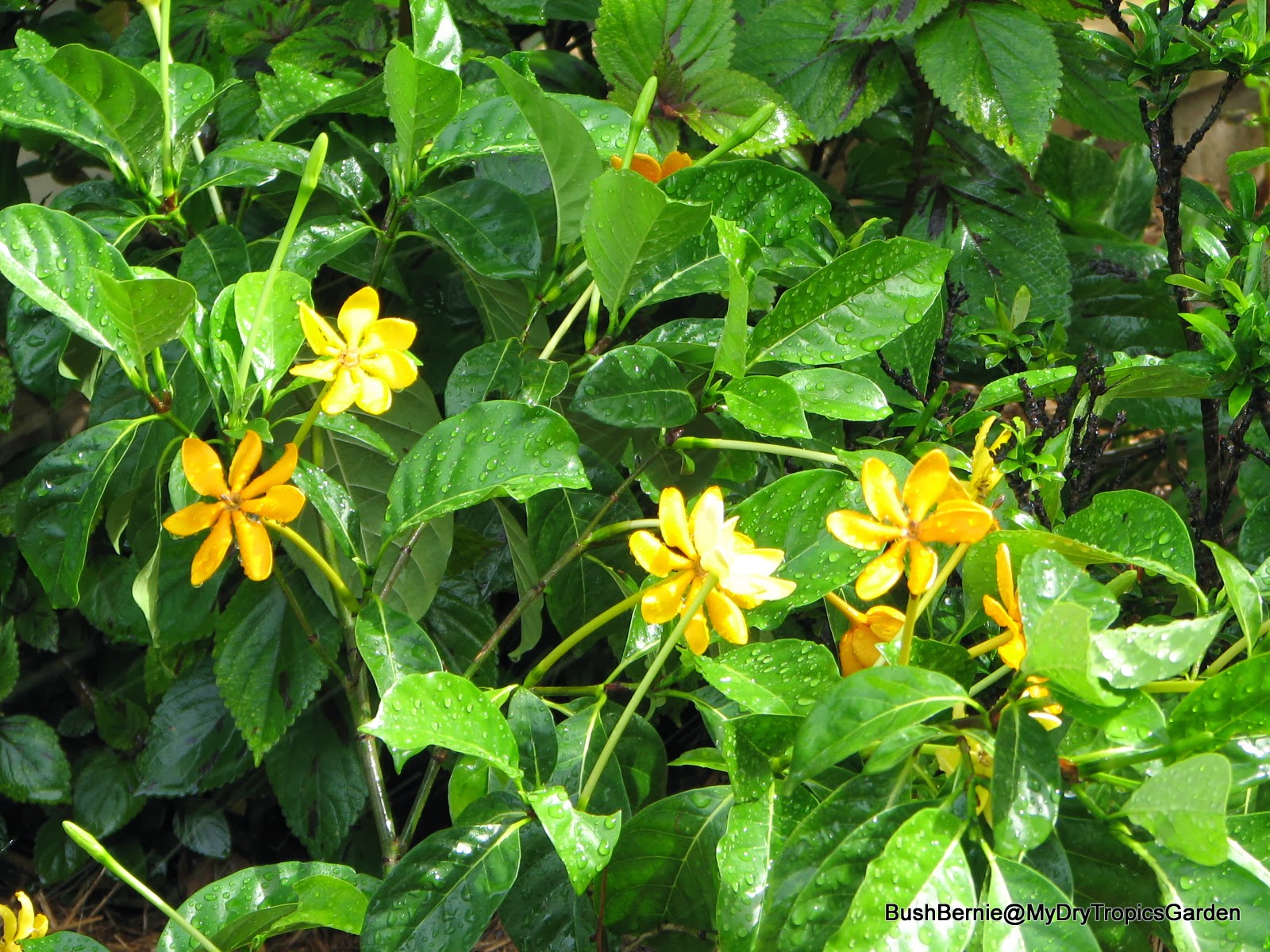 The Gardenia 'Soleil d'or' are on show and the perfume is heavenly. 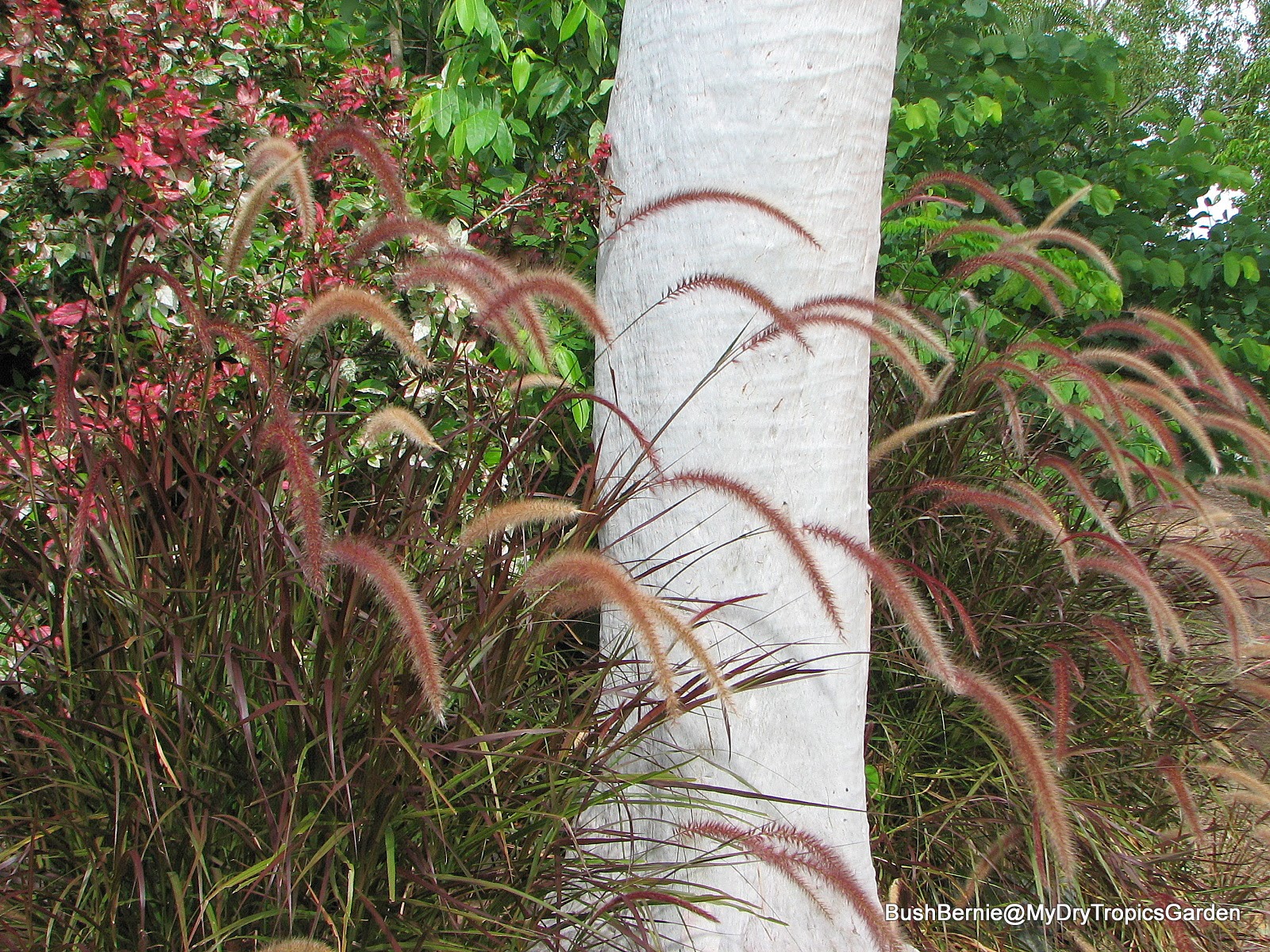 Both of the Pennisetum advenas 'Rubrum ', under the Poplar Gum, are in bloom. 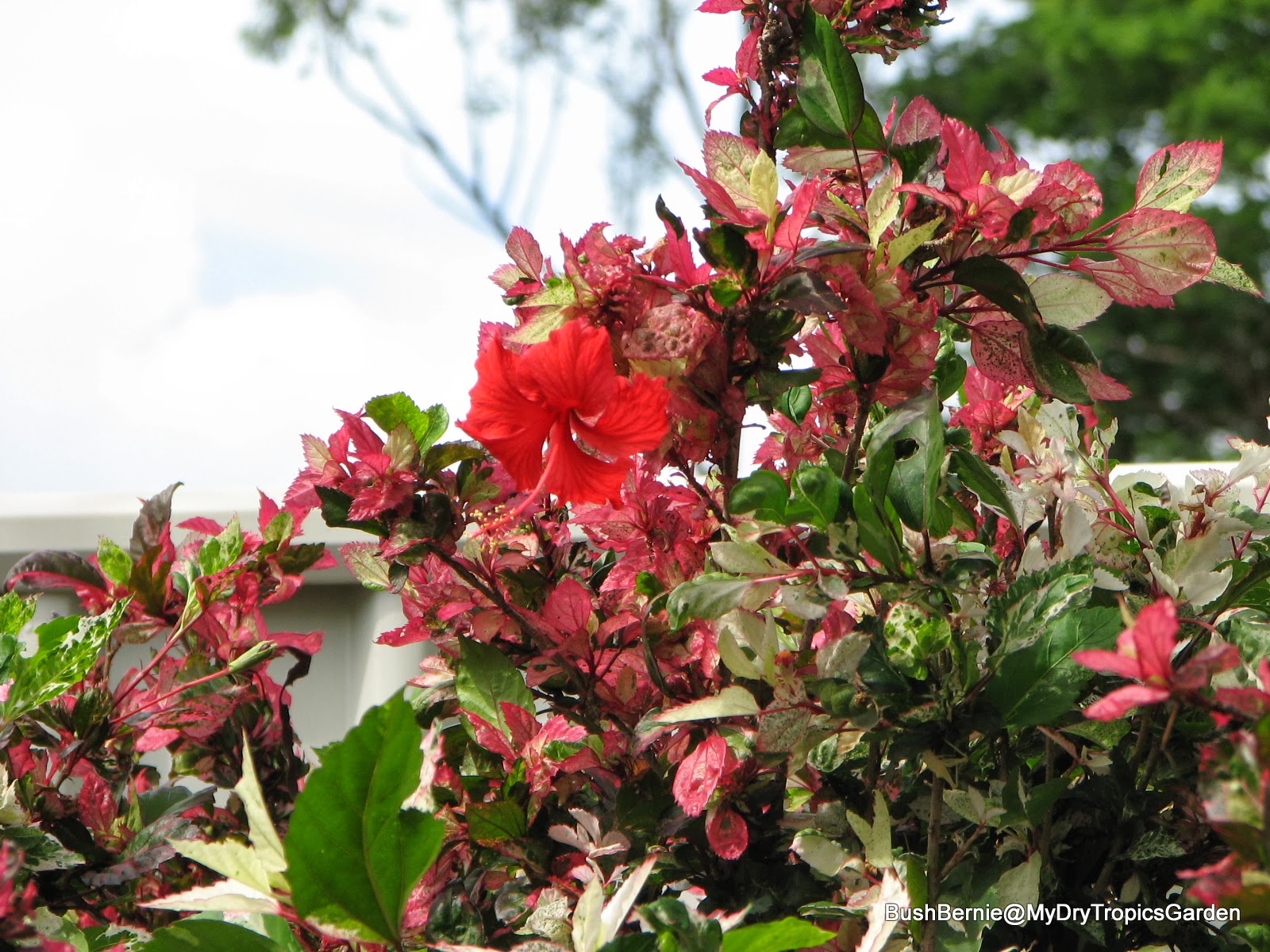 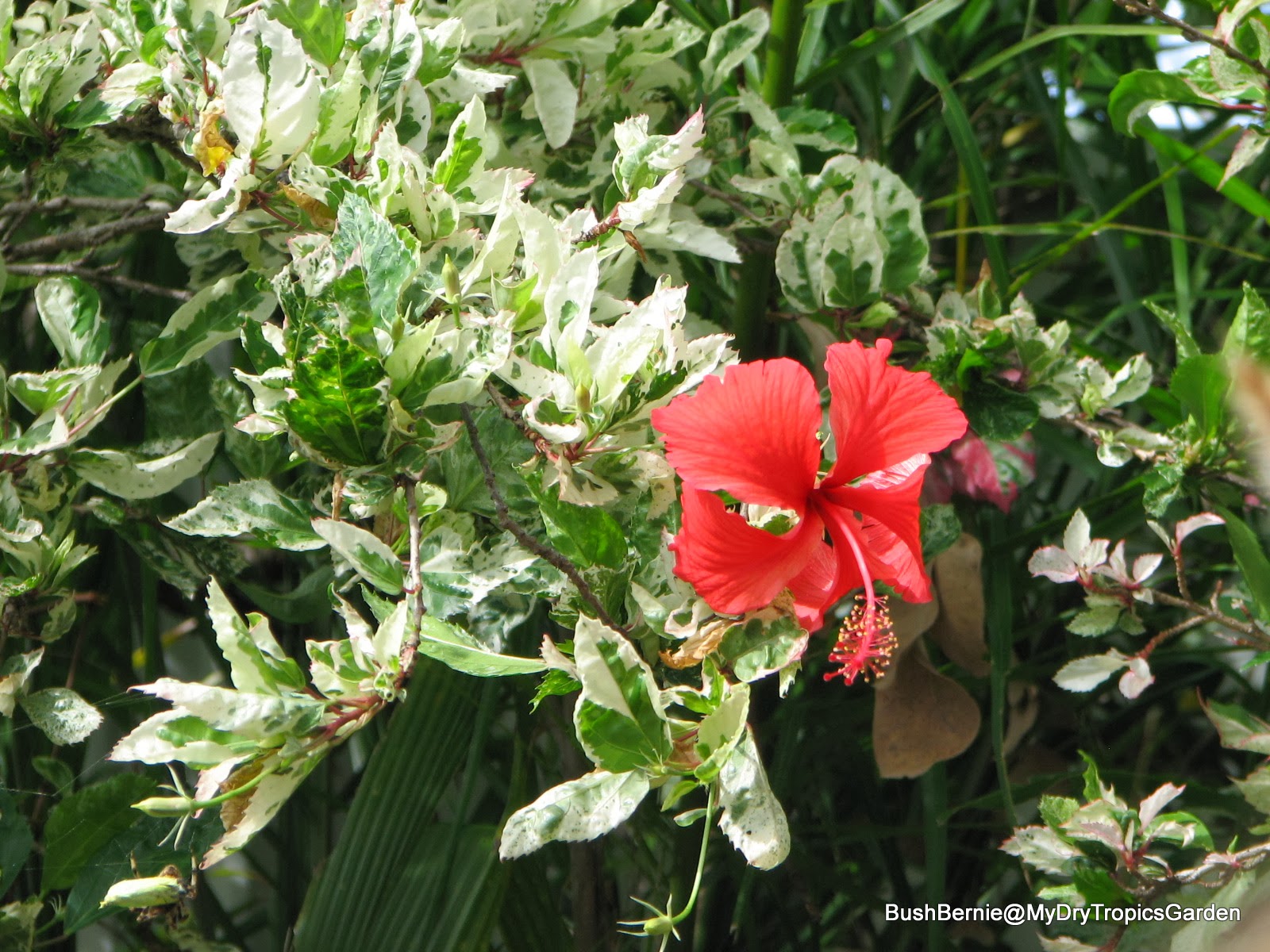 and the Hibiscus rosa-sinensis 'Snowflake' bushes are always blooming. 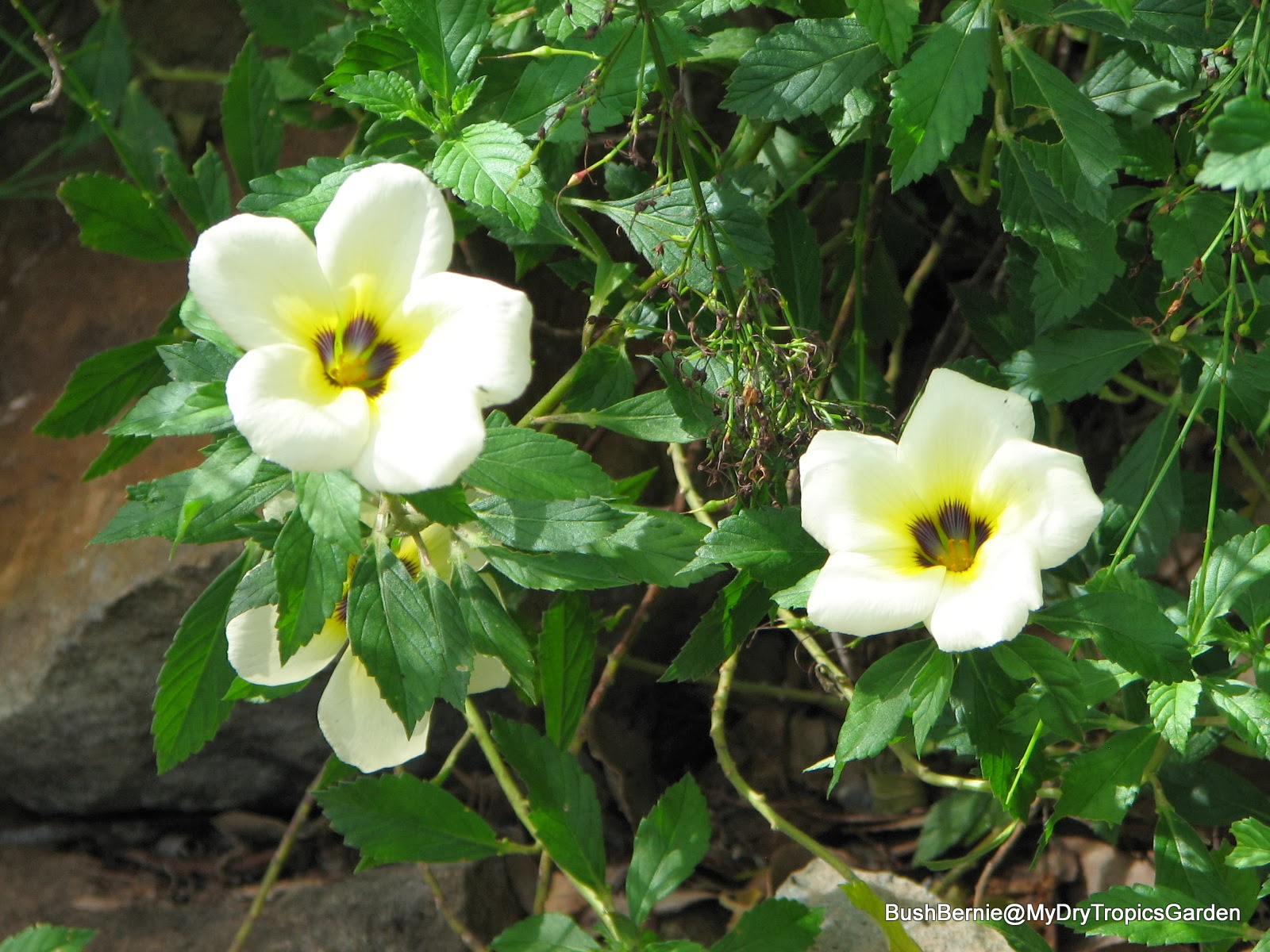 The Turneras will only open once the sun starts shining. 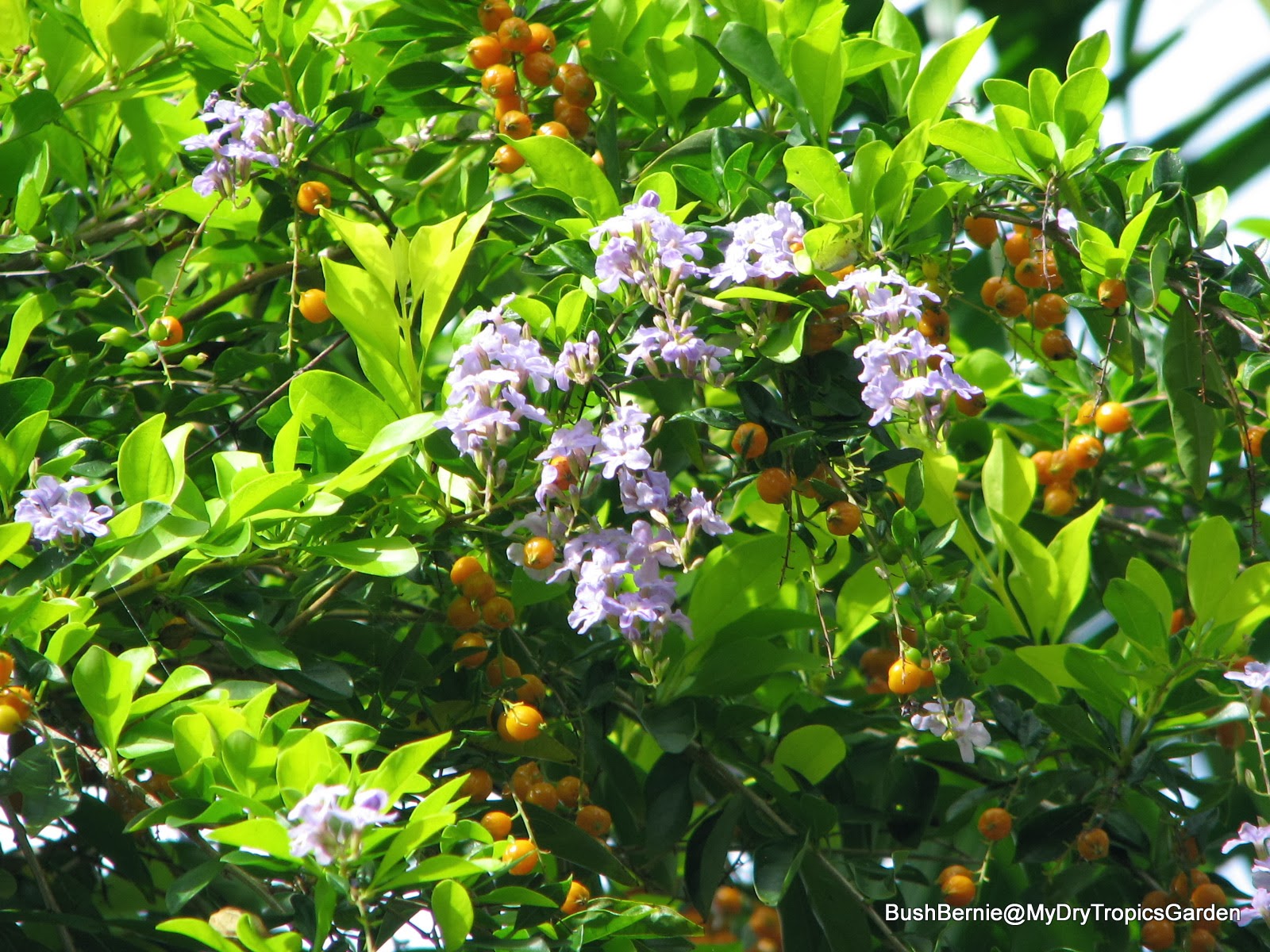 The Durantas are all covered in flower sprays and orange berries at the moment. 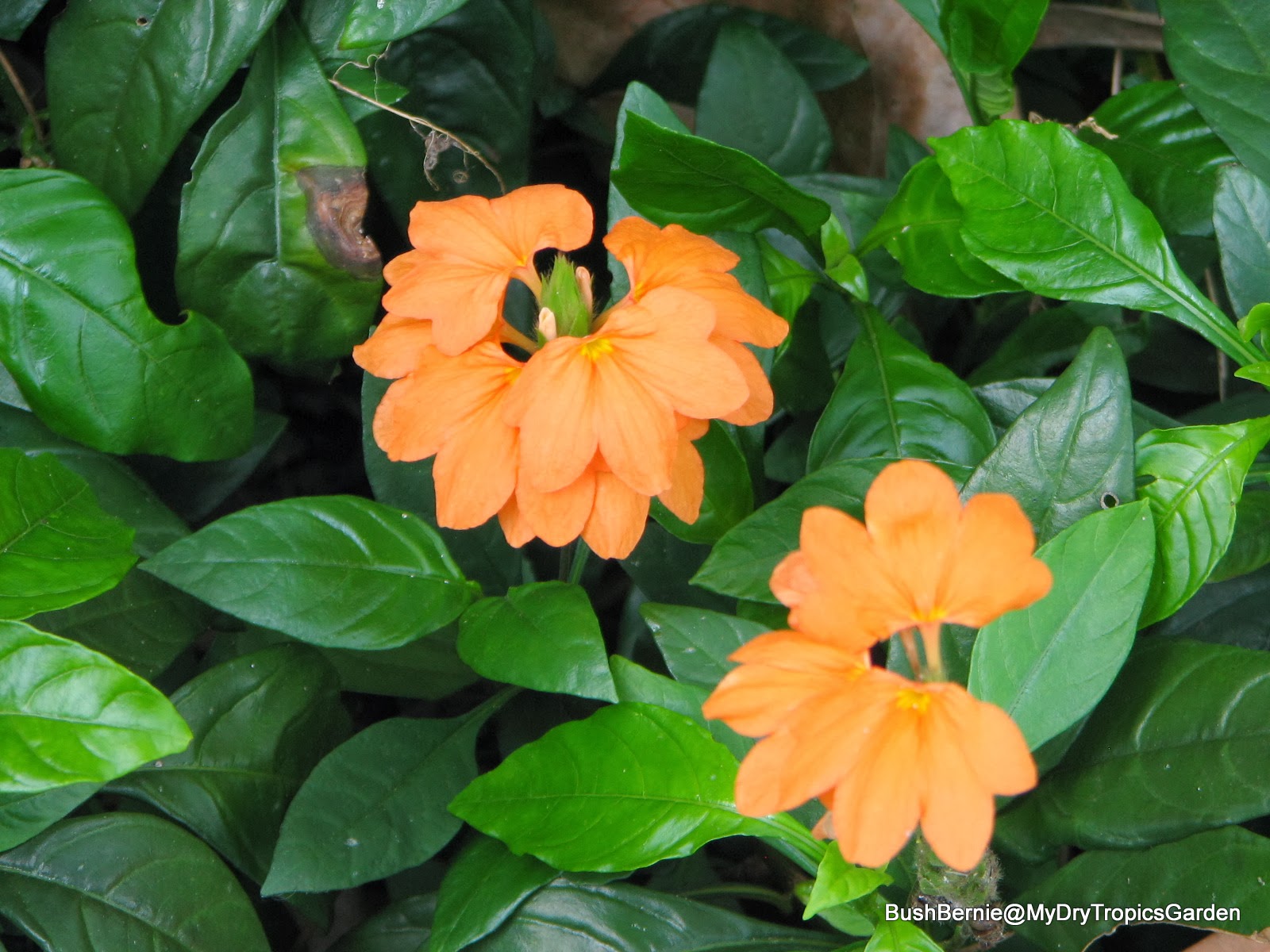 There is a pot of Crossandra infundibuliformis blooming as you walk towards the pergola. 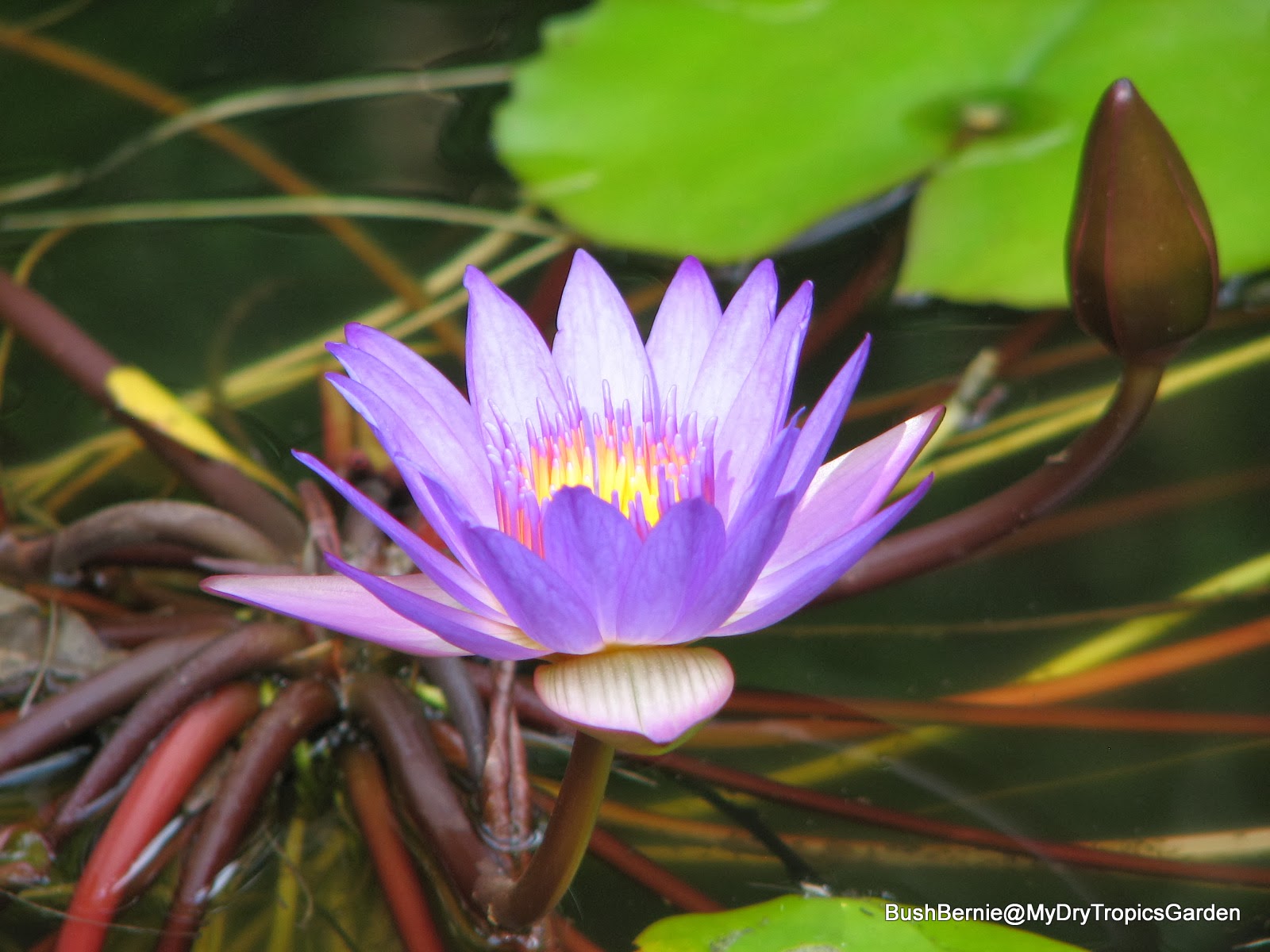 The Water Lilies are flowering in the pond under the pergola. 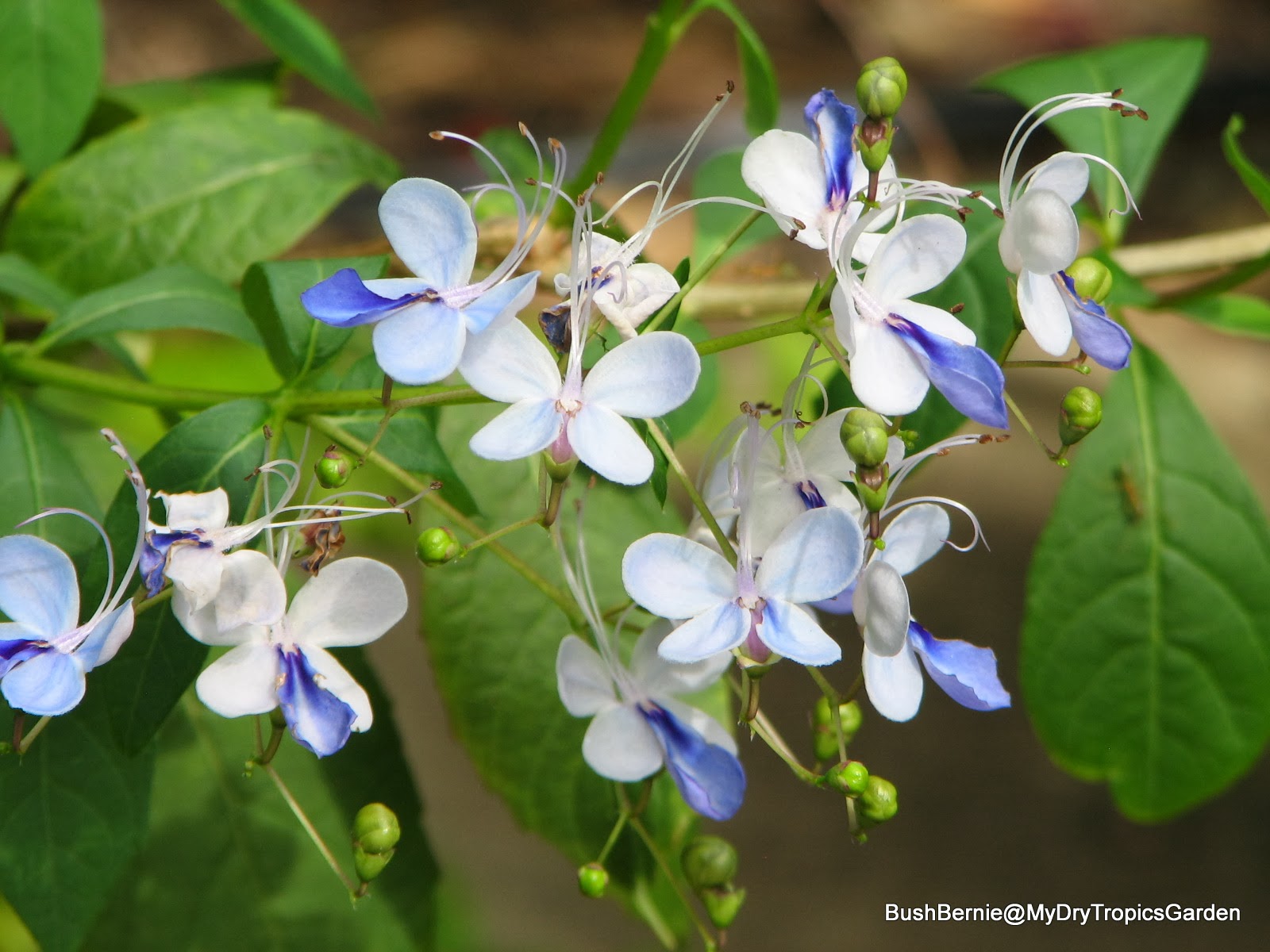 The potted Clerodendrum ugandense is still blooming out in the courtyard and the Jasminum, that is once more starting to cover the pergola, is covered in flowers which fill the air with a lovely faint perfume. 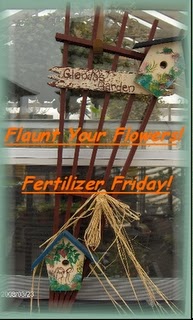 Email ThisBlogThis!Share to TwitterShare to FacebookShare to Pinterest
Labels: Flower Flaunt on Friday