Still Waiting for Decent Rain ... Even The Cyclone Didn't Help All That Much.

We had a little cyclone action this week.  On Thursday we were waiting with bated breath to see where Tropical Cyclone Dylan was headed. At 1.00 pm it looked like he was aiming straight for us.  It was only a Category 1 at that stage, and we were all looking forward to the arrival of some really decent heavy rain at long last. 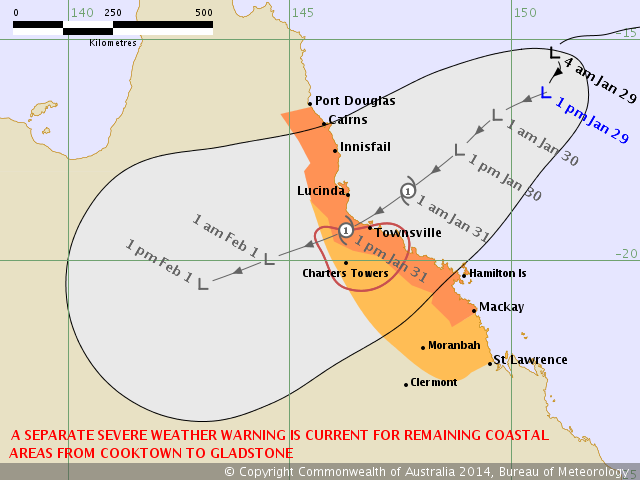 Thursday afternoon at work was a little wild and woolly.  The winds whipped up significantly and it started raining quite heavily.  Everyone gave up walking between school blocks with an umbrella as they were turned inside out in an instant as soon as you stepped outside the classroom door. I drove home from work, along the highway, very slowly because visibility was low.  The rain was so very pleasant though. 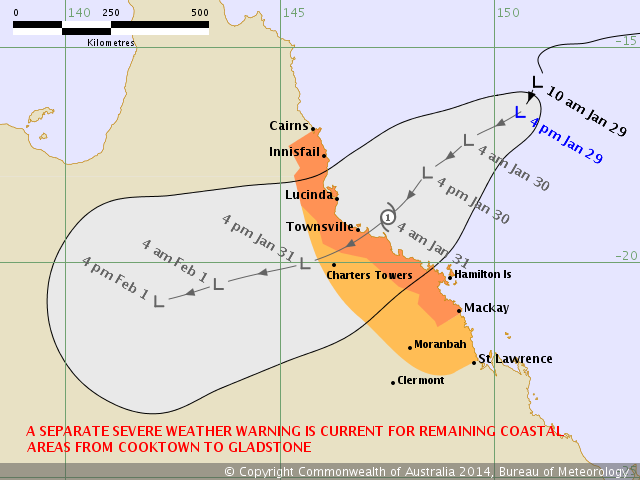 By 4.00 pm the forecast was that TC Dylan would cross a little further south of us, and it might make Category 2 just before landfall.  As the sun set late Thursday afternoon, we stowed the courtyard garden potted plants in the safety of the alley between the house and the pergola.  We took down the shadecloth sails out in the courtyard.  We strode around the yard one last time making sure there was nothing that could pose a danger if it became a flying missile.  Then we bunkered down inside the house waiting to see what would happen.


Well, in the end, Dylan was a bit of a dud for us.  The rain had stopped at about 7.00 pm, and the wind dropped to nothing at around the same time.  The rest of the night was still and quiet, and not a drop of rain fell. 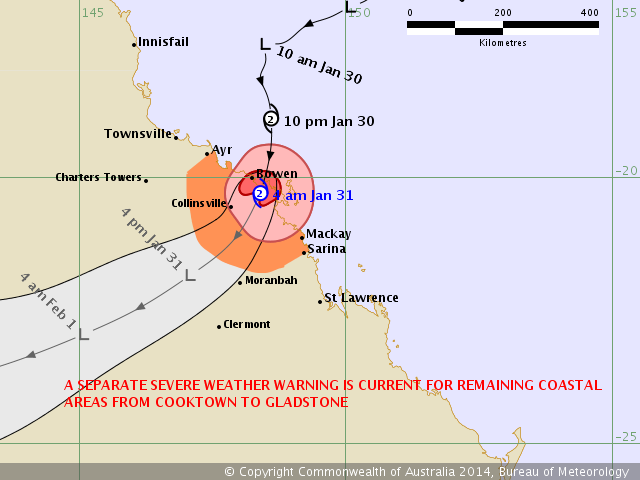 Dylan made landfall early on Friday morning about 270 kms south, near Bowen, as Category 2.   Down there and in the surrounding area, TC Dylan certainly uprooted a few trees, blew a few things over and caused some localised flooding, but that was the extent of it.

Now I don't want to sound as if I was wishing for a cyclone, because obviously they can be horrid destructive forces of nature, as we found out almost exactly two years ago.  But ... we could have done with some of the heavy rain that was associated with a Category 1/2 cylcone.  Apart from an afternoon of heavy showers on Thursday, we didn't get any of the really good stuff. 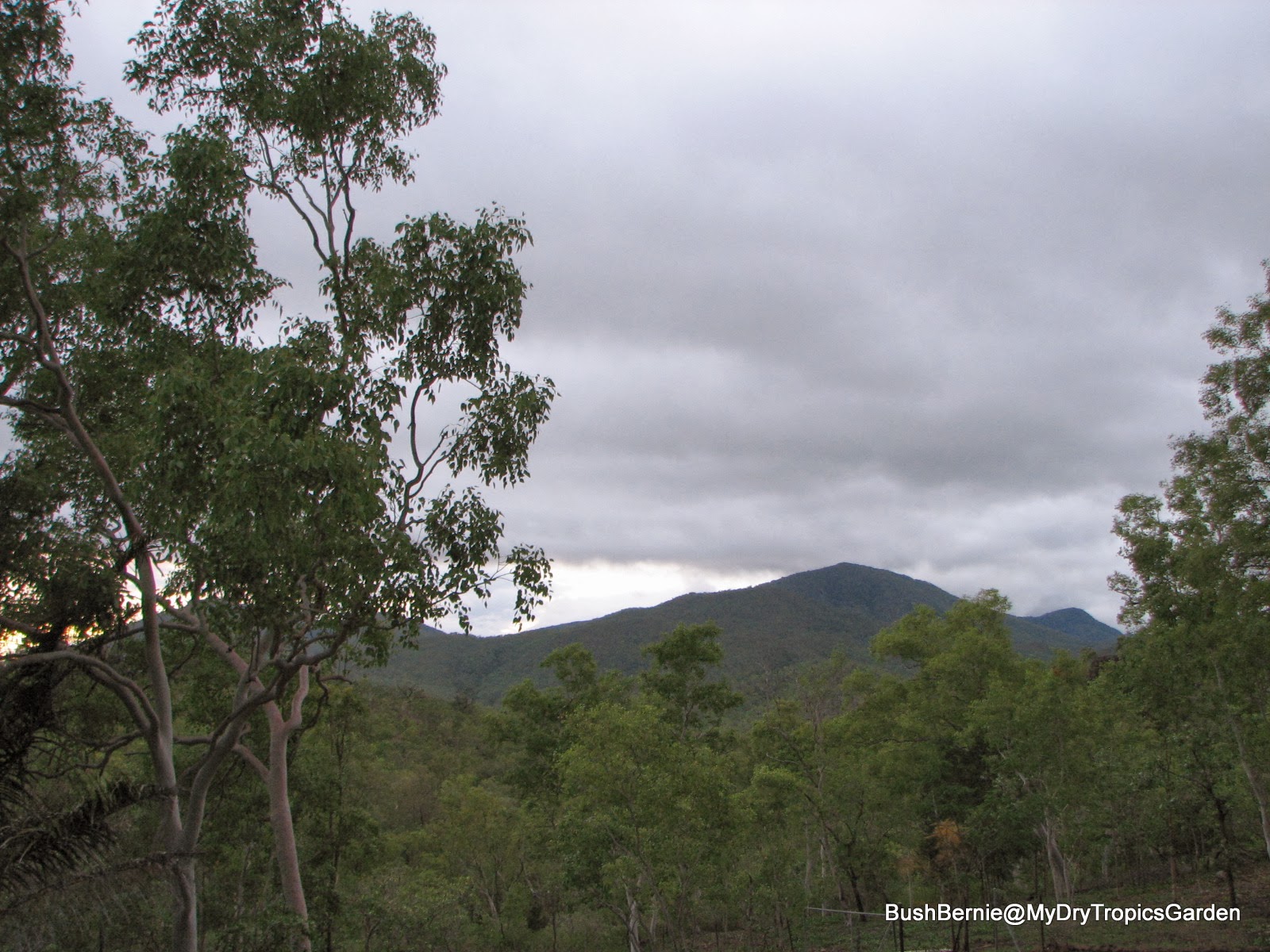 The next day dawned fairly bright and clear.  There were a couple of grey clouds, but they cleared pretty quickly.  All those teachers and students wishing that schools would be closed on Friday, were bitterly disappointed. 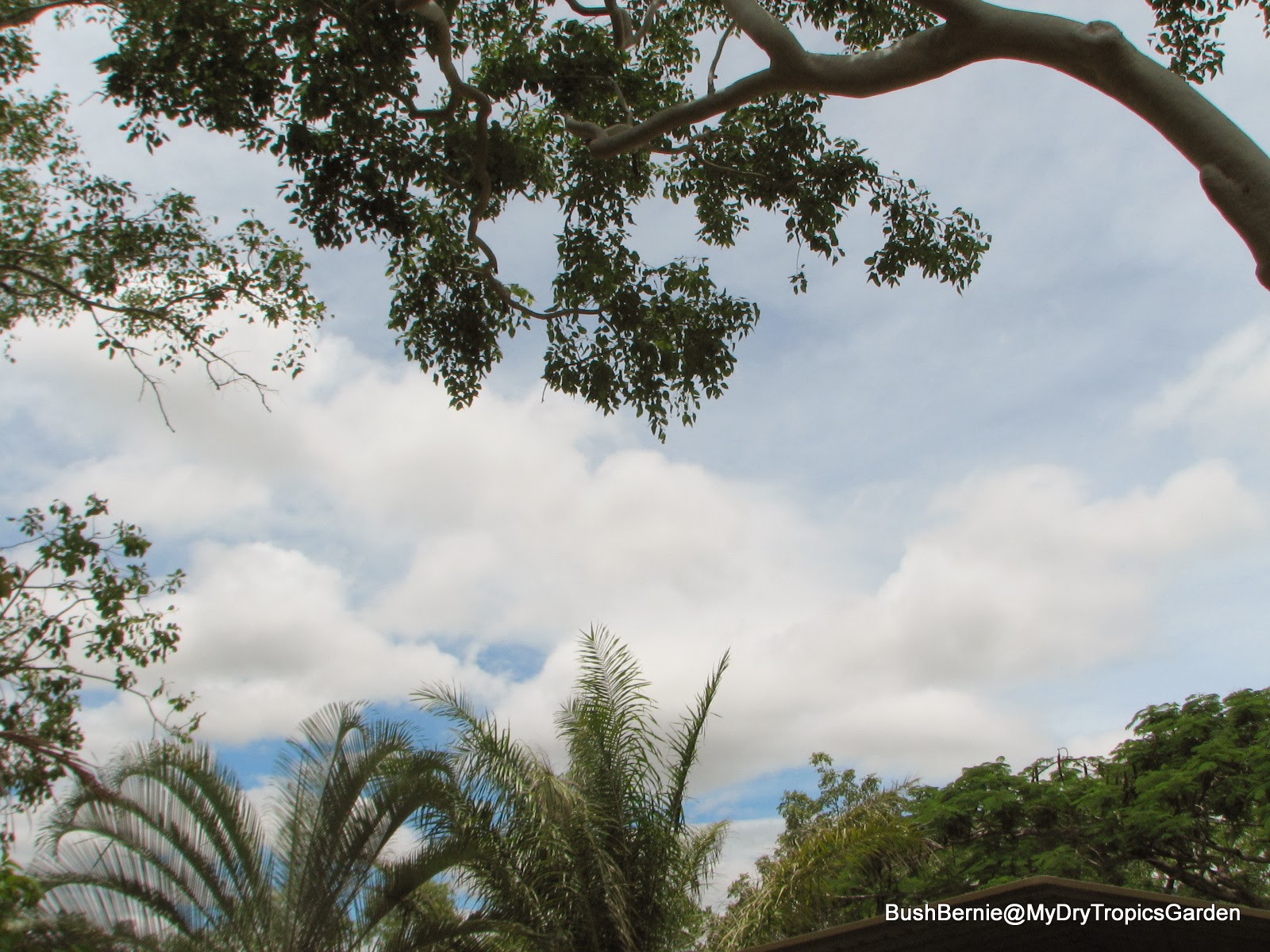 The sun came out and shone brightly and happily for the rest of the day. 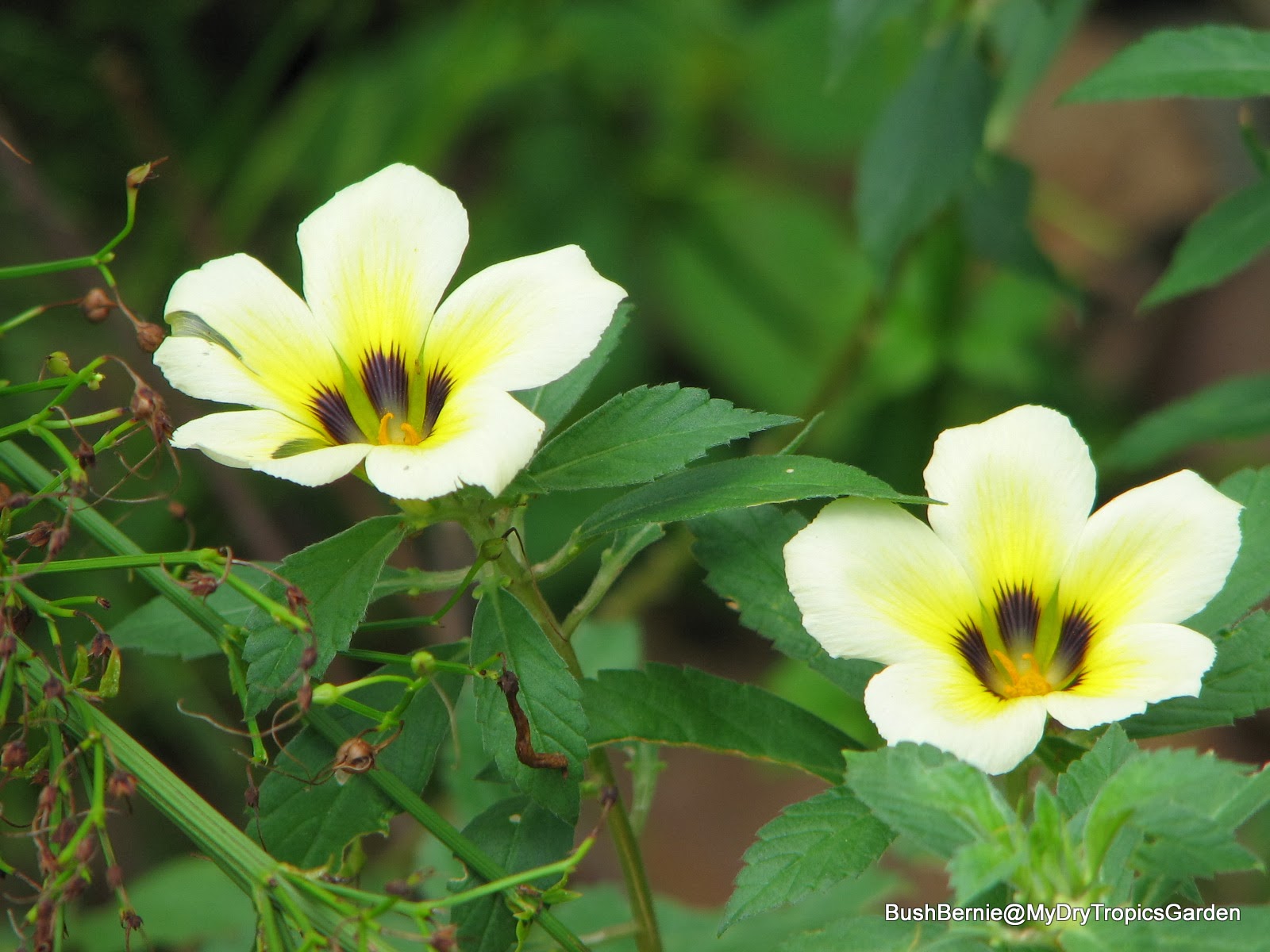 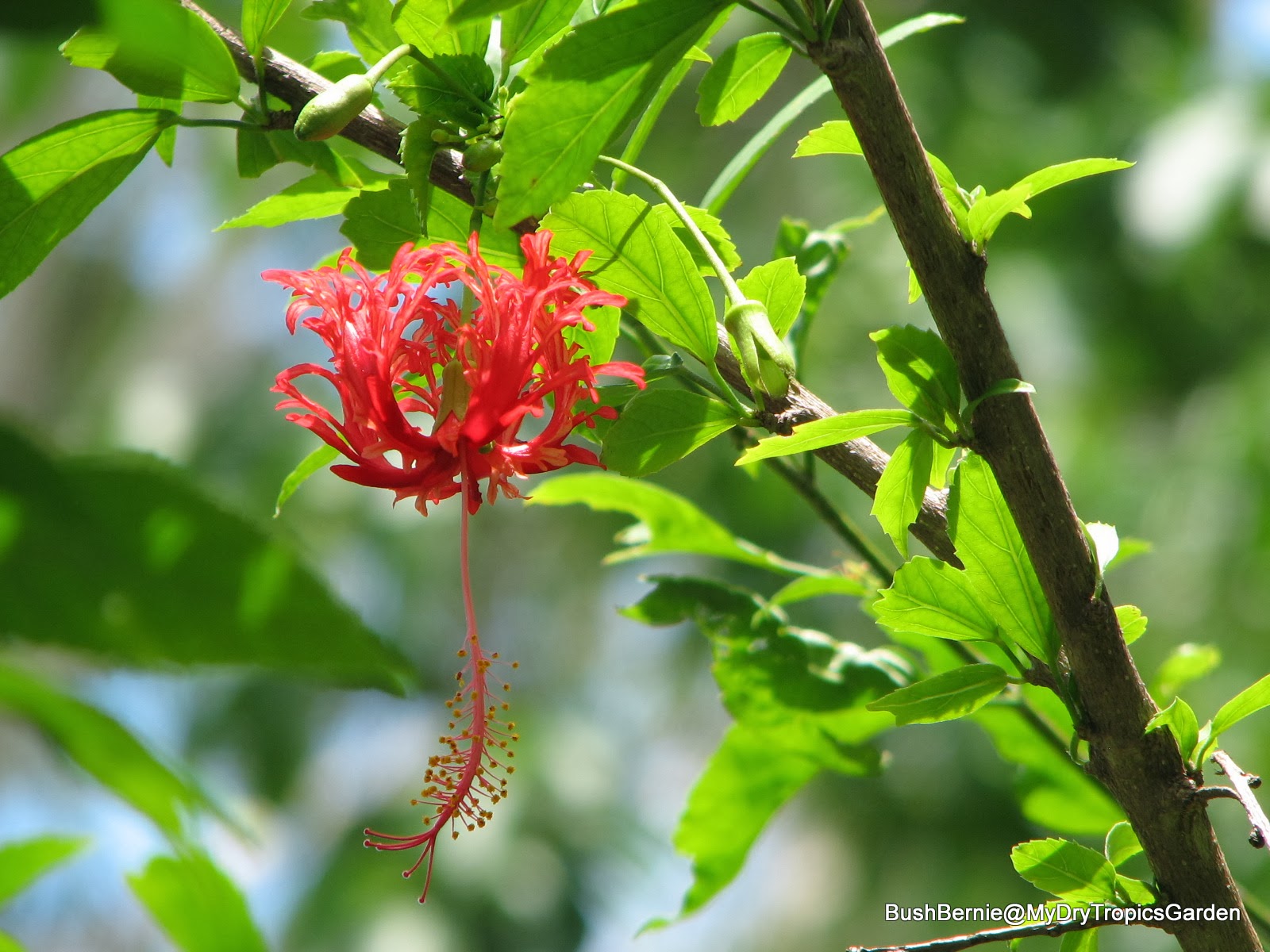 The raindrops had evaporated overnight, although the plants did all look a little brighter. 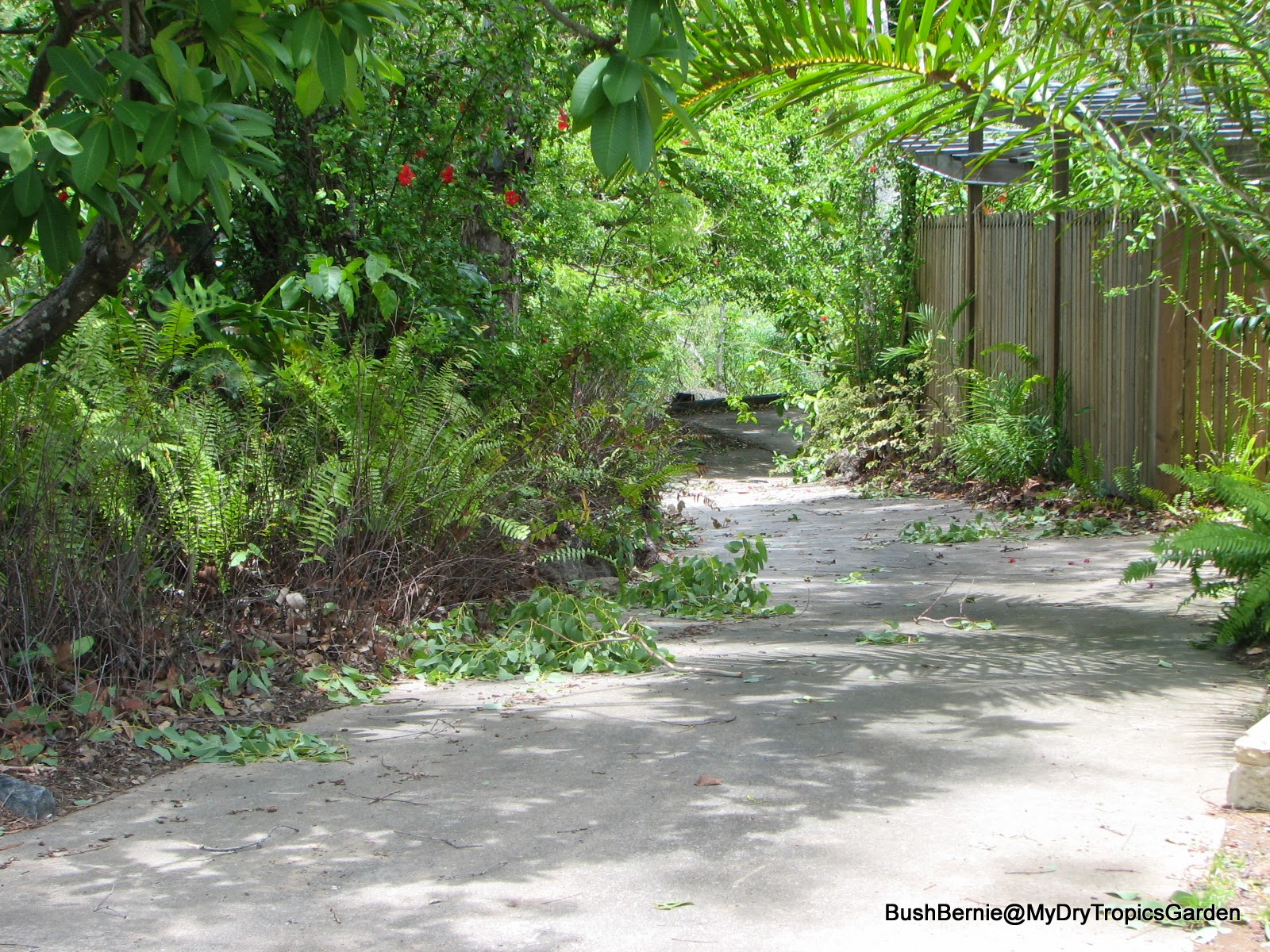 There were a few Eucalypt branches scattered about from the high winds, but that was the only evidence there had been a cyclone threat the day before.

So as February begins, we're now in the midst of a very, very dry wet season.  Considering that our wet season can begin in December and last until early April, this wet season is not looking all that promising. 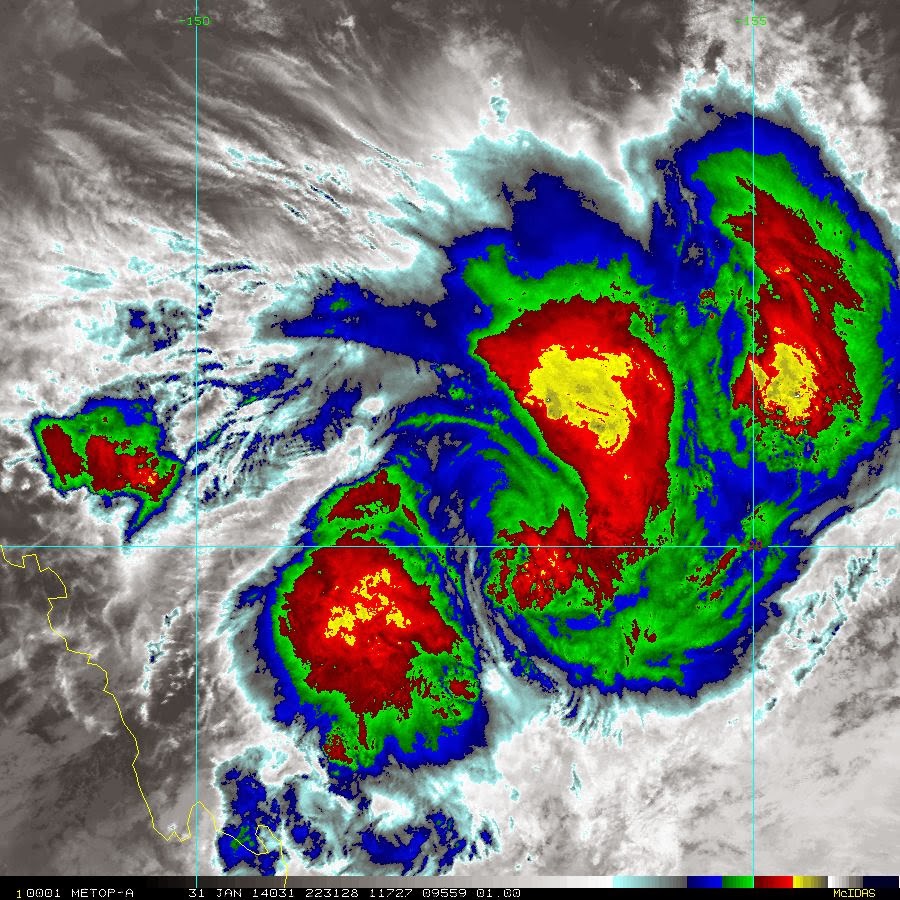 Another cyclone has developed today, but it's a lot further south and out to sea.  Tropical Cyclone Edna is expected to remain offshore and not make landfall at all.  She's expected to weaken completely by Sunday morning.  There does seem to be some activity behind her, but at the moment that doesn't look like it will eventuate into anything much either.

So, while it seems our cyclone season has certainly begun, we're left wondering just when the true wet season will begin!
at 1:50 PM