There's just the usual little splashes of colour here and there in the garden at the moment.  The place is really starting to dry out now as we've had around two months without rain ... apart from that solitary day of light showers last month. 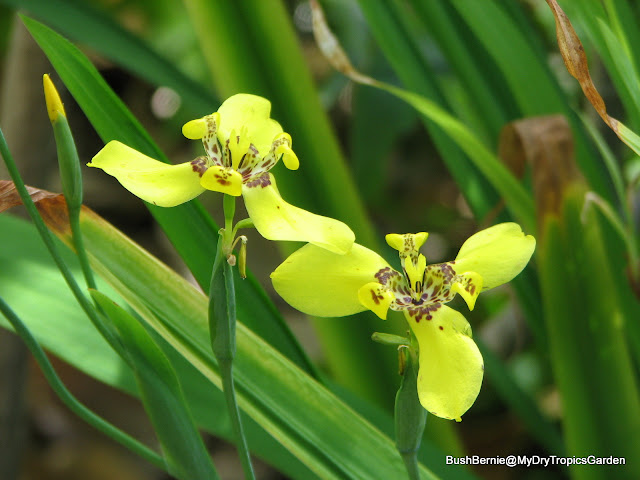 The clumps of Neomaricas or Yellow Walking Iris out in the shadehouse garden and under the pergola, have started another flowering cycle.  But the blooms are rather hard to notice in amongst the tall green leaves. 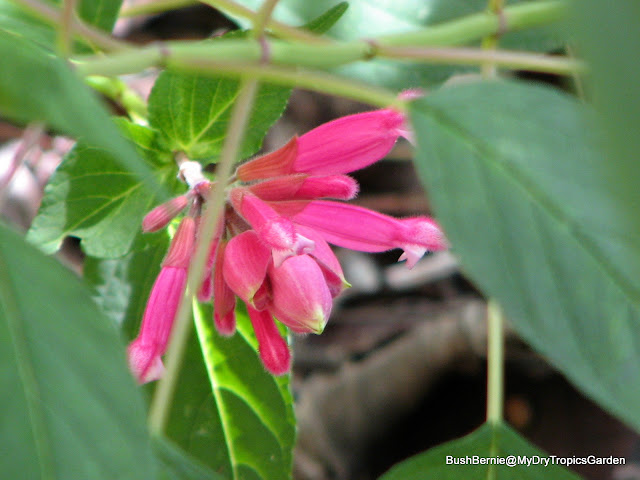 Under the pergola my pass-along hot pink Salvia ... unknown ... is throwing out quite a few flower spikes.   Right now the stems are a little thin and wiry, so the tight flowerheads tend to weight them down, almost to the ground. 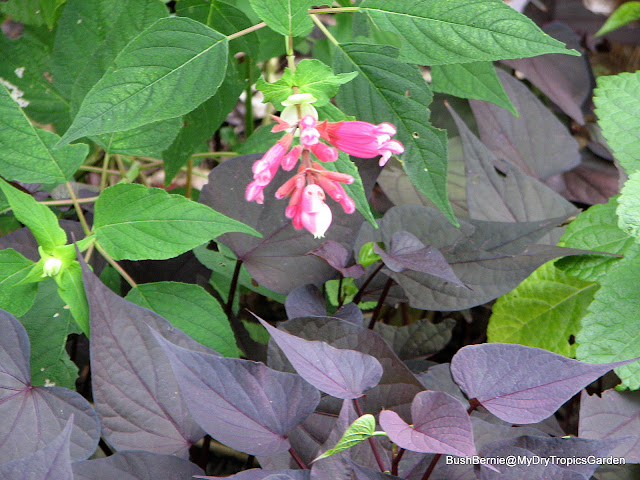 I do like the contrast between the Salvia and the Ipomea though. 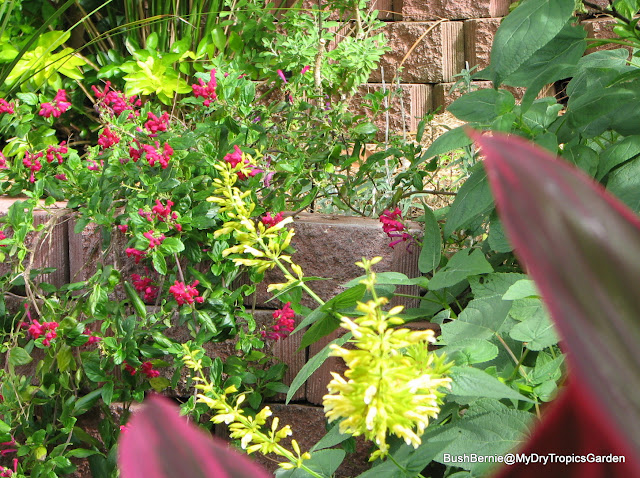 I also rather like the Salvia madrensis and Scutellaria suffrutescens combination that's happening in the tiered garden beds as well. 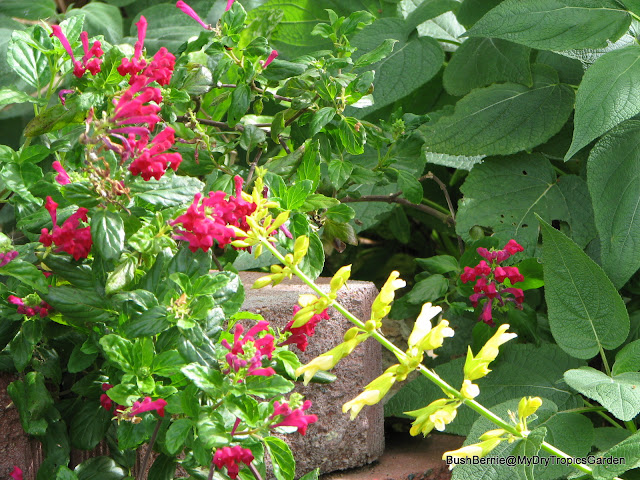 The colours work well together. 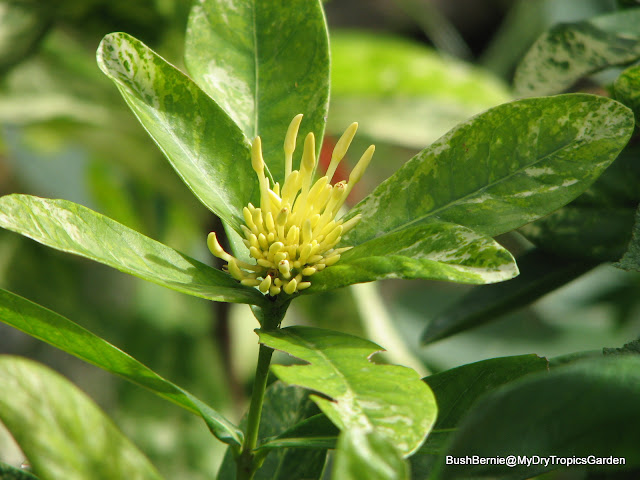 I'm waiting for the Ixora chinensis 'Splash' to finally show its first bloom.  It's certainly taking its time.  Not only is this dwarf Ixora rather slow growing, but it's taken two years for the first sign of a bloom appeared.  I've been waiting for over a week now for the bloom to actually open. 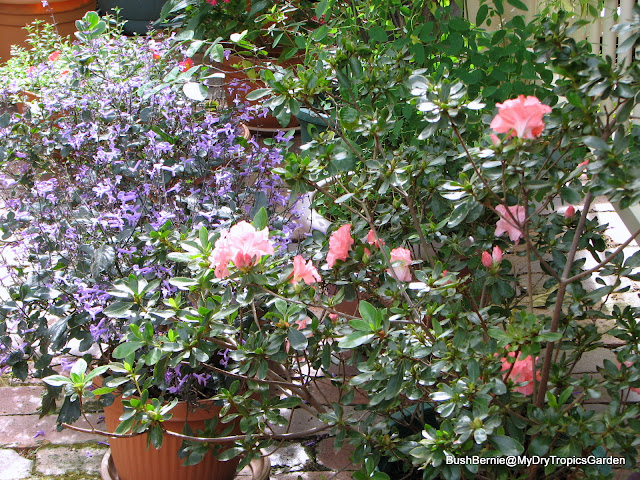 Out in the courtyard the dwarf Azaleas are beginning their bloom show.  They pair nicely with the Plectranthus 'Mona Lavender' out there. 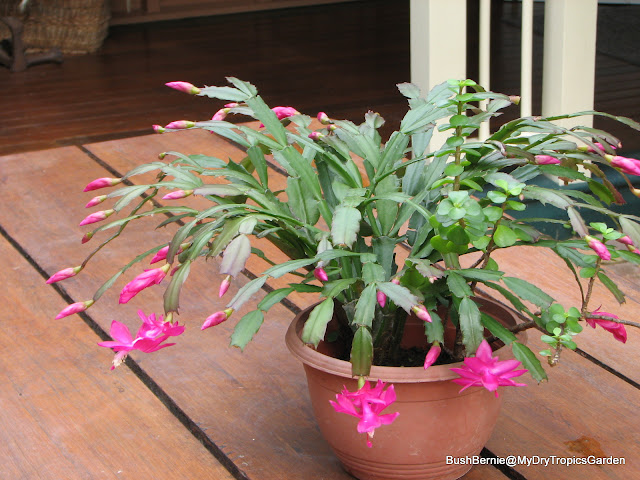 One of my Schlumbergeras or Zygocactus has been blooming for a little while now, and is on show out in the courtyard. 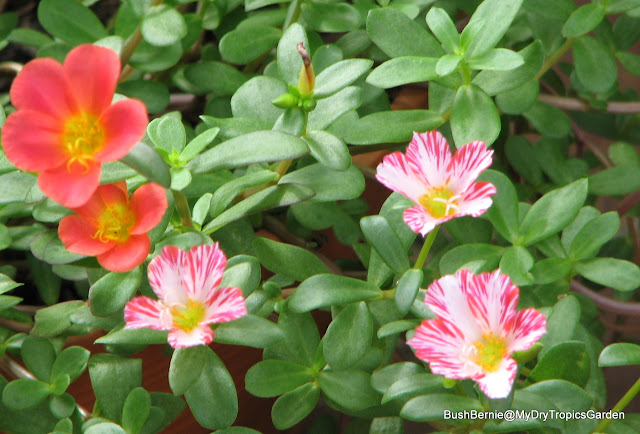 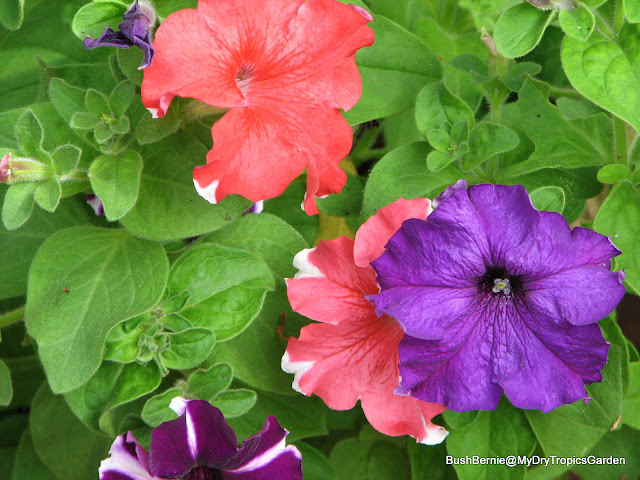 ... and Petunias sitting in pots out on the courtyard, adding some lovely colour to the space. 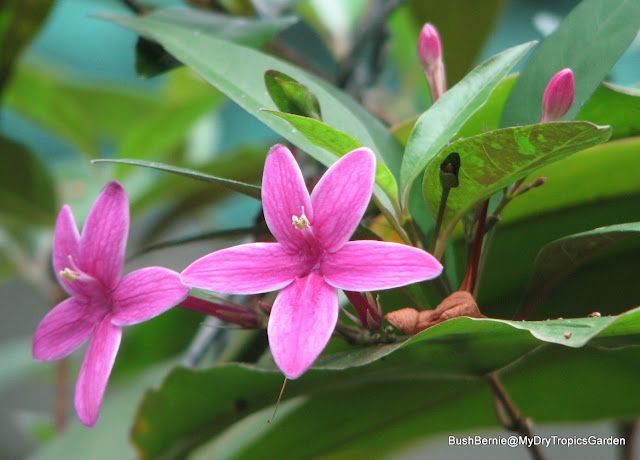 Out in the shadehouse the  Barlerias are blooming again ... 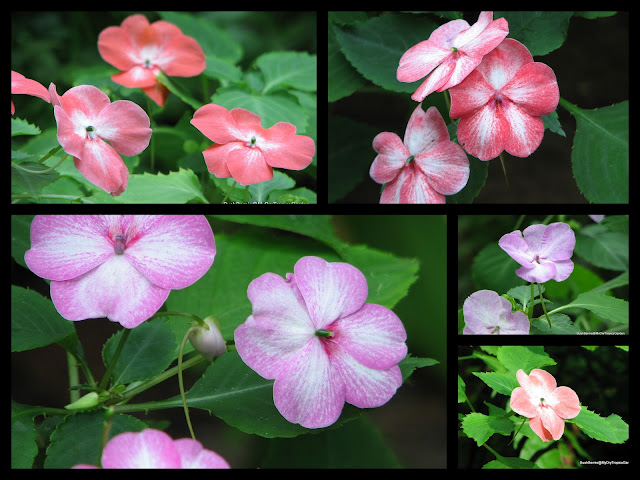 ... and the Impatiens walleriana are flowering once more after their rather drastic trim back a while ago, after the end of the wet season.

One of my favourite group of plants that are showing their lovely faces in various little corners of the garden at the moment are the Salvias.  I do have a few different varieties growing in pots out on the courtyard, underneath the pergola or out in the tiered garden beds.  They've only been part of this garden for a little while now.  Some were planted back in 2010, some last year and some just recently, but they're all doing well in their little spots. 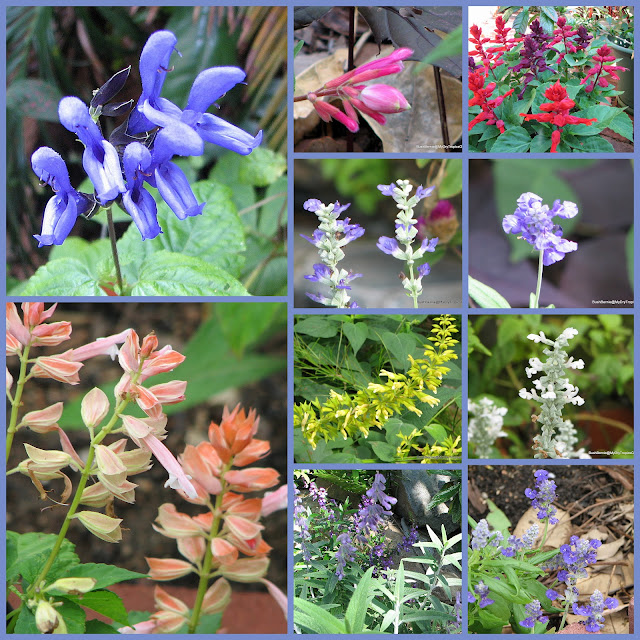 I love the different types of foliage, the variety of colours and forms.  They are wonderful additions to my garden.

as well as Tina's Weekend Flowers