January 26th is Australia Day here in Oz and it's a national holiday.  It's our official national day when we celebrate everything that is great and good about living in this lucky country of ours.

A similar ceremony happens in towns and cities all across our country ... and then it's time to celebrate in our uniquely Aussie way.  Usually this involves cooking snags on the barbie, throwing down a few tallies or stubbies, and chomping on some pav! 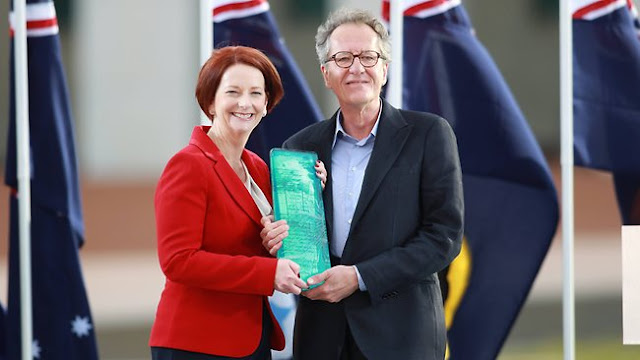 Australian of the Year this year is the acclaimed actor Geoffrey Rush, known around the world for his roles in movies like 'Shine' and 'Pirates Of The Caribbean'.  He was recognised for his distinguished 40-year acting career and award-winning performances, having achieved the rather rare distinction of winning an Oscar, an Emmy and a Tony! Aside from all that, he was lauded for his role in mentoring young Australian actors, for his work as an ambassador for the Melbourne Symphony Orchestra and UNICEF Australia, as well as his work as patron of the Melbourne International Film Festival.


Rush says he hopes to encourage more people to enjoy Australian-made cinema and theatre.  "We live on an island that boasts the oldest nation on Earth. There is inspiration right there, where performance rituals are at the heart of its being - our dreaming," he said. "The stories we tell ourselves as adults and to our children, in the communal dark, have a serious importance."  (Of course, we Queenslanders are extra proud as Geoffrey was Queensland born.) 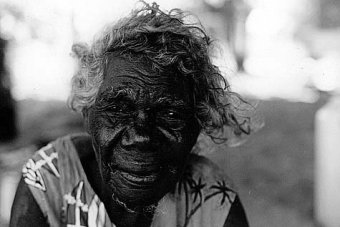 Senior Australian of the Year was awarded to an Aboriginal elder, Laurie Baymarrwangga. Ms Baymarrwangga was described as an "extraordinary elder", from the Murrungga, in the Northern Territory's East Arnhem Land.  She is now in her 90s and unfortunately was unable to attend the ceremony in Canberra.

She has dedicated her life to preserving her culture and environment through the Crocodile Islands Rangers and an online Yan-nhuangu dictionary project.  In the 1960s, Ms Baymarrwanga established a housing project on her homelands and started a bilingual school under a tree to educate her people. In 2010 she donated back-payments from rent owed to her in order to establish a 1000 sq km turtle sanctuary on her estate and establish the Crocodile Islands Rangers Program that created jobs for her own people.


While Laurie was unable to attend the award ceremony, she did share some of her thoughts on video for the occasion.  She stated, "My name, the names of these places, the languages of islands and the seas were given to us. These were given to us by the Ancestors when they made the world,'' she said.  "These are the places and the things I have taught generations of young people."

The Australian Day Council judges said, "Laurie has shown extraordinary commitment to maintaining her culture, the environment of her beloved Crocodile Islands, and ensuring younger generations continue to keep their heritage alive." 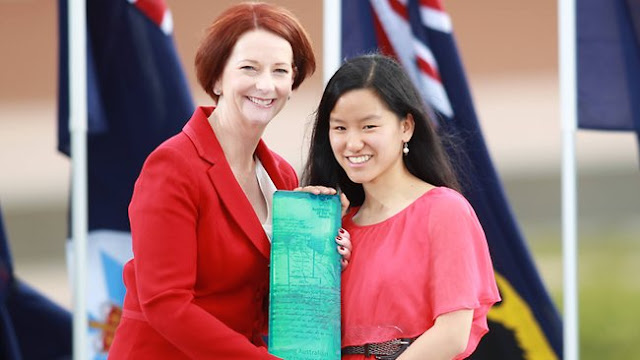 Young Australian of the Year went to engineer Marita Cheng.  She was recognised for her role in encouraging women to pursue careers in engineering having founded 'Robogals Global' in 2008, which is a group that teaches secondary school girls about science and technology.  By 2010, her organisation had run workshops for 3000 girls in Australia, and has since expanded with branches in New Zealand and the United Kingdom. 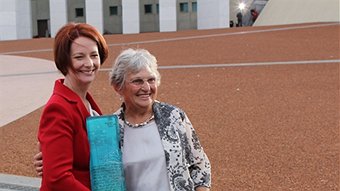 Australian Local Hero of the Year was awarded to foster mother and carer, Lynne Sawyers.  The judges said Ms Sawyers has shared her home for 15 years with over 200 lost, abused and heartbroken children.  "Having experienced a happy childhood herself, she wanted to give back," the Australia Day Council said. 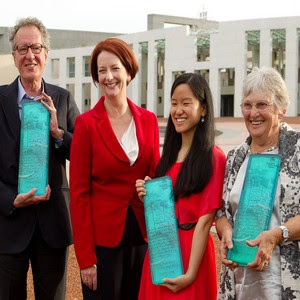 These winners were chosen from more than 5,000 nominations across the country.

There are other awards presented on Australia Day too, known as the Australia Day Honours.  439 people have been recognised for their diverse contributions and service to their fellow citizens and for the international community in this year's honours list.  This list included civic leaders, scientists, sportsmen and women, artists, and Defence Force personnel.


A High Court judge, Justice Virginia Bell;  the former head of the Federal public service, Terry Moran;  a conductor, Richard Bonynge; and the governor of Victoria, Alex Chernov;  were among those receiving the nation's top honour appointed as Companions of the Order of Australia in the 2012 Australia Day.