Wildlife On Wednesday ... the Pacific Baza.

While sitting on our verandah enjoying a leisurely Sunday morning, my husband and I spotted a small group of birds gliding slowly through the bushland and alighting on trees every few metres or so.  As they gradually came closer and closer, we were intrigued to find out exactly what these birds were as neither of us had ever seen anything like them before.  They had the most beautiful striped chest and I thought they would make most appropriate subjects for a WOW post. 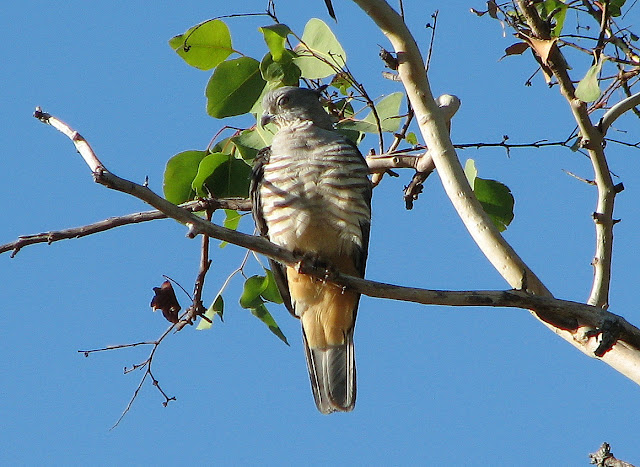 Of course, I hastily rushed inside to grab my camera to get a few shots and luckily they were interested in hanging around for a while before slowly flying off into the distance.  After they had gone, we got out our trusty bird identification book and found out they are called the Pacific Baza or Crested Hawk.

Aviceda subcristata, or Crested Hawk, have a distinctive slim black crest on a grey head.  They are the only Australian hawk that has a crest. 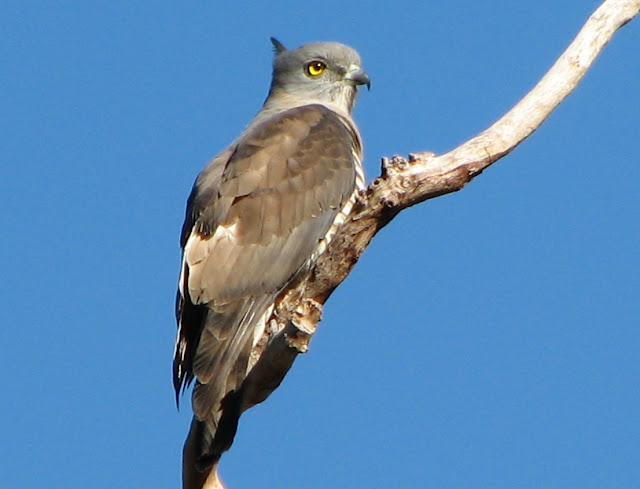 They also have rather large, piercing, bright yellow eyes. 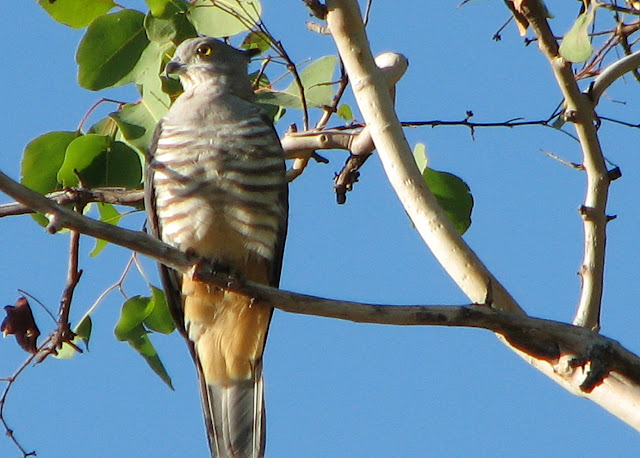 Their white breast has dark-brown bars all over it while their long tail has dark bars. 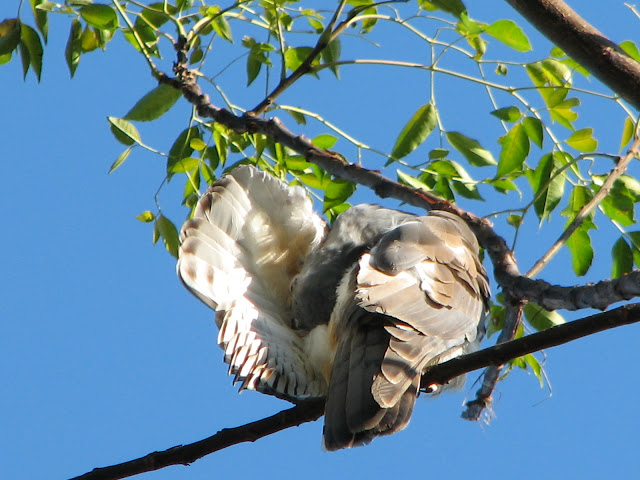 It's thought that they form permanent pairs and are often found in the company of their mate.  Occasionally they can be in a small family group and I think that was the case with this group of four birds.  It certainly appeared to me to be a family of older birds and juveniles. 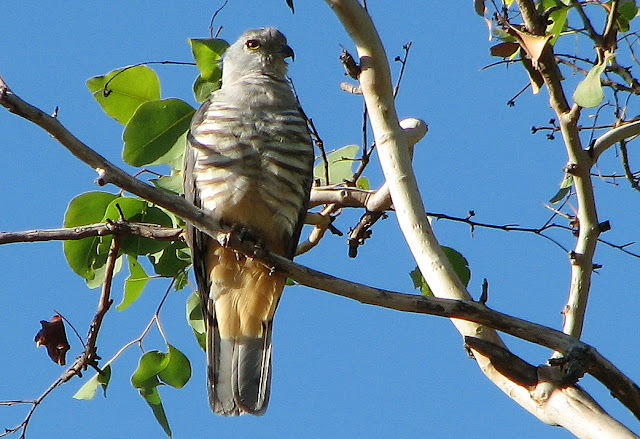 Apparently the mating flight display of these hawks is quite spectaular.  They soar and circle up to great heights and then swoop and tumble down.  Unfortunately we were not privileged with any such display.  They were simply cruising the neighbourhood and were gone within twenty minutes.  I do hope we get to see them again!