It's been quite a while since my last WOW post.  Oh dear, this is sounding rather like a confession!  I feel like I should have said 'Father' at the end of that opening sentence!!!   Well, I do feel a little guilty about letting the wildlife posts slip, but real life has been quite hectic and blogging has taken a back seat.  Anyway ... 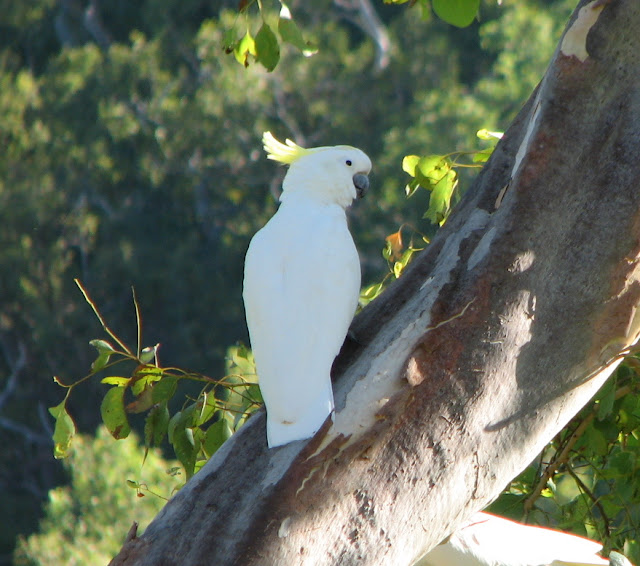 One of the regular background noises here in the foothills is the harsh raucous squawking of these magnificent white birds every evening around sunset as they head to their roost for the night.  They are Sulphur Crested Cockatoos or Cacatua galerita. 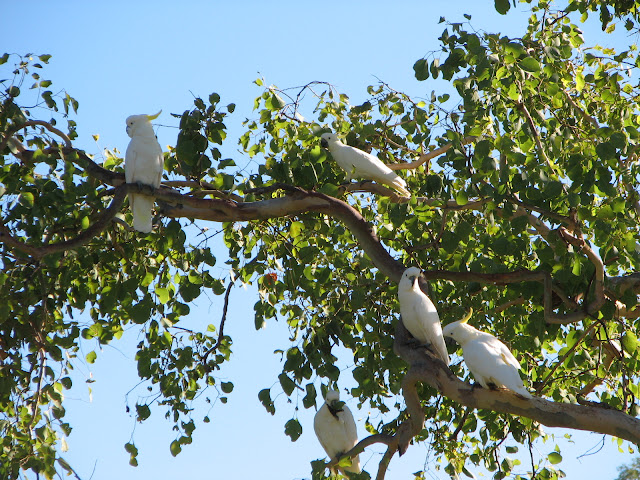 This rather large conspicuous bird is quite a common sight across the top of Australia and down the eastern coast of Queensland. They are an almost everyday sight here in my corner of north-eastern Oz.  Known to stay in the same area all year round, we have a large flock living in the foothills that surround my home, so I get to see and hear a lot of these birds.

They have a distinctive sulphur-yellow crest which is often raised when the males are showing off to the opposite sex or when the birds are alarmed or sense danger.  There is a yellow wash on the underside of the wings as well. 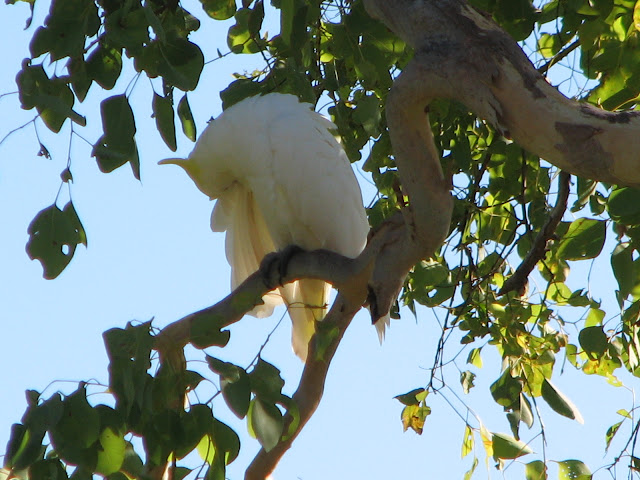 Sexes are similar, although the female can be separated at close range by its red-brown eye. The males have darker brown eyes. 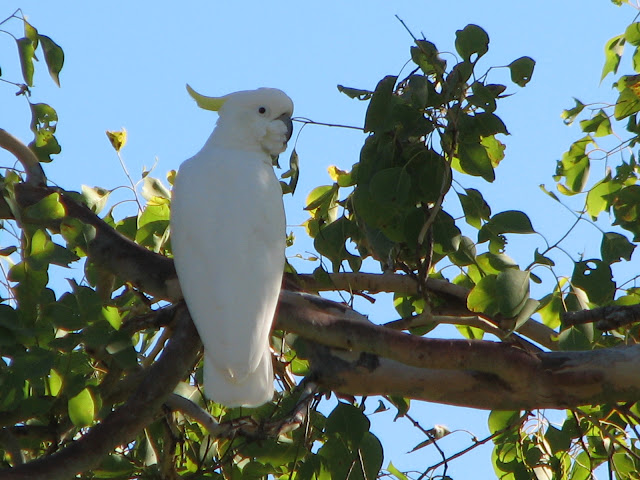 They eat berries, seeds, nuts and roots. When they’re feeding they will get together in a group and there will be a couple of birds acting as a lookout watching for possible danger.  Here's a video of some of the flock sitting in a tree close to our house, while others were feasting in a nearby Weeping Fig tree.

(You will need to scroll down to the Playlist at the bottom of this page and stop the music to enjoy the following video clips!)

They are a very, very, very …. VERY noisy bird, whether they’re resting or in flight. Before the cyclone tore through this area earlier this year, the flock would head off to the ranges towards the south around 6.00 pm every evening. Ever since the cyclone however, they have been roosting at night on the foothills closer to my home, so I have the privilege of nearly the whole flock flying close by on their way to their resting spot for the night. You can hear them coming from quite a way off!

Just a short video this time.  Some of the flock are congregating in trees not far off, before they fly off to roost for the night.