Apparently we received over 80mm of rain yesterday ... there was localised flooding as the downpour coincided with a king tide!  This photo is from our newspaper ... don't you just love the look of sheer enjoyment on their faces!   Of course this whole suburb that forms the background of this photo was pretty much under water ... I'm sure the adults were not having as much fun!


Well that was in town ... I live out of town and in the foothills of one of the surrounding ranges, so my street stayed pretty dry.  The highway was closed so we were unable to get into town but that was open again this afternoon ... so no inconvenience really!

On our property there was actually little damage ... a few eucalyptus branches down ... lots of green ants' nests laying in tatters on the ground after being knocked out of the trees by the wind and rain (can't get broken up about that though!)... some soil carried away in our front yard ... but my hubbie's rather ugly retaining wall did it's job and sent most of the rushing water away from our front yard! 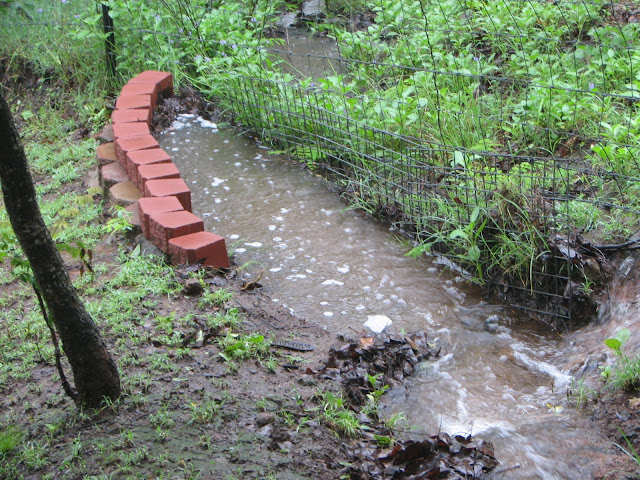 The area that suffers the most damage is our driveway ... as it's on a slope the rocks from the driveway are always carried away during heavy rain and we're left with lots of ruts. 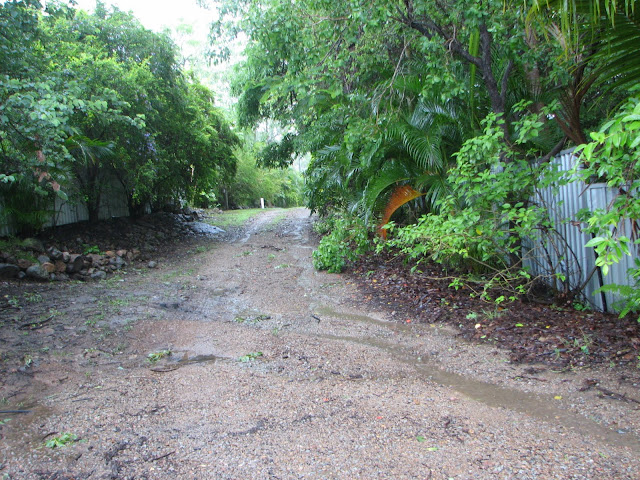 The rocks are carried away down the concrete driveway and end up in not-so-little mounds at the bottom       ... 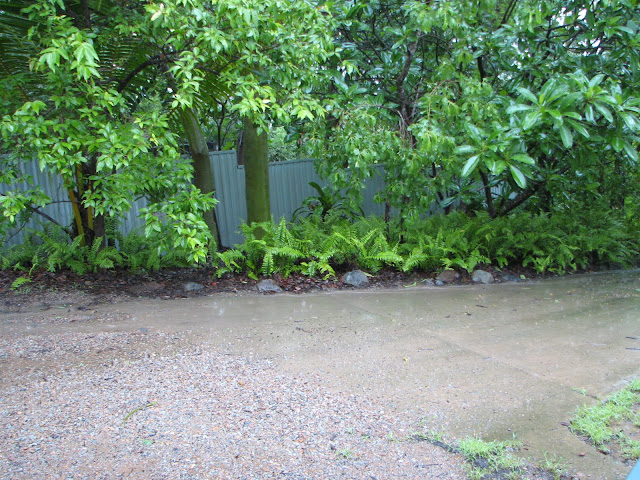 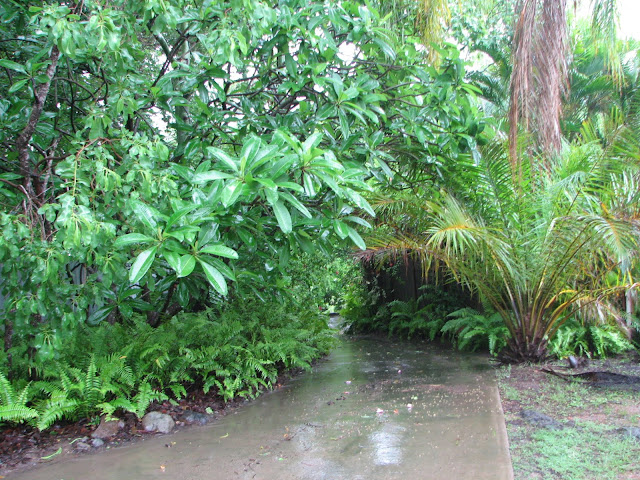 I think I could almost start a rock garden down there at the end of this concrete driveway!!!


Most of the plants have come through .... but I will give it some more time before I'll say positively all have come through.  I've found over the years that some of the drought tolerant plants I grow here because of the mostly dry conditions, suffer terribly during such heavy downpours!

The first bloom on my new Gladiolus callianthus tried desperately to open during the downpour ... it couldn't quite get there, but there are other buds ready to be the next to show off their beauty .. can't wait!
(Sorry the photo's a bit blurry, but I took it during the downpour and couldn't get very close!) 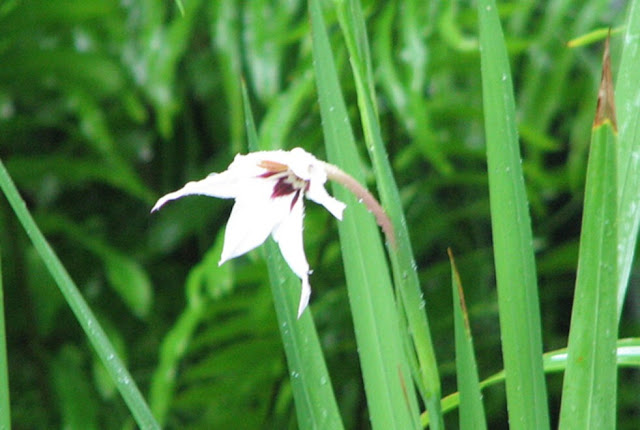 Email ThisBlogThis!Share to TwitterShare to FacebookShare to Pinterest
Labels: 'wet' season, summer, Summer in the garden